Over the past day, Ukrainian military did not suffer any losses as a result of hostilities. In Donetsk sector, militants carried out provocations only at the Kamianka-Avdiyivka – Butovka mine frontline, said Col. Andriy Lysenko, Ministry of Defense of Ukraine spokesperson on ATO-related issues, at a briefing at Ukraine Crisis Media Center. “All ceasefire violations happened between 14:00 and 23:00. Militants conducted one short mortar fire on Kamianka,” said Col. Lysenko. In all other cases, the adversary used machine guns and grenade launchers. Ukrainian servicemen opened fire in response. 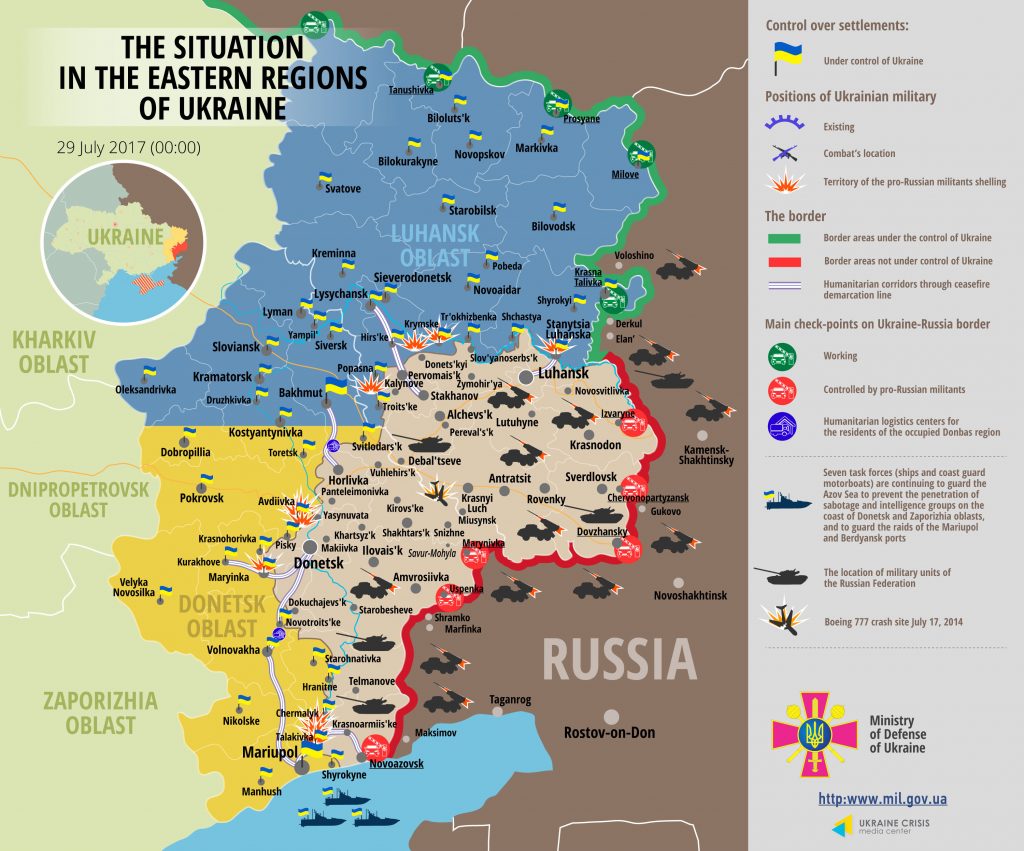 In Luhansk sector, the most active fighting continued near Novozvanivka and Bakhmut road. “At around 13:00 occupiers conducted a short mortar attack on Novotoshkivske. Between 17:00 and midnight, the Russian occupying troops conducted five attacks with grenade launchers in Novozvanivka. Three more enemy attacks were recorded in Krymske; two of them – with mortars,” informed the spokesperson on ATO-related issues.

In Mariupol sector, militants conducted three attacks on the Ukrainian military positions in the morning. “In Gnutove, the Russian occupying troops conducted a short mortar attack, and in Talakivka, they fired with the armaments on the infantry fighting vehicle. Another enemy attack took place in Maryinka,” noted Colonel Lysenko. At around 17:00 militants carried out the armed provocation near Pavlopil. They used mortars and grenade launchers.