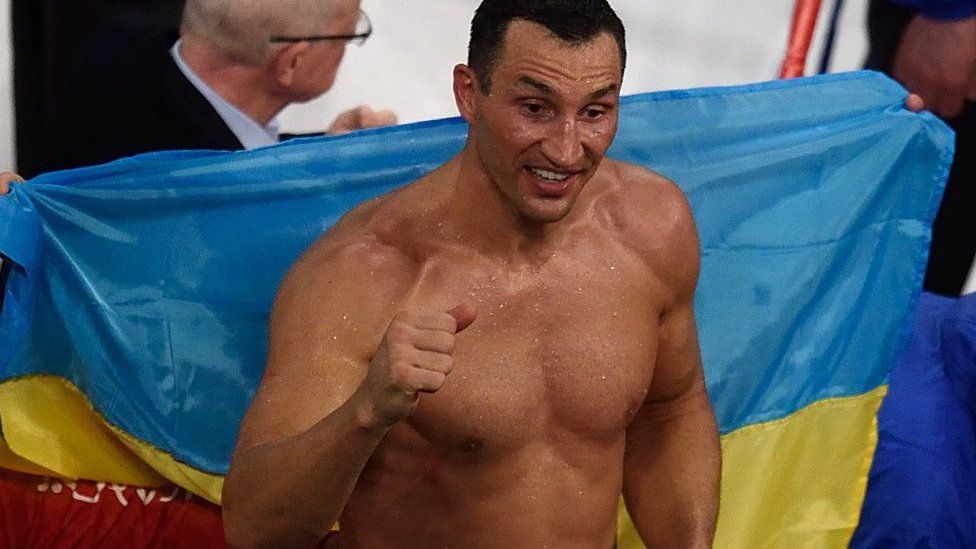 UCMC presents the translation of a short article by Ukrainska Pravda.

“At some point in life, due to different circumstances, we either have or want to switch our active part of life and prepare for the next chapter, for new challenges, tests. Obviously, I’m not an exception to the rules, and now it’s my turn to do it,” he says.

Klitschko hopes that his next career, which he started several years ago, will be as successful as the previous one. “I want to invite you (my fans – ed.) to continue this new and exciting journey with me and with the Klitschko brand,” he concluded his speech.

At the same time, Klitschko did not say what his new career was about. However, during a speech, he said that while he was a boxer, he created his own business and intellectual property.

The man, the myth, the legend

But you know what? He’s not just a boxer. Just read the following intro to the Wikipedia article about him.

He is a two-time world heavyweight champion, having held the WBA (Super), IBF and WBO titles, as well as the IBO, Ring magazine, and lineal titles. A strategic and cerebral boxer, Klitschko is considered to be one of the greatest heavyweight champions of all time, as well as among the hardest punching knockout artists in the history of the division; his strong jab, straight right hand and left hook being his most formidable weapons.

As an amateur, Klitschko represented Ukraine at the 1996 Olympics, winning a gold medal in the super-heavyweight division. After turning professional later that year, he defeated Chris Byrd in 2000 to win the WBO heavyweight title. Klitschko’s first reign as champion ended in an upset knockout loss to Corrie Sanders in 2003, which was followed by another knockout loss to Lamon Brewster in 2004. It was during this time that Klitschko hired Emanuel Steward as his trainer, which began an eight-year partnership that lasted until Steward’s death in 2012. In particular, Steward was credited with Klitschko’s transition from an aggressive puncher to a more defensively-oriented boxer, much as he had done with Lennox Lewis in 1995 to 2003.

In 2006, Klitschko regained a portion of the world heavyweight championship after stopping Chris Byrd in a rematch to win the IBF and IBO titles. He won the WBO title for a second time by defeating then-unbeaten champion Sultan Ibragimov in 2008. Following his defeat of Ruslan Chagaev in 2009, Klitschko was awarded the Ring and lineal titles, and lastly, he won the WBA title from David Haye in 2011. Until his defeat by Tyson Fury in 2015, Klitschko was also recognized as champion by the Transnational Boxing Rankings Board, while the WBA recognized him as one of its “Super champions“, a distinction given to boxers who hold that title in addition to those by other sanctioning bodies in the same division.

Overall, he became the second-longest reigning heavyweight champion of all time, and has the second-most successful title defenses total of any heavyweight boxer with 23 (including his initial reign as WBO champion), behind Joe Louis (25) and ahead of Larry Holmes (20) and Muhammad Ali (19). On 14 September 2015, BoxRec rated Klitschko as the number one fighter in the world, pound for pound. On 15 November 2014, he reached a career peak of number two on The Ring‘s pound for pound list. Klitschko has fought in 29 heavyweight title fights, more than any heavyweight champion in the sport’s history. He also holds the record of having defeated the most boxers with an undefeated record, at 12, and has also defeated ten current or former world champions throughout his career.

Wladimir’s older brother, Vitali Klitschko, is also a former WBC, WBO, and The Ring heavyweight champion. From 2006 until 2015, Wladimir and Vitali dominated heavyweight boxing, a period typically known as the “Klitschko Era” of the division.

Known as “Dr. Steelhammer”, he first achieved world attention at the 1996 Summer Olympics in Atlanta, Georgia. He defeated Paea Wolfgramm to win the Super-Heavyweight gold medal. He is announced as “Dr. Steelhammer”, a nickname similar to his brother, Vitali, who goes by “Dr. Ironfist.” Both brothers hold PhDs.

Can a sportsman in his forties get more badass than this?