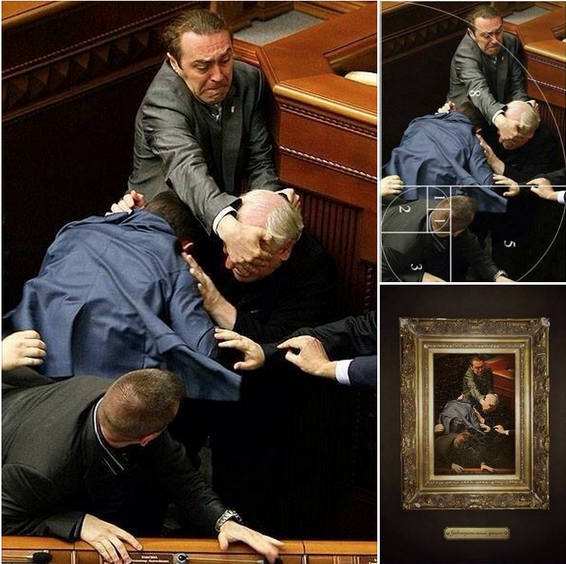 In February 2014, after long-lasting peaceful demonstrations and bloody confrontations in the center of Kyiv, President Viktor Yanukovych fled to Russia. The interim government announced early elections, which were prepared against the backdrop of the annexation of Crimea and the so-called “hybrid war” in eastern Ukraine. The Russian occupation made it impossible to hold elections in the Crimea and some parts of Donetsk and Luhansk regions. The society primarily required that the new convocation of the Verkhovna Rada headed for the Association with the European Union. People were looking forward to the reformation of the country and the system of government, open investigation of crimes against humanity during the Revolution of Dignity, de-communization…

The new parliament is special not only due to the situation in which it was elected but also new faces, constituting over a half of the deputy corps. Voters wanted “fresh blood” and they got it in the “Heroes of the Maidan”, soldiers, volunteers, and journalists. Among the new parliamentarians are Mykhailo Havryliuk, who became famous during the Maidan because of a video of his harassment by Berkut servicemen; and Yuriy Bereza, commander of the Dnipro battalion, that was among the first to respond to Russian aggression; and Crimean Colonel Yuliy Mamchur, who is remembered due to his brave unarmed march to Russian tanks; and uncompromising journalist Tetiana Chornovol; and Dmytro Tymchuk, who founded a volunteer project to inform the public on the military and political situation in the country …

The new parliament comprises of 422 MPs, of which a third belongs to the presidential party “Petro Poroshenko Bloc” (BPP). The second largest party, the People’s Front, founded by Arseniy Yatsenyuk and Oleksandr Turchynov, joined the coalition with the BPP. The Samopomich party, founded by Mayor of Lviv Andriy Sadovyi, the Radical Party of Oleh Lyashko and Yulia Tymoshenko’s Batkivshchyna party also joined the coalition agreement. The MPs were also represented by the pro-Russian Opposition Bloc party, the Vidrodzhennya party, the Volya Narodu group, and 47 non-party deputies.

Huge theater, or The Game of Thrones

Since the new Parliament started work, there has been fear among the population that it would not last for more than 1-2 years, as many old odious politicians have joined it. Great expectations mingled with traditional distrust of power. Let’s recall just a few events that worried television viewers and readers of morning newspapers.

In February 2016, the parliament was very close to being dissolved – a parliamentary crisis broke out. To succeed in dismissing the then Prime Minister Arseniy Yatsenyuk, the Samopomich party, Batkivshchyna and the Radical Party announced their withdrawal from the coalition. The tense situation ended in the resignation of the acting prime minister and the appointment to the post of the then Verkhovna Rada chairman Volodymyr Groisman.

Hot parliamentary discussions were sometimes accompanied with physical violence. For example, December 2014 witnessed MP battalion commanders’ involvement in a parliamentary confrontation in response to a phrase “It’s not a Maidan here”. In November 2016, Lyashko’s words accusing Yuriy Boyko of receiving “consultations from Moscow” led to a fight between Oleh Lyashko and the head of the Opposition Bloc party.

President of Ukraine is said to be preparing a law to deprive all deputies of immunity. Without waiting for it, in July 2017, six MPs were suspected of corruption and misfeasance which resulted in a lawsuit on the deprivation of parliamentary privilege. However, three of them retained immunity before the law. Similar voting was held earlier, for example, on Ihor Mosiychuk. However, he reacted to his confinement with a hunger strike, after which the voting was declared invalid and Mosiychuk returned to his workplace. Since then, TV viewers have not heard anything about him. In June 2015, Serhiy Klyuyev was deprived of immunity. The General Prosecutor’s Office accused him of misfeasance and embezzlement. Now Klyuyev is wanted by Interpol.

Renaissance of the Verkhovna Rada, Part Two: The Fangorn of Reforms

Renaissance of the Verkhovna Rada, Part Three: Is It Upbeat of Downbeat?