The south of Mariupol sector was the main hotspot in eastern Ukraine yesterday. Russia-backed militants started attacks at about 18:00 and conducted in total seven shellings during the evening. “They fired a total of more than 60 mortar rounds and over 40 rounds from ‘Grad P’ portable rocket system on Starohnativka and five other Ukrainian positions close to Azov sea. The most powerful attack was the one in Hnutove, which militants were shelling for more than two hours without breaks. However, the ceasefire held in Maryinka area,” reported Col. Oleksandr Motuzyanyk, Ukrainian Ministry of Defense spokesperson on ATO at Ukraine Crisis Media Center. 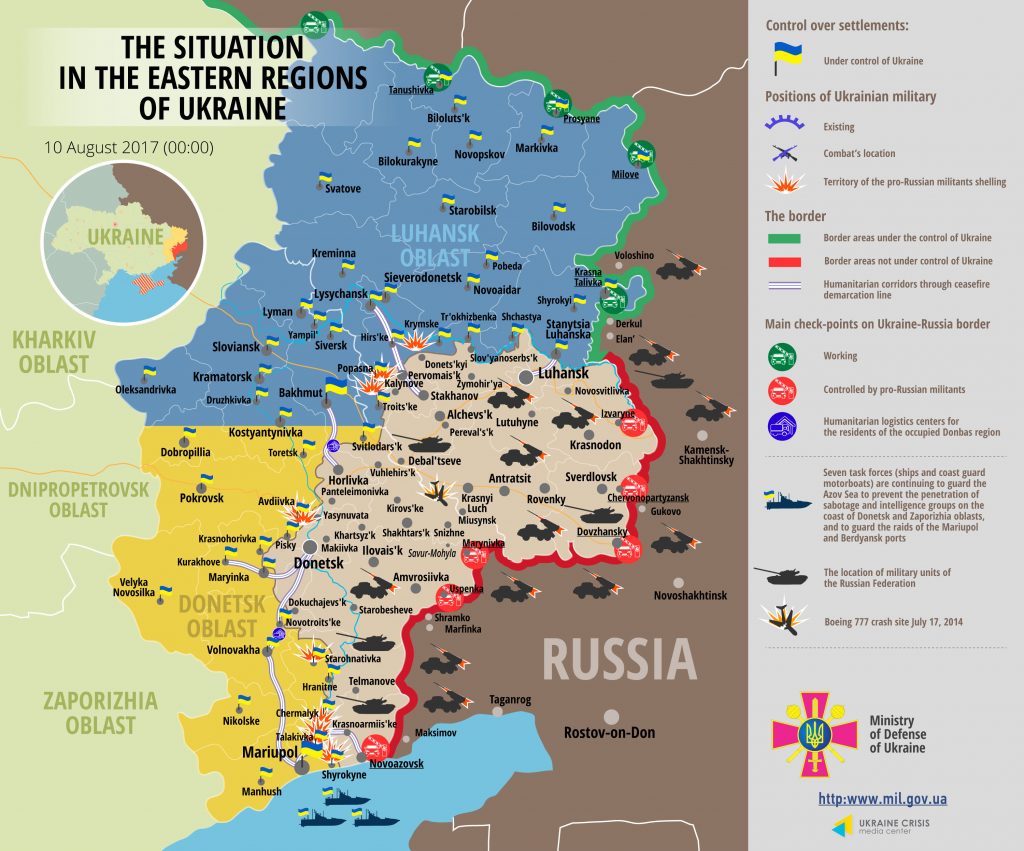 Ukrainian troops incurred no lethal casualties yesterday, but one serviceman was injured during militants’ shelling in Talakivka.

According to Ukrainian representatives in JCCC, Russia-backed militants destroyed a video surveillance camera at Donetsk filtration station and imitated shelling by Ukrainian forces by exploding engineer explosives close to their own positions. “They organized these provocations at the time when SMM OSCE patrol was working in the area,” noted Col. Motuzyanyk.

Report on the military developments as of August 9 is available here. Interactive data on the shelling: chronology shelling chart and the interactive map.