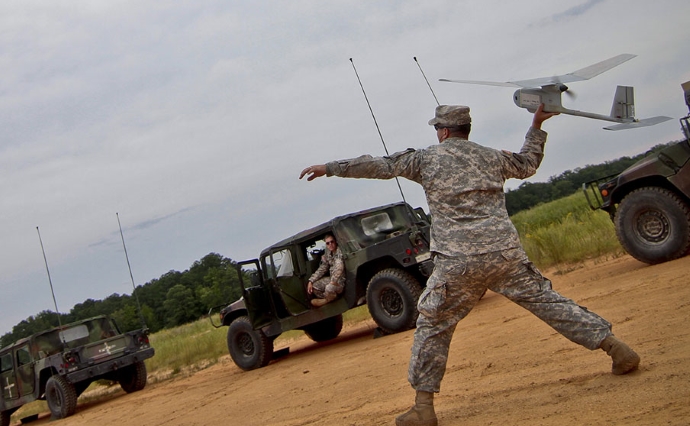 Mass media actively discuss the possibility of the West providing Ukraine with lethal weapons. American and Ukrainian high officials make various statements about the prospects of Ukraine getting Javelin missiles.

How effective can such help be?

Of all the types of international assistance, the most difficult to receive is military assistance. Developed countries are interested in the slow spreading of modern military technology throughout the world. The later the potential enemies of the US get their hands on it, the better. It is unacceptable for the United States to see its modern weapons in some of the troubled regions of the world and come face to face with it in battle. So, the last thing the US wants is counter-battery radars, unmanned aerial vehicles and night vision devices they provided used to fight against them.

The USA has a lot to give us. And although the importance of providing Ukraine with lethal weapons is a little fetishized and exaggerated, it is obvious that our armed forces can gain some advantage. And in order to better understand what can happen to lethal assistance, we would like to examine what happened to the devices that we have already received.

Ukraine began to receive the US logistical assistance almost 20 years ago. In 1998, we received the first “parcels of happiness” within the framework of the FMF program (US funding program for military equipment, property, and services to foreign countries).

When the war in the East began, no one tried to invent anything new, and the aid went via an already established channel. There were no such mechanisms with other countries, so the assistance arrived as humanitarian.

In the spring of 2014, the process started and a few months later Ukraine began to receive the first containers.

However, a large number of middlemen between the end-user and the donor countries has become one of the main reasons why our soldiers were not always able to use the received things. The second problem is the lack of a distribution system.

2014 revealed both of these problems very acutely. The country was not ready for war either morally or organizationally. As a result, the decisions as to what kind of help we need or do not need were made rather chaotically.

In the first year of the war, our army was unprepared for the winter, and donor countries often gave us warm clothes and dry rations.

However, it is very difficult to provide thousands of military servicemen with uniform, military electronics, lethal and non-lethal weapons and vehicles. And when the army grows several dozen times within several months, you cannot be sure that the logistics infrastructure is able to adapt and work quickly. Even with a sufficient budget.

Because of this, in 2014 the “holes” in providing winter clothes and warm things were often patched by volunteers, soldiers themselves, and donor countries.

But in 2015, most of the international assistance would consist of cars, counter-battery radars, and instructor services.

One of the biggest myths about international assistance is the belief that “it was embezzled.” It is not true.

Most of the humanitarian military aid is immediately registered.

In 2014, when the volunteer battalions were set up, sometimes even weapons were written off with gross violations of procedures, and such cases were not rare. And as a result, it appeared on the black market. The units of the Ministry of Internal Affairs, the SBU and the Law Enforcement Military Service are still struggling with the market of illegal weapons, many of which disappeared in 2014.

But after volunteer units joined the Ministry of Internal Affairs and the Armed Forces, this situation has improved considerably.

Now military accounting is quite tough, and it’s much more difficult to steal a gun or a night vision device. They are issued to fighters against signature and can be written off only after an investigation confirming the fact of the destruction of material values.

At the time we received the US counter-battery radars, Raven UAVs, night vision devices, and HMMWVs, the accounting had been already well-established.

While writing a report, we were unable to detect any single fact of large-scale thefts of expensive devices provided to us by partners.

An exception was the US dry rations, which in 2014 often appeared on ads websites. But, most likely, it was a result of abuse at the level of squadrons, platoons, and individual soldiers.

As to the thefts of UAVs, night vision devices, and vehicles, we could not find any such facts.

The problem is that for various reasons much of the provided property is either used inefficiently or not used at all.

Raven unmanned aerial vehicles can be the best example here. They are not intended for a war with a high-tech opponent who has modern means of electronic warfare in a territory with a large number of power lines and in the conditions of severe Ukrainian winter.

According to technical characteristics, such a complex can fly up to 10 kilometers. In fact, the military were able to confirm launches to a maximum range of 6 km, after which an aircraft began to lose control, or the quality of the image feed became unacceptable. A power line or any other source of electromagnetic radiation in the route can cause further reduction of this distance.

The signal is transmitted via an unprotected analog channel, and therefore, if the equipment is available, it can be viewed by both parties.

In addition, the Raven devices were completely unsuitable for use in the conditions of the constant radio-electronic fight. During a strong counteraction, they easily lose control and fall.

In fact, an unmanned aerial vehicle of this type is suitable for wars somewhere in Africa and Afghanistan, where the enemy mostly has light weapons. The US army often launches it ahead of its columns during raids.

But in a position war with a technically strong opponent, these complexes turned out to be equal to household quadcopter machines. They have significantly lower abilities than UAVs of domestic production (for example, Leleka-100).

And this is only part of the problem. The fact is that the effectiveness of the unmanned system is determined, first of all, by the qualifications of the crew. The crews underwent training in the United States and in Zhytomyr. Quite obviously, the quality of training in Zhytomyr was much lower. In addition, a large number of people who were sent to this training have already been demobilized or retired.

Another significant drawback of the complex is its book value. Despite the existence of discharging procedures, soldiers are often afraid to launch it – because, after the loss, there is a risk of financial responsibility for this.

As a result, we have a complex that:

The total cost of the complexes provided to Ukraine is $ 12 million.

Did such an expensive aid have a significant impact on the course of the fighting? Obviously did not. Could US taxpayers’ money be used more efficiently? Certainly, yes.

Does such a situation increase Ukraine’s chances of receiving more serious means and technologies? Think for yourself.