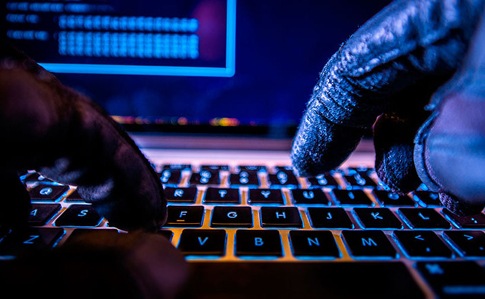 After Donald Trump’s victory, the discussions on Russia’s that had allegedly helped Trump win, have never seized. Trump keeps behaving as a guilty person, thus the crisis is gradually mounting. The most recent development in this drama comes the fact that Robert Mueller, the special counsel to investigate potential collusion between Trump and the Russian government, called the grand jury in an attempt to widen the arsenal tools available to investigators.

UCMC presents an article by Ukrainska Pravda on a Ukrainian hacker who voluntarily decided to testify for the FBI when he learned that the software he had developed was used for the elections manipulations in 2016.

The Ukrainian hacker nicknamed Profexer became an FBI witness in the case on the hacking of servers of the US Democratic National Committee, reports The New York Times.

In an interview to the media, the Head of the Ukrainian cyber police Serhiy Demedyuk said that Profexer came to the police at his own will. He decided to surrender after the U.S. intelligence publicly stated to have identified that the program he had written – P.A.S. web shell – was used by the hackers to attack the servers of the U.S. Democratic Party.

Demedyuk also said that he had made the hacker available as a witness for the FBI. One of the FBI agents present in the US Embassy in Kyiv is working with him.

Profexer was not arrested because he was the author nor the user of the harmful program. “He told us that he created it not to be used for this exact purpose,” Demedyuk explained.

Ukrainian MP Anton Gerashchenko told that the Ukrainian programmer was paid to develop the program, he actually did it without knowing that it will be used for the Russian hackers’ attacks.

There is no proof to the fact that the Ukrainian hacker was working for the Russian intelligence, however, his program was used for this purpose, the media proceeds.

It is also reported that the FBI found traces of this harmful code also on the servers of the Central Election Commission of Ukraine that came under cyber attack during the presidential elections of 2014.

Noteworthy is the fact that the results of this cyber attack were used by the Russian Channel 1. Back then the hackers uploaded on the server of the Central Election Commission a page with the vote count suggesting that the highest number of votes was taken by the Pravyi Sektor leader Dmytro Yarosh.

The fake was used by the Russian propaganda to claim that far-right and fascists acceded to power in Ukraine.

Moreover, a similar technology was exploited in 2016 to hack the email of the World Anti-Doping Agency (WADA) that was blaming the Russian sportsmen in the systematic use of doping.

The U.S. intelligence is convinced that behind the hack of the U.S. Democratic Party in July 2016 is a group of hackers APT 28 also known as Fancy Bear that has ties to the Main Intelligence Directorate (GRU) of the Russian Federation.