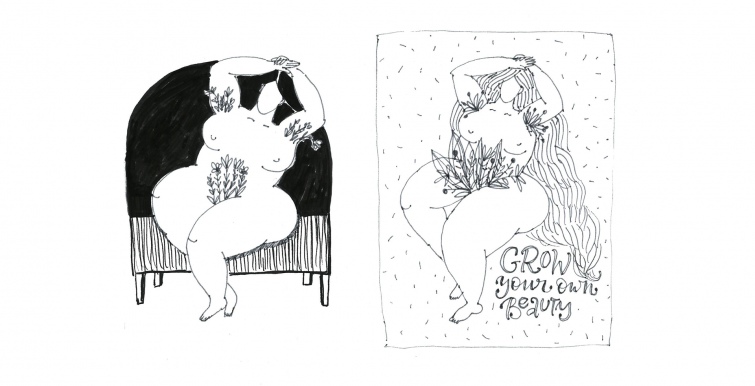 Posters by Ukrainian designers Maria Kinovych, Mykola Kovalenko and Hennadiy Cherneha will be presented at the graphic arts festival Graphic Matters 2017 in Breda, the Netherlands.

The festival sees graphic arts as a way to bring up socially important problems. Thus, the section “Speak Up!” in which the works of Ukrainians will be showcased, aims at emphasizing the climate change, human rights and the world of the post-truth through posters. Organizers also say that the politics of Donald Trump discriminating separate groups of people may be a separate theme for the graphic arts works.

The festival had received over 2,500 applications from 90 countries sent by those willing to take part in the “Speak Up!” competition.

The work “Grow your own beauty” by Maria Kinovych draws on body positive – an attitude of approval towards the own body and emphasizes the woman’s right to decide whether or not to get rid of the hair on her body.

Mykola Kovalenko and Hennadiy Cherneha devoted their poster to the influence that the media have on public opinion. The artists illustrated the old saying “to make an elephant out of the flea” meaning to exaggerate.

Graphic Matters 2017 will take place from September 22 to October 22.