The day in the ATO zone yesterday started with a very intense night attack at Krymske.  “It lasted almost one hour. Militants fired over 60 mortar shells and were actively shooting from light weapons,” informed Ukrainian Ministry of Defense spokesman on ATO – related issues Colonel Oleksandr Motuzyanyk at a press briefing at Ukraine Crisis Media Center. Later militants violated the ceasefire in Popasna district three times at dawn and in the evening. “There was no other combat activity in Luhansk sector,” added Col. Motuzyanyk. 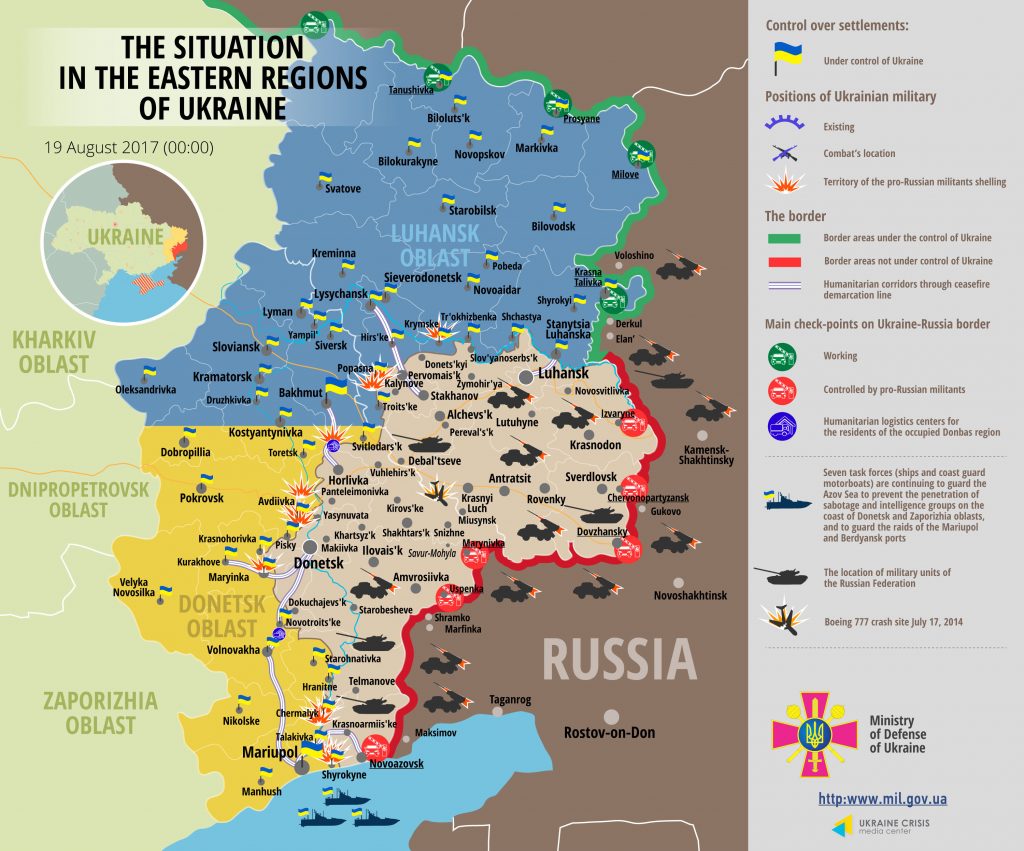 In Mariupol sector, Russian proxies were attacking along the entire frontline.  “Mortar attacks occurred in Maryinka and Chermalyk.  Moreover, militants conducted a staged artillery attack in the vicinity, and it posed no threat to the troops,” said the spokesman. Low and medium intensity firefights traditionally took place in the south – in Pavlopil, Vodiane and Shyrokyne.

No Ukrainian serviceman died in action in the ATO zone yesterday, but three troops were wounded.

Report on the military developments as of August 18 is available here. Interactive data on the shelling: chronology shelling chart and the interactive map.