Avdiivka and Shakhta Butovka position were the main hotspot in the east of Ukraine yesterday. “In total, hostilities in that area continued more than 10 hours. During this time, Russia-backed militants fired more than 70 mortar rounds at our positions. Moreover, they were almost incessantly firing from small arms,” reported Ukrainian Ministry of Defense  on ATO- related issues spokesman Oleksandr Motuzyanyk at a press-briefing at Ukraine Crisis Media Center. 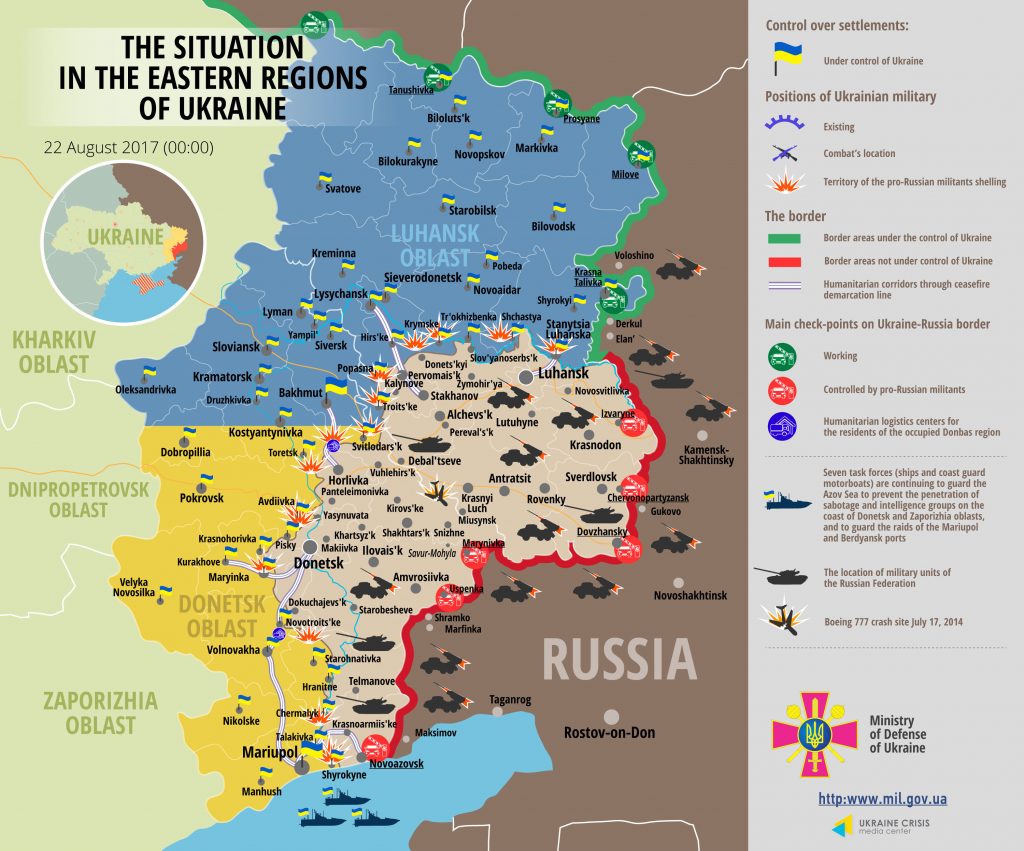 Russia-backed militants violated the ceasefire 9 times in Luhansk sector. During the day they were firing from light arms in Krymske and Novotoshkivske, these attacks were short. After the sunset they fired from mortars one time in both areas. Militants also violated the ceasefire in Novooleksandrivka and Troitske, in Troitske they fired from mortar before the dawn. In Stary Aidar and Stanytsia Luhanska they used machine-guns.

In Mariupol sector, militants opened fire on Ukrainian positons in the vicinity of Bohdanivka just after the midnight. During the day, they fired from small arms in Mariynka, then in Vodyane and Shyrokyne after 18:00. “In each of the incidents militants fired 2-3 mortar rounds in addition to small arms fire,” added Col. Motuzyanyk.

One Ukrainian serviceman was killed in action yesterday. This happened during militants’ shelling in Avdiivka area. Moreover, one serviceman was wounded in Zaitseve area.

Report on the military developments as of August 21 is available here. Interactive data on the shelling: chronology shelling chart and the interactive map.