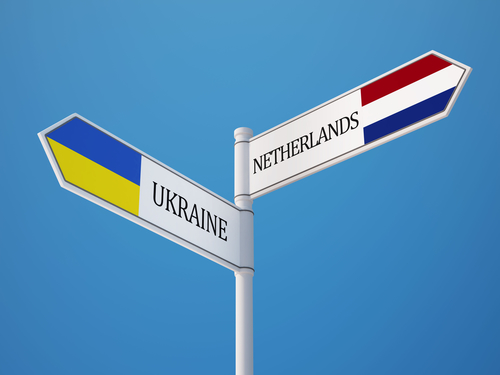 UCMC offers your attention short and translated interview of Tatyana Omelchenko in the delo.ua online media with the Ambassador of the Netherlands to Ukraine Kees Jan René Klompenhouwer on the economic interaction between Ukraine and the Netherlands: the Dnipro River development, Dutch business in Ukraine and the prospects of Ukrainian exports to the EU countries.

What are the ideas on developing the Dnipro River as a waterway and what are the obstacles?

In Ukraine, rivers account for less than 4% of transportation. In the Netherlands, by comparison, this figure is 49%. Dnipro is a European river, which could be integrated into the trans-European transport corridor in the future.

In case agro-industrial output and its exports in Ukraine increase, this will demand an increase in transportation to 600,000 travels a year. And this will definitely lead to the destruction of Ukrainian roads and an increased level of emissions into the atmosphere. (…) The river would become a serious help for road and rail transportation. (…) As for the products transported on the river, Ukraine has not only grain, but also metal, coal, building materials, as well as container cargo.

The structure of Ukrainian transport system management, including rivers, should be modernized in accordance with international standards. (…) There are 6 locks on the Dnipro, whose modernization does not require huge financial resources. (…) Another problem is the shallowing of Dnipro. Some places require bottom dredging.

How are you going to finance the Dnipro development projects?

Before the Maidan, the priorities of cooperation between the Netherlands and Ukraine were energy and energy conservation. Have they changed?

The commercial conditions of our cooperation have completely changed. Speaking of the gas sector, the Royal Dutch Shell planned to conduct field exploration, and, probably, further shale gas production in Ukraine. But at the current low price for traditional oil and gas, shale gas extraction becomes unprofitable. In addition, part of the territories where gas exploration activities were planned is located in Donbas. In view of this, the project is terminated.

In the energy sector, we are actively developing the potential of using biomass. Agricultural waste products are not used properly in Ukraine (…). The Netherlands is funding a number of pilot projects that show the technical principle of using biogas and proves its economic benefits.

More than 500 enterprises with Dutch capital were registered in Ukraine in 2013. And now?

None of the companies has closed up its business in Ukraine. Some of them have just slowed down their development during the crisis. According to our embassy, 250 Dutch companies were registered ​​in the fall of 2013. Now there are 350 of them. They are mainly working in agricultural and IT sectors. For example, Galicia Greenery in Lviv region has launched the second phase of vegetable greenhouses; Zeelandia is engaged in producing confectionery products; Unilever opened a tea packing factory in the summer of 2016 in Gostomel (Kyiv region). (…)

Experts who are the opponents of the EU-Ukraine Association Agreement believe that our country is attractive to the West only as a market for its defective products and low-paid manpower source … That is, as a colony.

Ukrainian economy can be compared in volume with the economy of one of the twelve Dutch provinces — North Holland. Nevertheless, your country has the potential. (…) And if it is used properly, then everyone will win. The EU does not want the Ukrainian economy to remain at the current level because then the gains from our trade will also be low. To turn your state into a colony is not for the benefit of Europe.

The New York Times has published an article saying that the Ukrainian economy suffered great losses during the first year after its entry into the Free Trade Zone with the European Union. The European quotas on imported products cause great damage.

The Agreement provides for the terms of adaptation to European standards (…). During this time it is important to realize new opportunities and reorient production. As to quotas, they have already been raised. But the problem is also that the Ukrainian economy is not diversified, and your country has not yet unlocked the power of the FTA Agreement.

Ukrainian exports to the Netherlands are two times less than Dutch imports to Ukraine. Are the Dutch not very interested in Ukrainian products?

In this case, price and quality are taken into consideration. Besides, you should not only produce a quality product, but also should be able to sell it. But we are helping Ukraine in diversifying the production and exporting of goods. With the support of the Government of the Netherlands, trainings on regulatory terms of trade in Europe were conducted for small and medium-sized businesses. (…) We have also published a guide for Ukrainian exporters, which contains recommendations for entering the EU market. The Embassy organizes trade missions to Ukraine, invites Dutch companies to get acquainted with the Ukrainian business circles.

I see a great potential for cooperation between our countries.