Shortly after midnight militants fired Zaitseve with small arms. After that, silence settled all along the contact line in Donetsksector. “At about 13:00 the fighting resumed on Avdiivka – “Butovka Mine” front line and continued intermittently until the end of the day. The Russian occupying forces actively used machine guns and grenade launchers. The enemy launched ten mines of 120 mm caliber during one of the attacks on Avdiivka,” informed Colonel Oleksandr Motuzyanyk, Ministry of Defense of Ukraine spokesperson on ATO-related issues, during a press briefing at Ukraine Crisis Media Center. 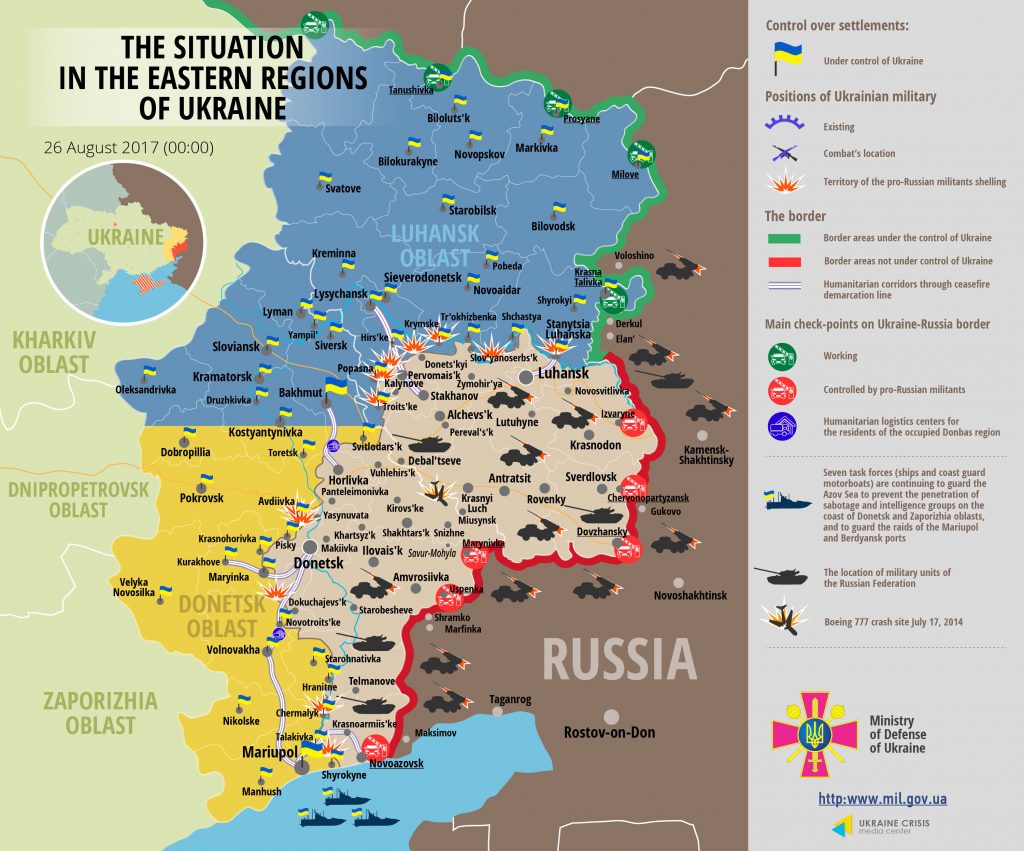 In Mariupol sector, militants conducted all armed provocations on Chermalyk-Shyrokyne front line. Militants used only light weapons. In the morning, they machine-gunned Vodyane. “All other episodes of the ceasefire violation took place in the evening. The most tense situation was observed in Hnutove, where the militants were firing the Ukrainian military positions for almost three hours,” assed the spokesperson on ATO-related issues.

In Luhansk sector, it was relatively calm over the past day. Militants violated the ceasefire only once. In the evening they opened fire with grenade launchers on Malynove.

Over the past 24 hours no Ukrainian serviceman was killed, three were injured and wounded as a result of hostilities in the ATO zone.

Report on the military developments as of August 25 is available here. Interactive data on the shelling: chronology shelling chart and the interactive map.

Ministry of Defense spokesman on ATOЛисенко