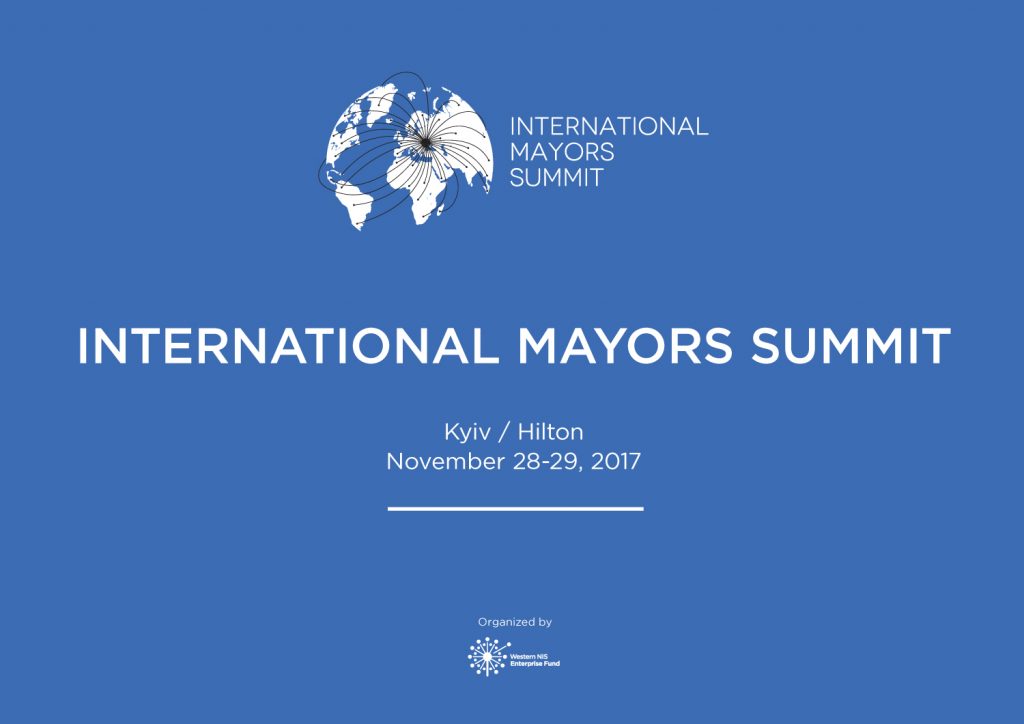 Under the patronage of the Prime Minister of Ukraine and with support of the Mayor of Kyiv the Western NIS Enterprise Fund (WNISEF) pulls off an international event, where Ukrainian mayors and their foreign colleagues will share their best practices

On November 28-29, 2017 Kyiv will host the International Mayors Summit – an annual discussion platform, which will bring together mayors from all over Ukraine along with their foreign counterparts, local government leaders, and local development experts. The focus of the Summit this year is innovation and technologies that make urban life more comfortable. The Summit is held by the Western NIS Enterprise Fund under the patronage of the Prime Minister of Ukraine and Kyiv City Head. HRH Prince Constantijn van Orange, Startup Envoy for The Netherlands and the founders of the StartupAmsterdam initiative Ruben Nieuwenhuis and Bas Beekman will be the honorable guests of the Summit.

“Three years ago we initialized a decentralization reform that today allows Ukrainian cities and villages to become really successful. Every year it brings us more tangible results, as communities and cities receive the incentives and resources for development. In fact, only the first six months of 2017 have shown the growth of local budgets revenues to reach 33,8%. Today these funds are allocated for the improvement of the quality of life and setting up a comfortable environment for our citizens. Now the main challenge for local governments is to make the best use of these new opportunities. From this point, it is extremely important to attract international expertise in local development and learn the progress and practices of modern urban planning. Unfortunately, Ukraine still suffers a significant scarcity of both relevant knowledge and relevant experts. Therefore, we are interested in the development of international platforms for networking and sharing best practices. For my part I would like to assure that decentralization, community development, and local economic development will remain the government’s lasting priority,” said Volodymyr Groysman, Prime Minister of Ukraine.

“From the very first day in the Mayor’s office, I set myself a task to turn Kyiv into a modern European city with high living standards. First, we built a new technological system of city management, where all processes are open and transparent, and the authorities are accountable to the community. Within the Kyiv Smart City system, we were the first in Ukraine to introduce open city budget. Today every Kyivan can easily trace the money spent by his neighborhood, school, or his child’s kindergarten. We’ve introduced open tenders, the capital has launched the e-petition project, thanks to which Kyivans may initiate specific changes to the city life. Openness and transparency of governance processes are yielding results – for example, last year’s investments in the capital increased substantially by almost UAH 4 billion – to UAH 26.4 billion. It means that almost 60% of all investments in Ukraine in 2016 came to Kyiv,” – noted Vitali Klitschko, Mayor of Kyiv. 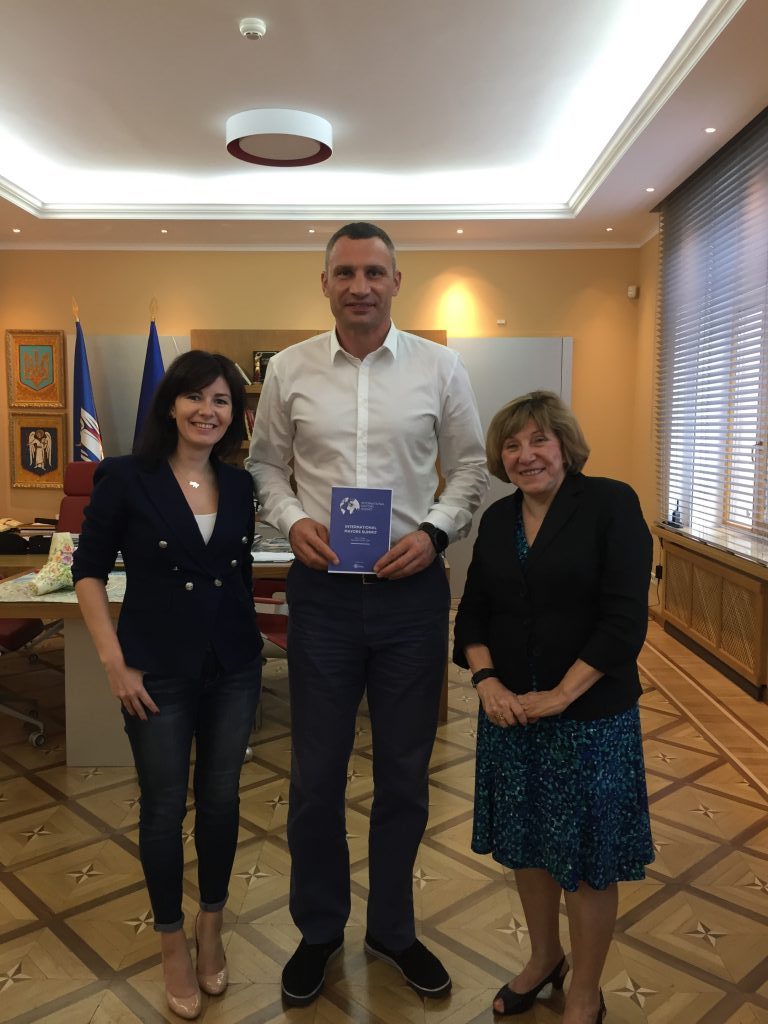 While setting up the event, the Western NIS Enterprise Fund officially partnered with StartupAmsterdam – public-private initiative for expansion and improvement of the Amsterdam start-up environment – in 2016 this city was recognized as a capital of innovation. The results of a poll, conducted in 2016 by the sociological group “Rating”, show that only 2% of Ukrainians have rated the quality of their municipal services – waste collection, public transport, sewage, medicine – with a top mark. The Amsterdam experience proves that innovations and open data projects may facilitate urban services.

“The Western NIS Enterprise Fund makes a solid contribution to sustainable development programs at the local and regional levels. This includes cooperation with such cities as Kyiv, Lviv, Ivano-Frankivsk, Mykolaiv, Kharkiv, together with regional projects: small grants for urban transformation, a software development program for girls, who solve urban problems through mobile applications. The International Mayors Summit is a platform that allows Ukrainian cities not only to learn from their international colleagues but also to compete in showcasing the best Ukrainian practices,” said Jaroslawa Johnson, President and CEO of the Western NIS Enterprise Fund.

Last year, WNISEF acted as co-organizer and a main sponsor of the International Mayors Congress. The success of the last year’s event, as well as the results of bilateral cooperation with the cities have inspired the Western NIS Enterprise Fund to bring an annual event for mayors to a new level and create a platform with Summit in the role of the key annual event.

“We want the Ukrainian cities to win their place on the world map along with those leading cities, which jointly develop solutions for global problems: climate change, environmental disasters, quality of life, etc. By the way, the 2017 International Mayors Summit will for the first time focus on the issue of women leadership at a local level. As the official data shows, women comprise less than 10% of mayors in Ukraine. Today less than 5% of mayors in the world are women; their part in city councils reaches only 20% (according to WEF),” – added Iryna Ozymok, Local Economic Development Program Manager of Western NIS Enterprise Fund.

The very program of the Summit will also be innovative, embracing 4 formats and being designed in such a way as to allow the participants to gain practical skills during the workshops on technological solutions for the urban development, and promote business networking and partnership with each other and with foreign colleagues.

***
Western NIS Enterprise Fund (WNISEF) is a $150 million regional fund, a pioneer in Ukraine and Moldova with more than two decades of successful experience in investing in small and medium-sized companies. WNISEF was funded by the U.S. government via the U.S. Agency for International Development (USAID). Since its inception, WNISEF’s cumulative investments total over $168 million to 118 companies employing around 25 000 people and made it possible to unlock $1.5 billion for companies in Ukraine and Moldova. In 2015 WNISEF has launched a $35 million legacy program focused on export promotion, local economic development, impact investing and economic leadership. WNISEF is funding innovative, high-impact, reform focused programs aimed to transform lives of the ordinary people in Ukraine and Moldova. www.wnisef.org