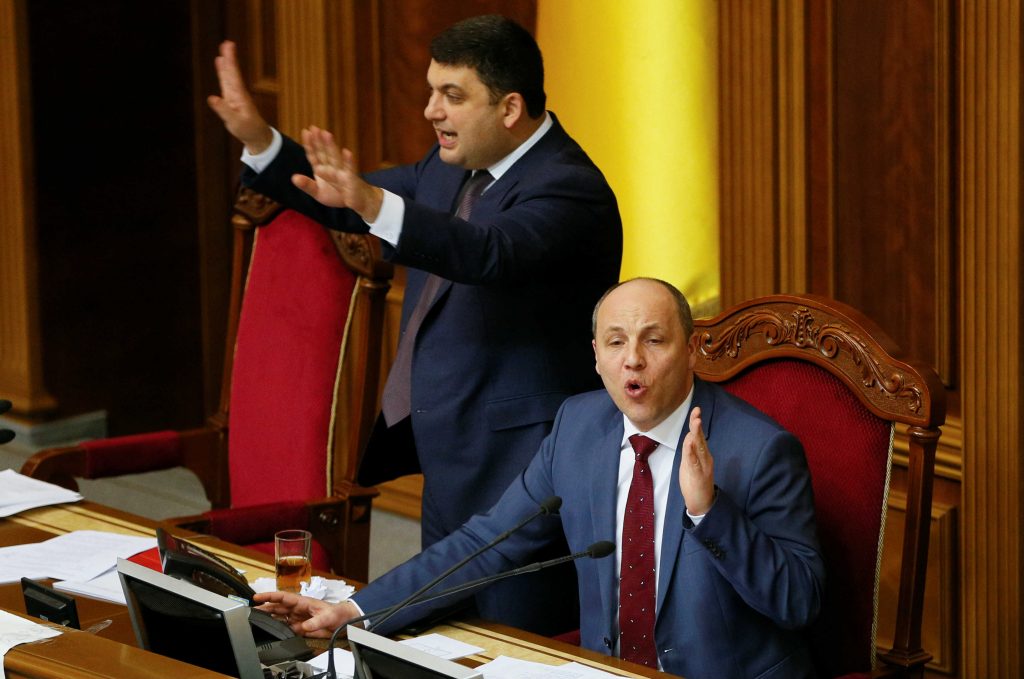 The Verkhovna Rada has recently returned back to work. Hereby UCMC presents you the article by Peter Dickinson originally published by the Atlantic Council explaining the peculiarities of public perception of lawmakers in Ukraine. Hope you will enjoy this piece as much as the previous insights by Mr. Dickinson!

September marks the beginning of season 48 of “Game of Chairs,” otherwise known as the Ukrainian parliament. As the country’s MPs return for the autumn parliamentary session, few will be tuning in. While the palace intrigues and Machiavellian plot twists of HBO’s “Game of Thrones” makes for compulsive viewing, the ideological ambiguity and backroom dealing of Ukraine’s parliamentary chair traders has proven the ultimate ratings loser. Ukrainian audiences have simply lost interest in an institution that should be at the center of the nation’s historic transformation. Despite two pro-democracy revolutions and a war to defend the country’s civilizational choice, the sad truth is that the majority of Ukrainians regard their parliament as a hopeless parody of democratic principles.

It is not hard to understand the public’s loss of faith in Ukraine’s fledgling democracy. Very few parties have any coherent or consistent ideological positions, with populism trumping principle at every turn and MP voting patterns often making a mockery of campaign trail commitments. Each important parliamentary ballot is proceeded by a fresh round of behind-closed-doors negotiations to determine the incentives required to secure the support of a parliamentary faction and even individual MPs. In this murky and hyper-mercantile environment, chairs on key committees and other potentially lucrative parliamentary positions become mere commodities.

Evidence of this growing public disillusionment in the democratic process is easy to identify. Ukraine’s current political class enjoys some of the lowest approval ratings in recorded history. No healthy democracy espouses unconditional love for its elected representatives, but Ukrainians have taken this natural skepticism to new extremes. In opinion poll after opinion poll, the country’s politicians struggle to achieve approval ratings in double digits. Tellingly, the only option to receive widespread public support on a regular basis is “none of the above.”

Ukraine’s political parties suffer from similar levels of public disapproval. On paper at least, Ukraine’s parties are diverse and vibrant, although in practice they remain largely personality driven, with a plethora of eponymous blocs functioning as de facto clans in a closed confederacy of institutionalized corruption. Parties adopt labels like “democratic” and “liberal” with the kind of cynical insincerity more commonly found in the names of Soviet satellites or African dictatorships. With the mainstream media largely in the hands of the same powerbrokers who dominate affairs on Hrushevskoho Street, breaking into this exclusive club without a recommendation from the existing membership is next to impossible.

The sense of impunity enjoyed by Ukraine’s parliamentarians only serves to exasperate the public further. Ukraine’s partisan but pluralistic media landscape provides often detailed and intimate knowledge of the corruption schemes and ostentatious excesses of the country’s political classes, but exposure virtually never carries any consequences. MPs declare tens of millions of US dollars in cash and live in palaces, but this fails to translate into prison sentences. The worst outcome a Ukrainian MP can generally expect is the loss of parliamentary immunity and an overnight dash out of the country. Even in such extreme cases, the blow of exile typically comes cushioned by a small fortune. Meanwhile, minor and seemingly routine infringements such as the notorious practice of multi-voting by individual MPs (or “pianists” as they are often referred to) continue to go largely unpunished.

This brazen conduct represents the primary obstacle to Ukraine’s development. After all, there is clearly nothing wrong with Ukrainian society’s democratic instincts, as evidenced by the mass participation in both the Orange and the Euromaidan revolutions. Unlike Russia and many other post-Soviet nations, Ukrainians do not crave the fabled stability of a political strongman or the comforting familiarity of pseudo-democratic authoritarianism. On the contrary, today’s Ukraine is a fundamentally democratic society with a demonstrable desire to live under representative government, complete with all the necessary institutional checks and electoral accountability. Ukrainians have made huge sacrifices to achieve this goal and will eventually reach the point where frustration at the current state of affairs leads to an overwhelming response.

Herein lies the mounting danger: There is widespread consensus that any future political earthquake in Ukraine will be far bloodier than the 2004 and 2014 vintages. Each of these previous Ukrainian revolutions has carried with it the hope of a new democratic dawn, but three-and-a-half years since the flight of President Viktor Yanukovych, there is little to suggest that the post-Euromaidan period will ultimately prove more successful than the Orange era before it. While there are signs of significant progress at the local level thanks to decentralization, the big beasts of national politics and their oligarch owners appear to have regained their confidence and are busy pushing back against anticorruption reforms and blocking any future progress. The electorate is sophisticated enough to understand that a fully-fledged democratic system cannot be built overnight, but they are also sufficiently worldly to recognize a creeping counterrevolution when they see one. In a country armed to the teeth and awash with military veterans who have seen comrades make the ultimate sacrifice, this is a dangerous game to be playing.

The democratic deficit in the Ukrainian parliament is a cause for concern far beyond the challenges it poses to the country’s domestic stability. Ukraine finds itself on the frontlines of global democracy at a time when the authoritarian model is making a comeback for the first time in over a quarter of a century. If Ukraine’s dysfunctional democracy fails, the knock-on effects throughout the region could help to reverse the progress achieved since 1991. This is something Ukraine’s international partners must bear in mind when discussing continued aid for Kyiv. Creating a genuinely democratic parliamentary culture should be the priority objective through which all other initiatives flow. International support has played a vital role in the adoption of numerous post-Euromaidan reforms, but unless Ukrainian democracy rests on the firm foundations of a fully functioning and publicly accountable legislature, the country’s long-running “Game of Chairs” saga could well produce a tragic finale.