The situation in the ATO zone was the most difficult in Mariupol sector. Militants repeatedly opened small arms fire near Vodiane at night. Attacks resumed at 09:00 and continued with recesses till the end of the day. “Ukrainian positions in Pavlopil-Shyrokyne frontline, as well as Berezove, Bohdanivka, and Starohnatovka came under hostile machine gun and grenade launcher fire. At the same time, Russian proxies conducted brief mortar attack in Krasnohorivka,” informed Ukrainian Ministry of Defense spokesman on ATO Colonel Oleksandr Motuzyanyk at a press briefing at Ukraine Crisis Media Center. In total, militants violated the ceasefire 23 times in Mariupol sector yesterday. 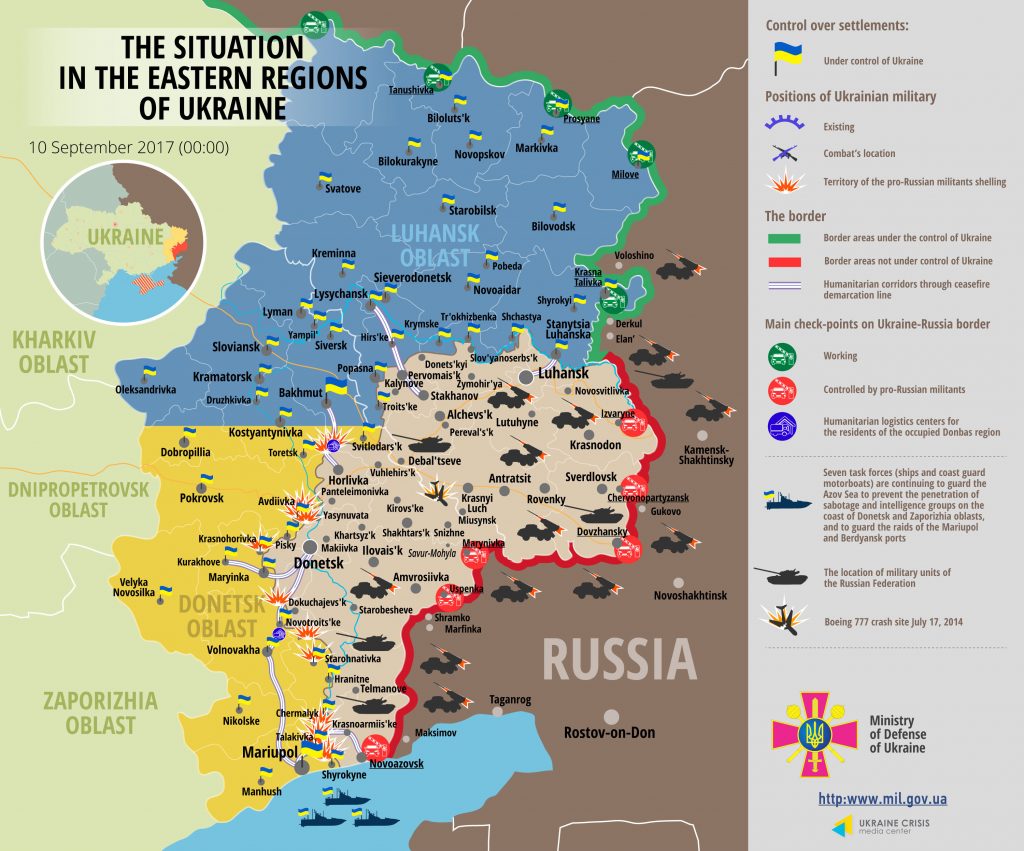 One Ukrainian soldier was killed in action yesterday and two were wounded.

Report on the military developments as of September 9 is available here. Interactive data on the shelling: chronology shelling chart and the interactive map.