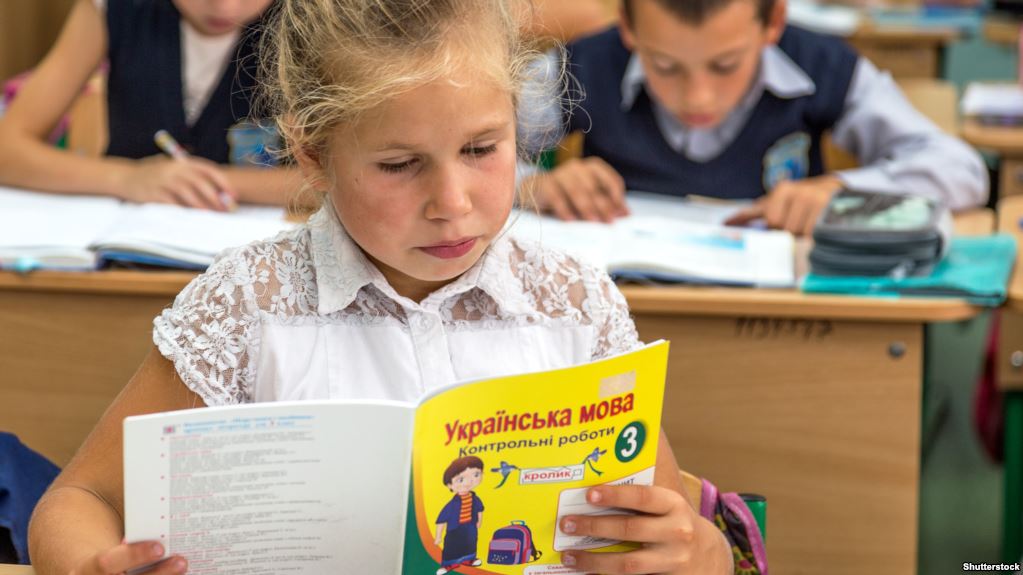 On September 5, the Ukrainian Parliament approved the Law “On Education” that kick-starts the educational reform. The controversy was caused by the article 7 of the law that decreased the term during which national minorities can get educated in their native language up to the level of the primary school. Several EU member states, as well as Russia, expressed harsh criticism about the law. What is Ukraine’s position on that? UCMC elaborates and explains.

The changes introduced by the law

In contrast to the previous legislation entitling representatives of ethnic minorities to entirely get the primary and secondary education (a total of 11 years) in their native language, the new law introduces mandatory education process in the official state language – Ukrainian – starting from the secondary school level. At the same time, the law imposes no limitations on studying the native language – representatives of ethnic minorities will be taught their respective native languages throughout the entire term of studies.

What caused the indignation on the part of the neighboring EU countries?

In response to the novelties introduced by the Law “On Education” four EU member states – Bulgaria, Greece, Romania, and Hungary called on Ukraine to refrain from introducing the restrictions on education for ethnic minorities in their native languages. Foreign Affairs Ministers of the above countries filed a letter to Ukraine’s Foreign Minister Pavlo Klimkin, Secretary General of the Council of Europe Thorbjørn Jagland, and OSCE Secretary General Lamberto Zannier.

Most acute critics of the law came from the Hungarian Foreign Minister Péter Szijjártó. “Ukraine stubbed Hungary in the back by introducing the law on education that considerably violates the rights of the Hungarian minority,” said Szijjártó, noting that Hungary considers the law being a shame. According to him, the changes to the legislation put under the threat operation of the majority of the schools in Zakarpattia and violate the rights of 150 thousand Hungarians living in Ukraine.

According to the official position of the state, the law approved by the Verkhovna Rada (Ukraine’s Parliament) is fully in line with the Ukraine’s Constitution, the Framework Convention for the Protection of National Minorities and the European Charter for Regional or Minority Languages. Thus, Ukraine has not violated any international commitments.

The main motivation behind the changes turned to be the intention to address the problem of ethnic minorities who get their school education in native languages and do not master the official language to the extent required to pass the external independent assessment [the test after high school required to enter a university – UCMC], enter a university and get higher education. According to the Minister of Education and Science Lilia Hrynevych, “The article is in the best interest of children, Ukraine’s citizens, as well as in the interest of Ukraine. It is called to make sure the children have equal rights and opportunities.” According to the Deputy Minister of Education and Science Pavlo Khobzey, the law foresees a two-year transition period.

On September 12, Ukraine’s Prime Minister Volodymyr Groysman tasked the Minister of Foreign Affairs Pavlo Klimkin and the Minister of Education and Science Lilia Hrynevych to hold a meeting with ambassadors of the EU member states to Ukraine elaborating on the part of the law concerning education in native languages of minorities. Based on the results of the meeting, Hrynevych announced that Ukraine will turn to the Council of Europe asking to hold an expertise of the new law.