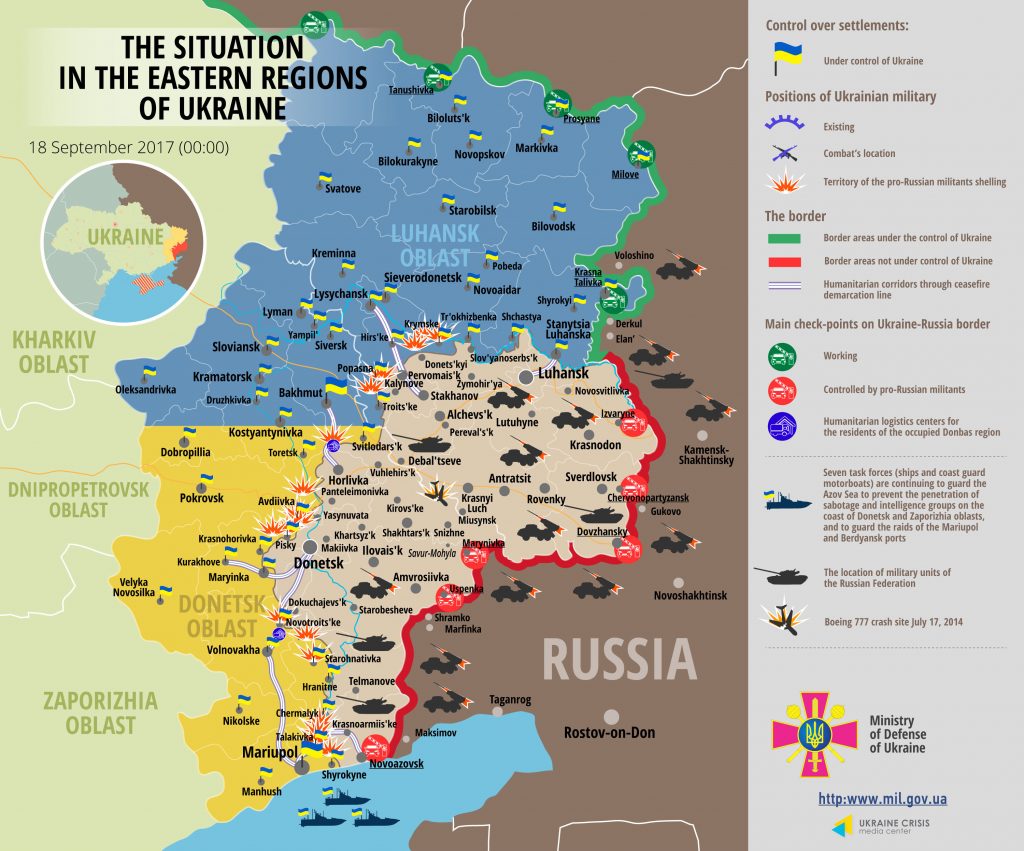 In Donetsk sector, Russian proxies violated the ceasefire 12 times, mostly during the hours of darkness. Avdiivka and Pisky-Nevelske area were the main flashpoints.  Militants used only light weapons. Ukrainian troops were compelled to return fire in four incidents.

In Mariupol sector, militants violated the ceasefire 13 times in Novotroitske-Starohnativka and Pavlopil-Vodiane frontlines. “The enemy was shooting from midnight till 03:00 and from 18:00 till midnight. The ceasefire held the rest of the time. Ukrainian troops responded with small arms fire to most of the attacks,” elaborated the spokesman.

Ukrainian Armed Forces incurred no fatalities yesterday, but one serviceman was wounded in a shelling near Novoselivka Druha.

Report on the military developments as of September 17 is available here. Interactive data on the shelling: chronology shelling chart and the interactive map.