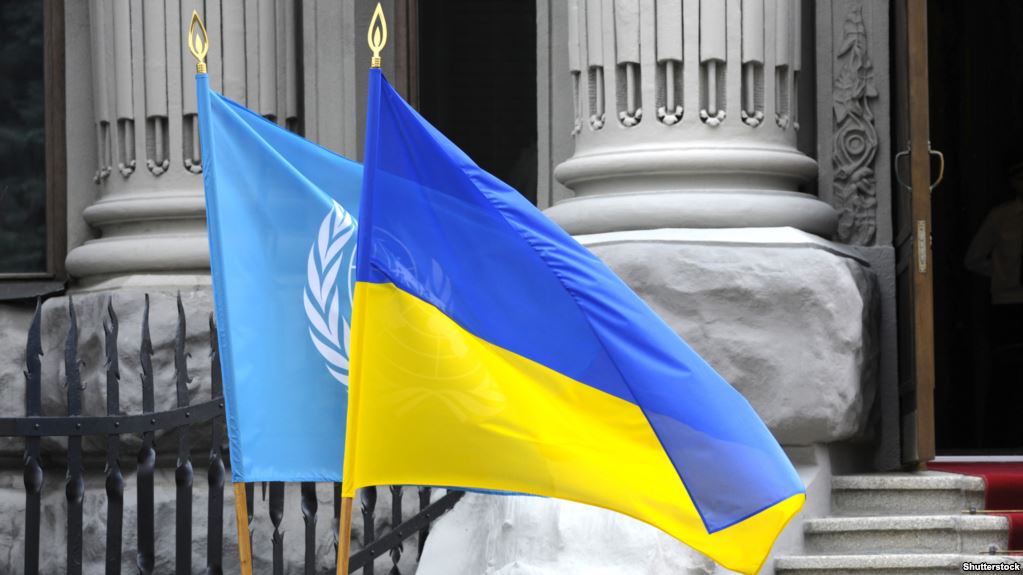 On September 20, President of Ukraine Petro Poroshenko is going to speak at the United Nations General Assembly in New York and ask to send a UN peacekeeping contingent to the conflict–engulfed Donbas. This topic is one of the key foreign policy issues in September – from the time when early this month Russian President Vladimir Putin spoke about the possibility of deploying UN peacekeepers in the East of Ukraine. Radio Svoboda  brought together 10 aspects concerning the theme of the UN peacekeepers, which are important to know against the background of the Ukrainian president’s speech. UCMC offers you an abridged translation of the text.

For the first time, Ukraine articulated the idea of sending UN peacekeepers to Donbas in early 2015. However, this idea was not supported by Russia, which supports militants. Nevertheless, on September 5 at the BRICS summit in China, Russian President Vladimir Putin announced the possibility of deploying UN peacekeepers in Donbas. This is explained both by his desire to look like a “peacemaker”, and the Kremlin’s attempts to distance itself from the armed conflict and to try to remove sanctions against Russia. Some experts also believe that the time of Putin’s initiative was dictated by serious discussions in Washington about the possibility of supplying lethal defensive weapons to Ukraine, which could change the course of the conflict in Donbas in favor of Kyiv.

It has also become apparent that for its initiative Russia has chosen the UN Security Council, where it is a permanent member having the veto power. The competition of Ukrainian and Russian draft resolutions at the Security Council meeting is very likely.

This is the main controversy over the initiative between Kyiv and Moscow. Russia continues to favor the deployment of UN forces along the contact line. Chairperson of the Russian Federation Council Valentina Matviyenko said that she “sees no logic” in placing UN peacekeepers on the Russian-Ukrainian border, and considers the “only sense” of UN peacekeepers in protecting the OSCE mission. Ukrainian representatives say that peacekeepers must be deployed primarily in a 423-kilometer section of the Ukrainian-Russian border, which is currently not controlled by Ukraine, and through which military equipment, armaments, military personnel and mercenaries arrive from Russia. First Vice Speaker of the Verkhovna Rada Iryna Herashchenko emphasizes that peacekeepers must stay throughout the non-government-controlled territory of Donetsk and Luhansk regions.

According to the Russian plan, the mandate of the UN peacekeeping mission is to be limited to the protection of the OSCE Special Monitoring Mission in Donbas.

For the West and Ukraine, the peacekeeping mission is not only protection of the OSCE monitors, but also compulsory demining, disarmament, and withdrawal of Russian troops and instructors from the territory of Ukraine. According to Foreign Minister of Ukraine Pavlo Klimkin, the deployment of UN peacekeepers is to start the process of “returning to normal life” and result in local elections in the occupied part of Donbas, but based on non-admission of Russian “… manipulation, so that Russia should at least partially control the preparation for the election and the conduct of the election.”

Usually, peacekeeping missions are funded from the United Nations budget under special item “peacekeeping operations.” However, as it is nine months to go until the next fiscal year, and the funds for the Donbas mission are required now, the United States can help. It is difficult to name the cost of UN operations in Eastern Ukraine, but it would certainly be worth tens of millions of dollars.

According to Ukrainian representatives, the UN mission deployment will take at least six months. Anyway, even if the UN Security Council’s resolution is adopted, the UN mission to Donbas may be deployed next spring at the very earliest.

Initially, President Putin insisted on the consultations with the leadership of so-called “DPR” and “LPR.” As reported by the militants-controlled media, “DPR” leader Olexandr Zakharchenko said that Putin’s proposal had to be “discussed.” “In any case, we are ready to discuss this initiative and insist that no changes in the conflict resolution format are possible without the consent of the “DPR” and “LPR,” Zakharchenko said.

“Under no circumstances may Russia be included in the mission. This mission must include those whom we and the international community trust. But the composition of the mission will be discussed later,” said the head of the Ministry of Foreign Affairs of Ukraine Pavlo Klimkin.

From coordination to assistance and protection – this is the model of cooperation between the OSCE and the UN missions. It is clear that the armed UN peacekeeping mission would significantly strengthen the unarmed OSCE Special Monitoring Mission, which sometimes complains about the inability to have access to all necessary places, obstacles, and even threats to the OSCE personnel.

It is now clear that the OSCE believes that the UN mission should not mean the end of the Minsk agreements. “However, no initiative should distract attention from the responsibility of the parties for resolving this conflict,” said Alexander Hug, Principal Deputy Chief Monitor of the OSCE SMM, on September 19.

Although UN peacekeeping missions take a lot of resources, they are not always effective. As an example, one can recall the former Yugoslavia, where “blue helmets” failed to cope with the Balkan wars until NATO intervened. Besides, much will depend on who specifically participates in the UN peacekeeping mission in Donbas. As Russian military expert Pavel Felgenhauer said, the participation of peacekeepers from, say, Bangladesh or Senegal, “or elsewhere from the third world may appear to be a disadvantage of the UN mission.”