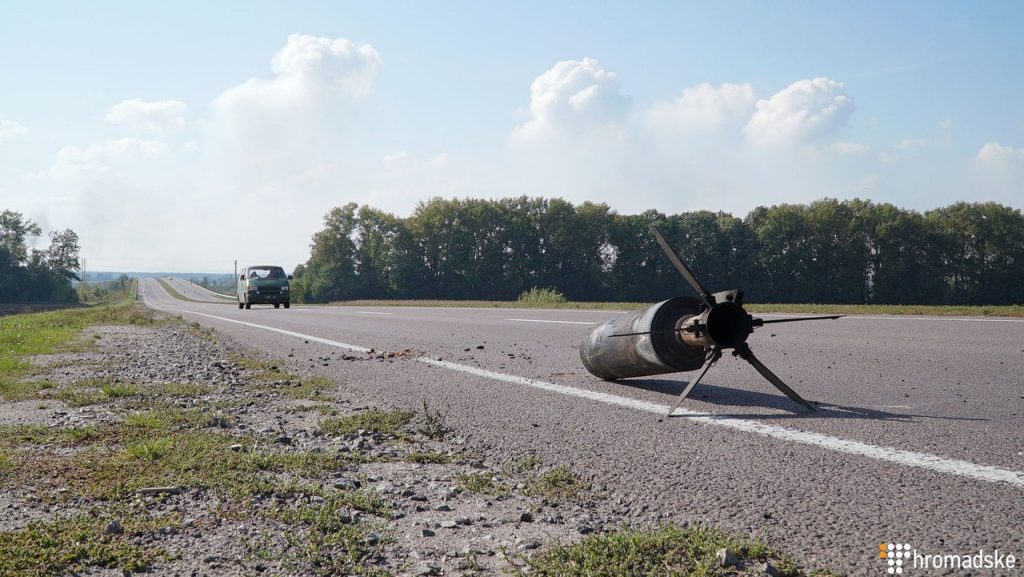 Key facts about a fire in a military warehouse in Kalynivka

Uncontrolled explosions of ammunition began in one of the three largest Ukrainian military warehouses in the town of Kalynivka, close to the central Ukrainian city of Vinnytsia, in the evening of September 26. SBU investigates the incident under the article “sabotage”.

The explosions happened in the 48th weapons storage of military unit A1119. The territory covers 586 hectares. According to Defense Minister Stepan Poltorak, the warehouse stored 83,000 tons of ammunition, of which only 68,000 tons were usable, the rest were ammunition components and scrap. There are no chemical weapons in Kalynivka warehouses.

According to experts, the ammunition that exploded in the warehouse poses a danger within a radius of 10 kilometers. Most of the ammunition is tank ammunition, but also artillery, mortar and rocket shells, but there were less of them.

According to Presidential counselor Yuriy Biryukov, the blaze caused damage only to weapons storages out in the open. The fire did not affect underground storages and warehouses in buildings.

Kalynivka is a military town with a population of 1,100 people.

Evacuation of local residents from Kalynivka and six villages close to the site began at night. Overall, more than 30,000 people were evacuated. They were placed in schools of Vinnytsia. The people of Vinnytsia offered evacuation assistance on their Facebook pages. Police together with the National Guard provide round-the-clock patrol  of the evacuation area in order to prevent looting. In the evening of September 27, when the situation stabilized, people were allowed to return home. No explosion and fire victims have been recorded. The Vinnytsia regional state administration reports on two wounded women.

Within 36 hours after the fire started, the roads were blocked, trains stopped and airspace around the scene closed. On September 28, the radius of the closed airspace was reduced from 50 to 12 kilometers. The car and train traffic was also restored.

According to Kalynivka Mayor Anatoliy Shamalyuk, the town will need 2-3 weeks to recover.

The main military prosecutor’s office is of the opinion that bureaucracy in drawing the budget funds for fire safety measures is one of the causes of the fire in the military warehouses in Kalynivka. This year, 25 million UAH were allocated for the safety measures in the military unit in Kalynivka. However, the investigation revealed that the fire alarm system was out of order and only 50% provision of the military unit with the safety systems. According to Oleksandr Turchynov, secretary of the National Security and Defence Council, the highest officials should be held responsible for the events in Kalynivka, including the leadership of the General Staff of the Armed Forces.

SBU is investigating the explosions as an act of sabotage

On September 27, Prime Minister of Ukraine Volodymyr Groysman said that among various versions of the causes of the explosions in Kalynivka, “are likely the external factors.”

The explosions qualified by SBU as an act of sabotage could have been due to arson by a drone, informed Yuri Biryukov, Adviser to the President of Ukraine, on his Facebook page. According to him, the soldier of one of the posts first reported a strange sound. A few seconds later, breaks began in the open warehouse area.

President Petro Poroshenko said that he ordered to strengthen the national defence and protection of strategic facilities by the armed forces. The President ordered that comprehensive measures be taken as soon as possible to prevent a recurrence of the incident.

Other incidents in military warehouses

This is not the first emergency situation in the military warehouses in Ukraine within recent years. In March this year, a fire broke in the warehouses near the city of Balaklia (Kharkiv region), in October 2015 – in the village of Svatove (Luhansk region). According to military expert Igor Koziy, these explosions may be systemic in nature.

“There is mass destruction of ammunition, as a result of which the Armed Forces will have to look for ways to replenish it. It is a fact. (…) The first war rule is: first the administration system is to be destroyed, and then the logistics system,” said Koziy.