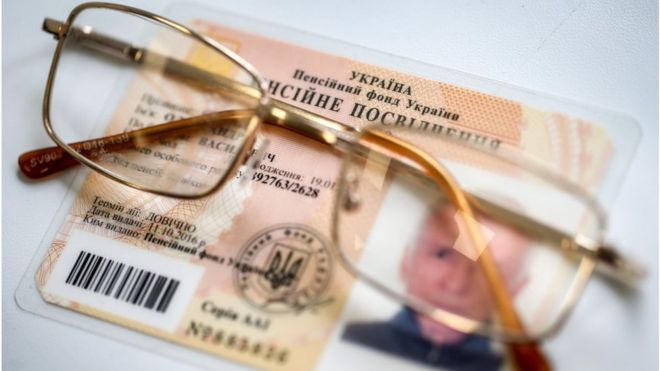 On October 3, 2017, the government finally adopted the hard-won pension reform. What will be the retirement age and seniority and how much will pensions grow? The Ekonomichna Pravda provides an explanation on the pension reform approved by the government a day before. UCMC offers you the translation of the EP analysis.

From the very beginning, the IMF insisted on increasing the retirement age. In particular, international lenders proposed to set a threshold of 63+. Now the retirement age for men is 60 years. For women – 57 years and six months, if there are no other age benefits. For example, 55-year-old women with 30 years of work experience have the right to early retirement. The retirement age in Ukraine is one of the lowest in Europe.

Currently, people over 60 have the right to retirement pension. At the same time, the law states that these persons must have an insurance record of 15 years.

According to the government- proposed reform, the retirement age remains at 60 years for people who will have a 25-year insurance record.

The reform introduces a flexible retirement age and the possibility of compensation for the lack of insurance – citizens whose seniority is not enough to meet the requirements for the minimum length of service will be able to pay contributions for the missing years (maximum 5 years).

To this end, the government introduces uniform rules for determining the amount of pension benefits. What does it mean? Many pensioners, who retired, say, 10 years ago, receive a lower pension than their colleagues who began to receive a pension recently.

In fact, Ukrainian pensions depend on three factors: salaries, seniority and an average wage index, used for calculating pensions.

The average wage increases every year, so Ukrainian pensions should be “modernized”. However, the last time such “modernization” took place was in 2012, but with an average wage index for 2007 – 1,197.91 UAH. During this time, the average wage in Ukraine, which is used in pension calculating, has increased to UAH 3,764.4, or more than three times. As a result, 2/3 of pensions do not even reach the subsistence minimum.

Now a new formula for pensions accounting is being introduced. It is based on the unified approach for “old” and “new” pensioners, where the average wage of UAH 3764.40 is used. That is, the pension calculation index turns out to be almost tripled.

From October 1, it is proposed to cancel the taxation of pensions for working pensioners.

Currently, pensions that exceed UAH 12,470 (10 subsistence minimum) are subject to personal income tax at 18% rate and military fee at 1.5% rate in terms of such excess.

5. Elimination of special conditions for retirement

Long-service pensions will be granted only to servicemen.

The reform also provides that from January 1, 2018, the right to grant long-service pensions to workers of education, health care, social protection and other categories will be canceled.

The draft law provides for annual indexation (recalculation) of pensions to protect against inflation. The recalculation will take place with account of the financial capabilities of the pay-as-you-go pension system. That is, if the economy grows, the budget will be filled better.

This item has a few flaws in favor of the government.

First. Before 2012, the recalculation of pensions was at least by 20% of the average wage growth.

Therefore, on the one hand, 50% wage increase restriction for three years is a protector that will ensure a moderate increase in pensions.

On the other hand, the government says that the norm stipulated in the law will not allow the indexation to be freezed, as it was before. The Cabinet of Ministers will simply be obliged to do this.

There is also a second flaw. The presentation states that the indexation will be conducted “taking into account the financial capabilities of the pay-as-you-go pension system.” That is, if the government decides that there are no capabilities, then there will be no indexation.

Since October 2017, the government proposes to cancel the 15% reduction in pensions for working pensioners.