During the general debate of the 72nd session of the UN General Assembly, 10 promising investment projects from Ukraine were presented to leaders of 135 foreign countries. These short presentations contain figures and facts explaining what directions and why can become the most beneficial to potential investors. This is a joint project of the National Investment Council and Ukraine Crisis Media Center “UN Hundred: Be First to Invest”. “This year we have made 135 presentations for presidents of different countries. The project attracted great attention, “said Gennadiy Kurochka, Co-founder of UCMC, at a press briefing at Ukraine Crisis Media Center.

“The first UN Hundred projects were devoted to the Revolution of Dignity, our values, as well as occupation and hostilities in eastern Ukraine. But it is also necessary to show another Ukraine – a changing Ukraine, which has a great potential and is worth investing, Ukraine in terms of possibilities. […] The best language here is the language of numbers, the language of projects, specific areas where businesses can come. Each of these 10 projects is a flagship project, and after they are implemented, Ukraine’s position on the map of investment attractiveness will change, and Ukraine will become a magnet for new investors, “said Yulia Kovaliv, Head of the National Investment Council’s Office. She noted that the arrival of foreign investors will contribute to fundamental changes in Ukraine – it will accelerate reforms, help fight corruption and learn the best international practices.

Investment projects were developed by the Investment Council Office in cooperation with the government. The first project is a concession of airports. “Most of the major world airports are managed by private operators through a concession mechanism. This is the simplest and the most intelligible mechanism for attracting large investments and large international companies into our infrastructure,” said Yulia Kovaliv. This primarily concerns Kyiv’s “Boryspil” and Lviv airports. “Today, Boryspil Airport is one of the most promising airports in Eastern Europe, passenger traffic here grows annually by more than 30%,” she added. The second project is the investment in the IT industry. “Today, we are among the three leading IT outsourcers. Over the past seven years, the industry has grown eightfold. This is one of the areas where we are internationally competitive,” said Ms. Kovaliv. The third comprehensive project is the investment in infrastructure, including roads and seaports. This sector needs significant and rapid investment, which cannot be provided by the state because of other challenges. At the same time, some of the largest operators are already getting interested in Ukrainian ports.”

The projects included investments in the agrarian sector, aircraft construction, natural gas production and gas transportation system of Ukraine. “It is not only the issue of investment in the economy but also the issue of our energy security and fight against the Nord Stream 2 political project. We hope that reforms in the energy sector will allow us to attract private investors who together with the state will implement the gas transportation system management project. We expect that investments of no less than five billion will be introduced in the gas production sector by 2020, and these investments cannot be implemented solely from the state resource,” noted Yulia Kovaliv. Another major project is the construction of solar power stations in the Exclusion Zone around the Chornobyl Nuclear Power Plant. “This is one of the projects that attract the greatest interest of companies from different parts of the world. We hope that at the beginning of next year we will move to the active phase of its implementation,” informed Yulia Kovaliv.

Projects are presented in the form of infographics in an interactive metal booklet. The project also includes four presentation videos that reveal the investment potential of Ukraine.

The Ukrainian team was working at the UN General Assembly for six days. Young economist Olena Belova, who had won Miss Ukraine Earth – 2016 title, acted as a presenter-ambassador of Ukraine. “The team worked in a highly professional way. They created a very informative, topical and modern presentation. Every time I felt incredibly happy, hearing true wonder from the leaders of the countries. This is an incredible and unforgettable experience,” said Olena Belova.

This is the fourth UN Hundred project by UCMC. A presentation devoted to Maidan received gold at the prestigious PR Forum SABRE Awards in the Public Affairs nomination. “It was important for us to explain what was happening on the Maidan, that it was the Revolution of Dignity and not a coup d’état, as the Russian propaganda stated then. It was important to hold attention to Ukraine,” noted Gennadiy Kurochka. In total, more than 400 presentations have been conducted over these three years. The President has personally made 60 presentations for foreign colleagues. 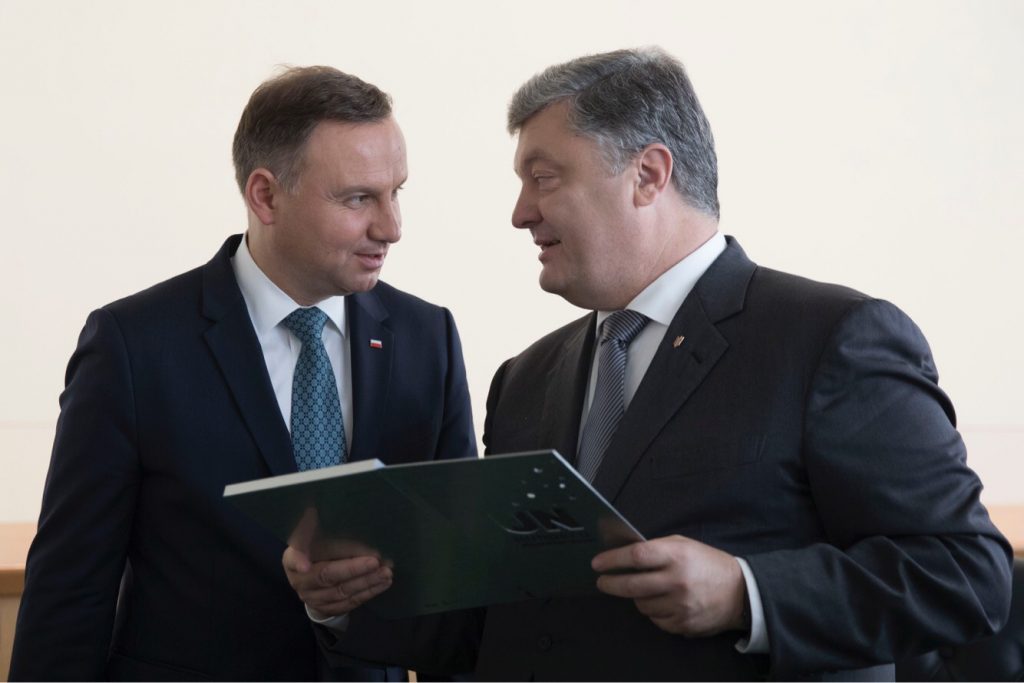