No Ukrainian serviceman was killed in action in ATO zone yesterday, but one soldier was wounded in hostile attack in Verkhniotoretske, informed Ukrainian Ministry of Defense spokesman on ATO- related issues Colonel Andriy Lysenko at a press briefing at Ukraine Crisis Media Center.

In Luhansk sector militants attacked twice in Krymske.  “The first incident was brief, but the second lasted almost two hours.  In both cases Ukrainian troops responded with fire. Another hostile attack happened in Zolote,” informed the spokesman. 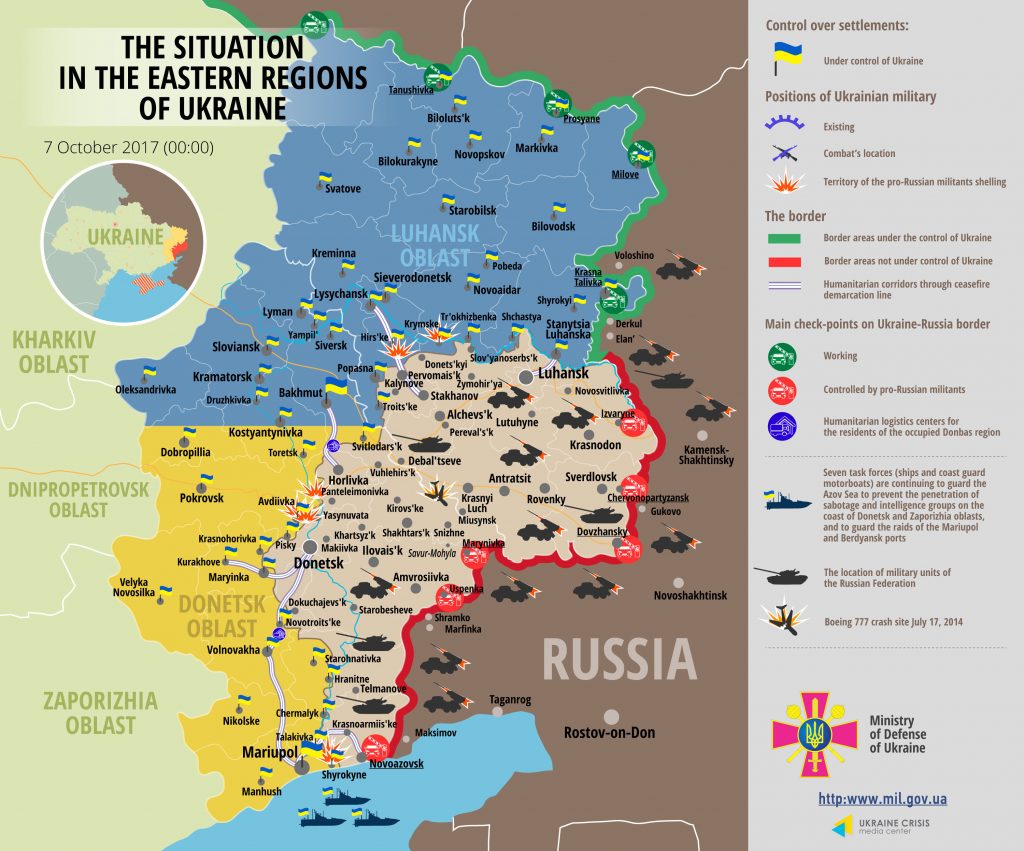 Report on the military developments as of October 6 is available here. Interactive data on the shelling: chronology shelling chart and the interactive map.