No Ukrainian serviceman was killed in action in ATO zone yesterday, but one soldier was wounded in a militants’ attack in Pisky. Militants violated the ceasefire in all areas, in Triokhizbenka and Talakivka, informed Ukrainian Ministry of Defense spokesman on ATO- related issues Colonel Oleksandr Motuzyanyk at a press briefing at Ukraine Crisis Media Center. 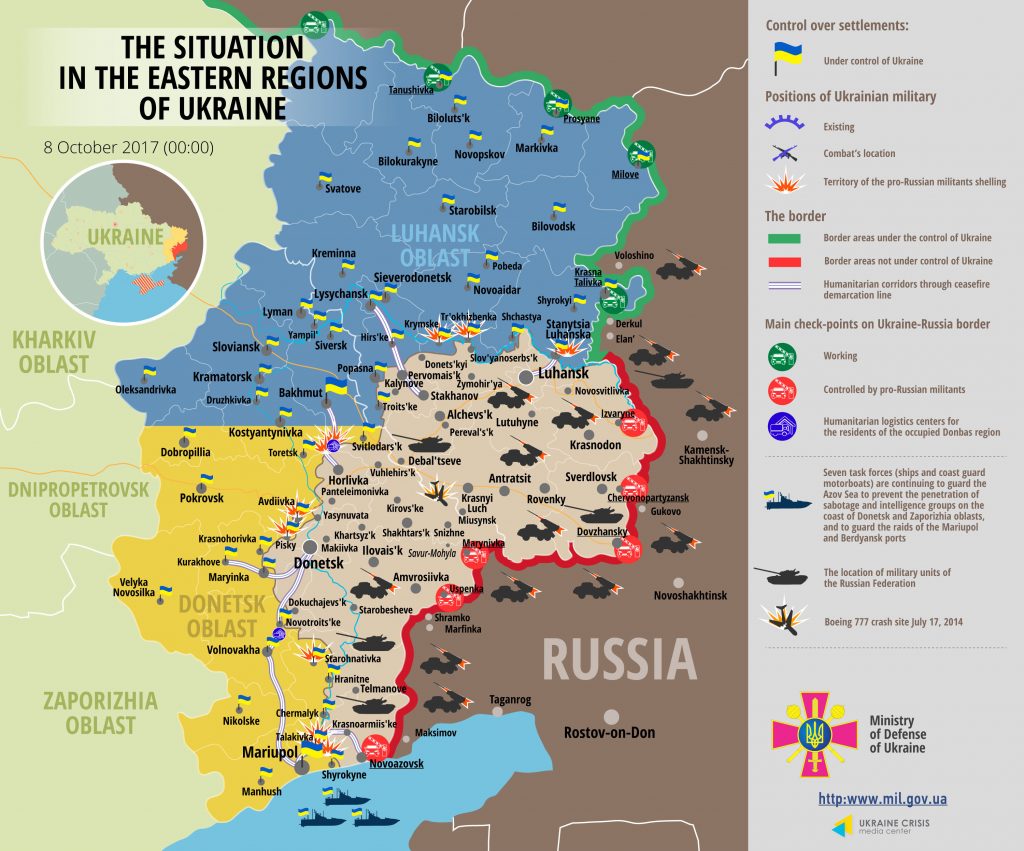 According to Col. Motuzyanyk, Ukrainian investigators issued a notice of suspicion to the head of Russian private military company Wagner, Dmitry Utkin. “Ukrainian Security Service collected significant evidential base regarding participation in fighting against ATO troops in Donbas of not only Russian career soldiers, but also mercenaries from private military companies.  One of these is a notorious Wagner group. The Security Service of Ukraine identified 1570 names and personal information of the militants who fought in the group and died in the territory of Ukraine. According to Ukrainian special services’ estimates, there are over 5000 people in Wagner private militant group,” elaborated the spokesman.

Report on the military developments as of October 7 is available here. Interactive data on the shelling: chronology shelling chart and the interactive map.