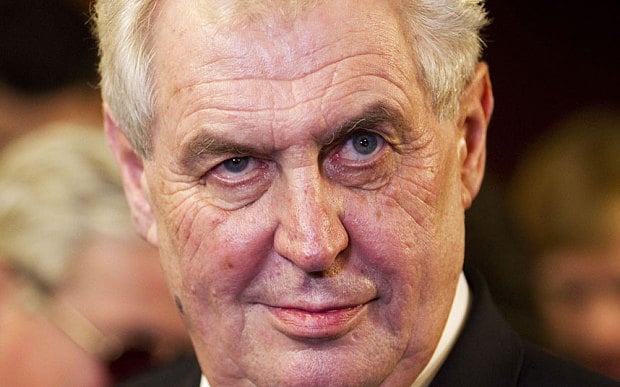 Miloš Zeman, President of the Czech Republic, considers the loss of Crimea “an accomplished fact” and proposes to settle it through payments to Ukraine. He stated this at the Parliamentary Assembly of the Council of Europe, answering the question of the Ukrainian deputy Oleksiy Honcharenko. “In my opinion, there will be some kind of compensation for Ukraine – either financial or in oil and gas,” he said.

The Czech president recognized the illegality of the Russian annexation of Crimea but said that the issue had been already resolved: “Crimea is, without doubt, an annexation. But this is an accomplished fact (fait accompli).” Zeman explained that if Ukraine does not agree to take compensation, a “European war” will begin. In particular, he cited the former German President Joachim Gauck: “If we want to take Crimea and return it to Ukraine, it will mean a European war.” On this basis, Zeman concluded that “war” is also inevitable even if Ukraine persists in returning Crimea. “We must avoid a European war and you have to understand this,” he said to the deputies.

The scandalous statement was followed by the speeches deputies from France, Armenia, Great Britain, and Serbia, but none of them referred to it, choosing other questions for the Czech guest. Moreover, several speakers in their appeals mentioned the “wisdom” of Zeman. Besides, Chairman of PACE Roger Gale, who was closing the meeting, also paid compliments to him.

It is noteworthy that the list of speakers asking questions to Zeman was closed as soon as it reached the representative of Ukraine Vladyslav Holub. He stood up to ask his question, but the chairman announced the time was up, despite the fact that the session was supposed to continue for 4-5 minutes more.

Despite the symbolic role of the President of the Czech Republic who does not possess serious legal power, the Russian press pays considerable attention to Zeman. The Prague analytical center Semantic Visions calculated that from October 2012 to February 2015, Zeman was mentioned more than 16 thousand times in Russian media. For comparison, the agency reports that President of Germany Joachim Gauck was mentioned less than 500 times for the same period. According to The Economist, given that a large part of the media in Russia is controlled by the federal authorities, such attention betokens the close relations between Zeman and the leadership of Russia.