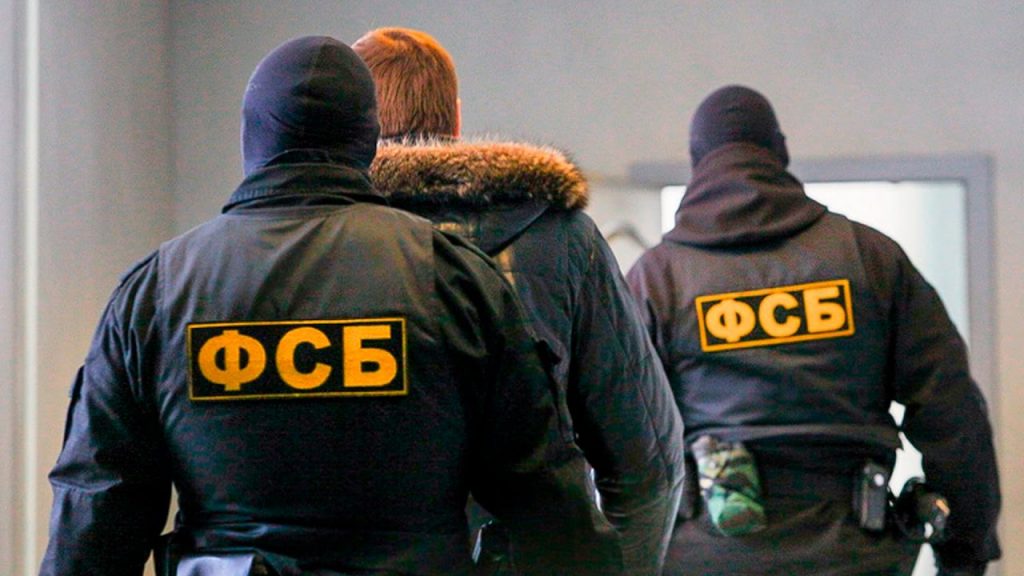 For “actions directed against Russia”

On October 18, the Investigative Committee of the Russian Federation informed that a Ukrainian citizen, allegedly involved in the activities of the “Pravyi Sector” organization [Ukrainian nationalist organization – UCMC], was detained in Rostov region. According to Russian intelligence officers, the detainee’s name is Roman Ternovskyi.

“We have found out that Ternovskyi, being a member of the “Pravyi Sector”, repeatedly participated in pickets, rallies, and other public events in the territory of Ukraine,” the statement reads.

Russian law enforcement officials point out that Ternovskyi’s actions “are directed against the interests of Russia” and are qualified under the article of the Criminal Code providing for criminal liability for the participation in the activities of an extremist organization.

Concurrently, the Right Sector spokesperson Artem Skoropadskyi stated that the detained Ternovskyi had not been an activist of the organization for a long time.

For “crossing the border of the Russian Federation”

The State Border Guard Service of Ukraine informs that on October 3, two border guards, Ihor Dzyubak and Bohdan Martsoni, disappeared while monitoring the border in Sumy region. The following day, the Russian Federation officially confirmed the arrest of the two SBGS servicemen.

Subsequently, on October 6, Russia denied the request by the Ukrainian consul to visit the detainees, saying that the detainees had allegedly not been identified yet. On October 9, the Russian court arrested  Dzyubak and Martsoni for two months. On October 13, the FSB accused  Ukrainian border guards of committing an offense under the article of the Russian Criminal Code “Illegal crossing of the state border of the Russian Federation”.

For “participation in extremist organizations”

On September 6, the Federal Security Service of Russia detained Oleksandr Shumkov, former bodyguard of MP Dmytro Yarosh (“Pravyi Sector” political party). According to his mother, he disappeared in late August – “just left for work and did not come back.” At the same time, the Border Guard Service noted that on August 23, Yarosh’s ex-bodyguard had allegedly legally crossed the Ukrainian-Russian border in his car.

Later, on October 11, it became known that detained Shumkov is still in a Russian detention center.

On August 28, former border guard Ihor Hryb, who is engaged in creating chaplaincy service in law enforcement agencies, informed about the abduction of his son Pavlo by special services of Russia during his visit to Belarus.

“On August 24, 2017, my 19-year-old son Pavlo went to Gomel to see a girl, with whom he had corresponded only through social media, first via VKontakte, and then via Skype,” wrote the father.

As it turned out, the detainee had been placed on the wanted list for violating Article 205 of the Russian Federation Criminal Code (terrorism) by the Krasnodar department of FSB in Sochi.

On October 18, the Oktyabrsky District Court of Krasnodar extended the detention of Pavlo Hryb until January 4, 2018. Earlier in August, he was arrested in Krasnodar for two months.

For “arms and explosives smuggling”

On May 4, the Russian Federal Security Service stated that they had detained a Ukrainian in Krasnodar on suspicion of selling weapons and explosives smuggled into Russia.

According to the report, law enforcement agencies “stopped illegal trafficking of weapons, ammunition, and explosives from the territory of Ukraine.”

“A citizen of Ukraine suspected of committing a crime has been arrested in Krasnodar,” the Federal Security Service spokesman said, without specifying the date of the detention.

For the purposes of “identification”

On March 21, Moscow police detained Ukrainian journalist, UNIAN correspondent Roman Tsymbalyuk, who was working in Russia. Together with him, 1 + 1 channel cameraman Mykyta Borodin and graduate student Sarapulov were arrested.

The journalist informed that he was interviewing the graduate student who had flown the flag of Ukraine on the third anniversary of the Crimea annexation.

Later on the same day, Tsymbalyuk informed that he was released from the police station.