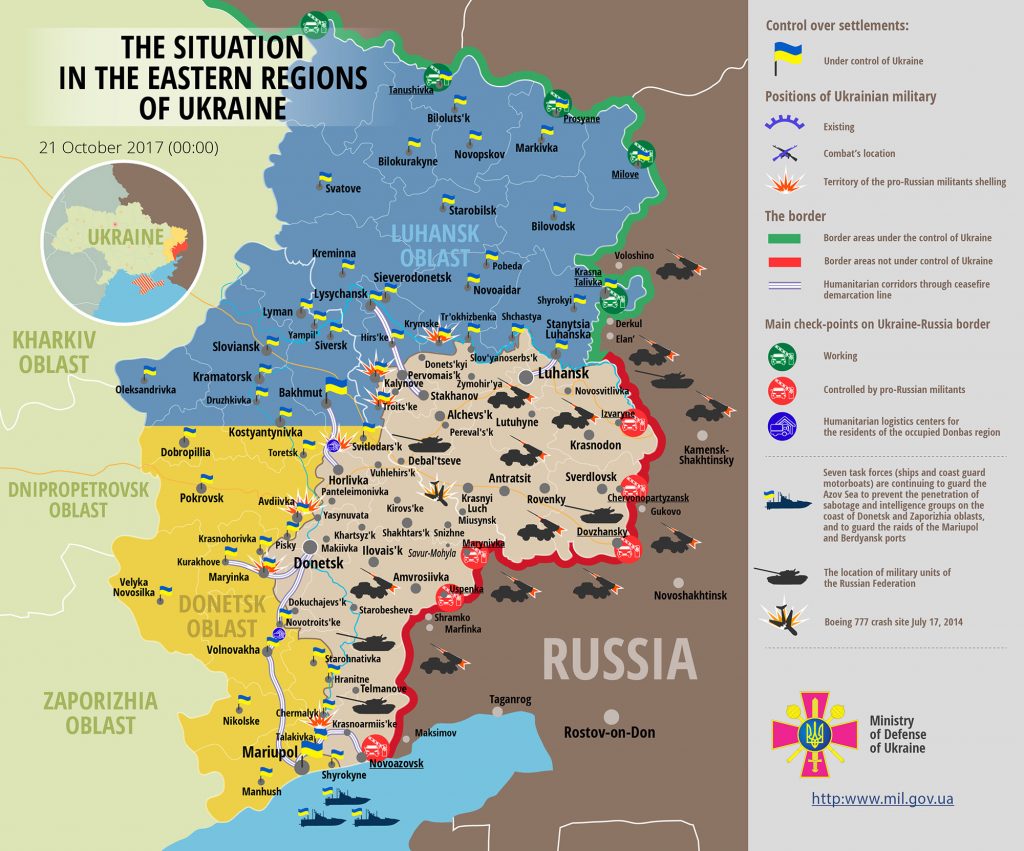 According to the Chief Intelligence Directorate of Ukrainian Ministry of Defense, inhabitants of temporarily occupied territories of Donetsk and Luhansk are frustrated with pro-Russian militants’ action, and pro-Ukrainian sentiments are growing among them. “Owing to this, the enemy increased the number of drills of keeping so-called units on alert with obligatory practice of such elements as “Defeating attack of infiltration teams supported by local population at military camp” and “Organizing all-round defense,” said the spokesman.

Report on the military developments as of October 21 is available here. Interactive data on the shelling: chronology shelling chart and the interactive map.