Militants attacked 16 times in the ATO zone yesterday, using aimed fire 15 times. No Ukrainian troops were killed in action. “One soldier was wounded in a shelling against our positions near Kamianka. He was urgently evacuated to Pokrovsk medical hospital. His injuries are not life threatening and all necessary medical aid is being provided,” informed Ministry of Defense spokesman on ATO-related issues Colonel Andriy Lysenko at a press briefing at Ukraine Crisis Media Center. 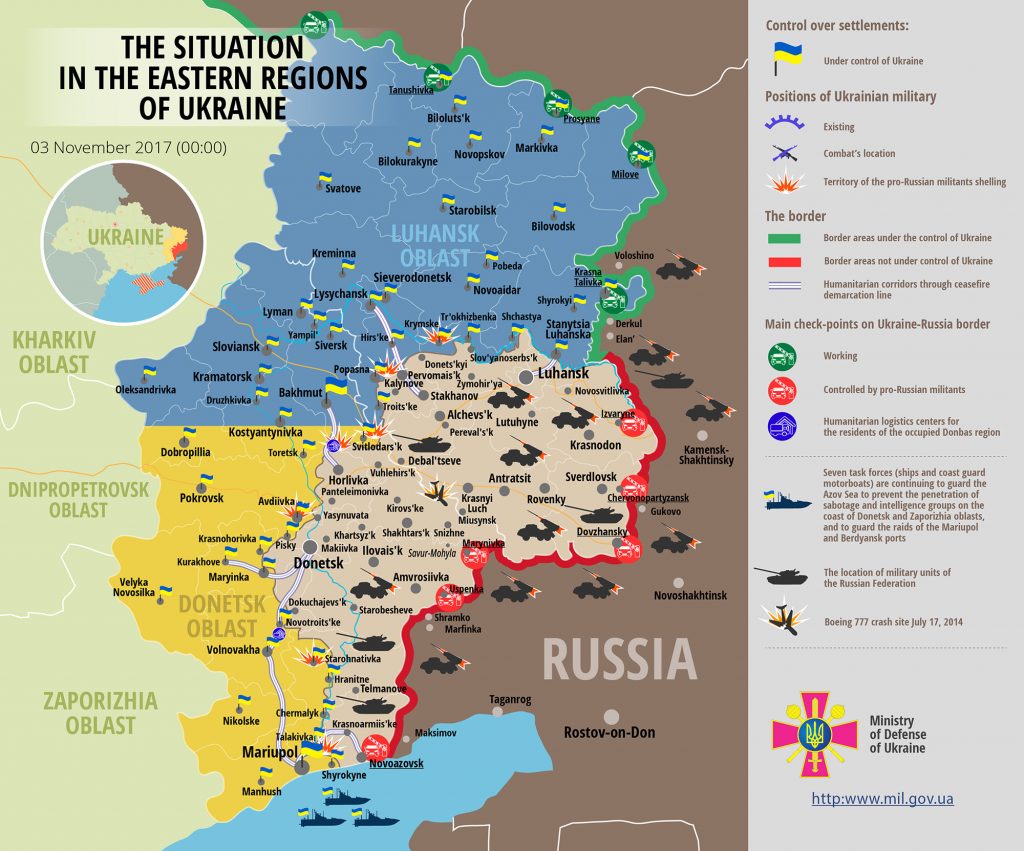 Report on the military developments as of November 2 is available here. Interactive data on the shelling: chronology shelling chart and the interactive map.

Ministry of Defense spokesman on ATO