Situation in the conflict zone in the east of Ukraine remained tensed yesterday. “Russia-backed militants violated the ceasefire 25 times all along the contact line. Ukrainian servicemen responded with fire 15 times,” reported Colonel Andriy Lysenko, Ukrainian Ministry of Defense spokesman on ATO, at a press briefing at Ukraine Crisis Media Center. In 14 of the attacks militants used mortars, firing more than 100 rounds at Ukrainian positions. 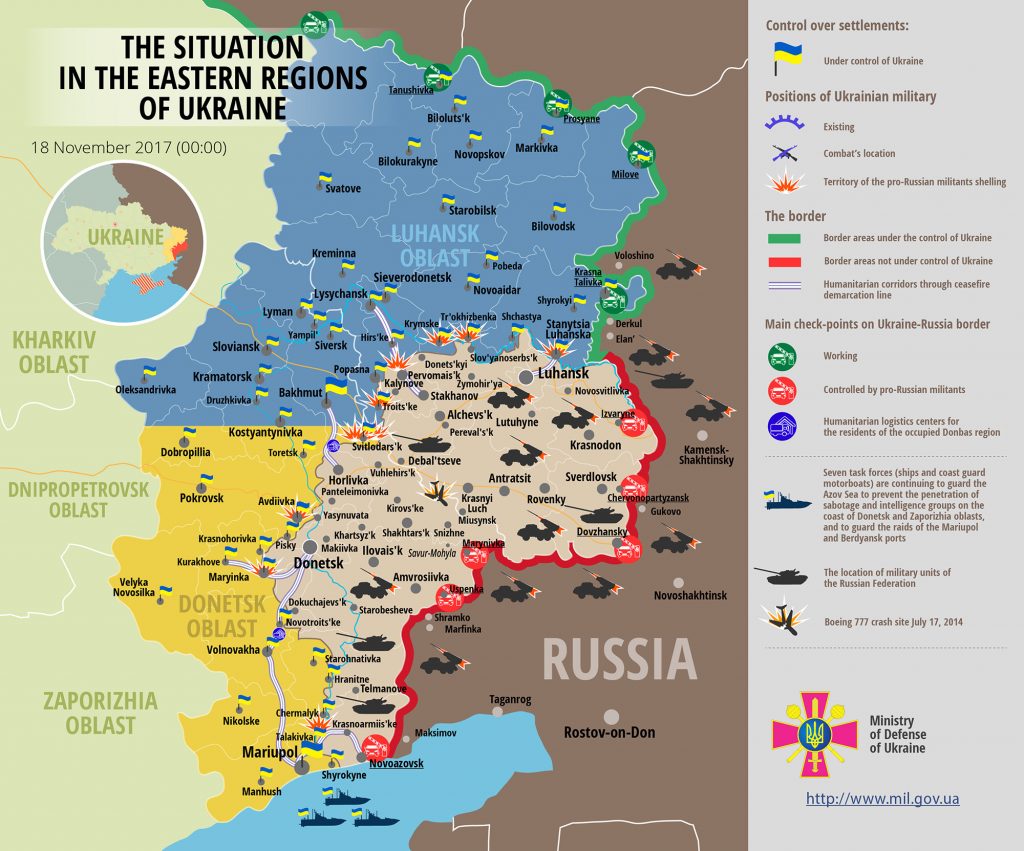 In Donetsk sector, Russian proxies attacked Ukrainian positions with direct fire seven times. “Pavlopil was the key hotspot. Militants violated the ceasefire four times there, using various arms. At about 18:00 they opened fire from 120-mm and 82-mm mortars, firing two rounds, but then had to stop after the response from Ukrainian troops,” elaborated the spokesman. In the vicinity of Maryinka and Avdiivka militants fired from grenade launchers and small arms. Ukrainian servicemen responded with fire to the majority of attacks using weapons not proscribed by the Minsk agreements.

Note: for the purposes of reporting, part of ATO zone previously referred to as Mariupol sector was merged with Donetsk sector.

Report on the military developments as of November 17 is available here. Interactive data on the shelling: chronology shelling chart and the interactive map.