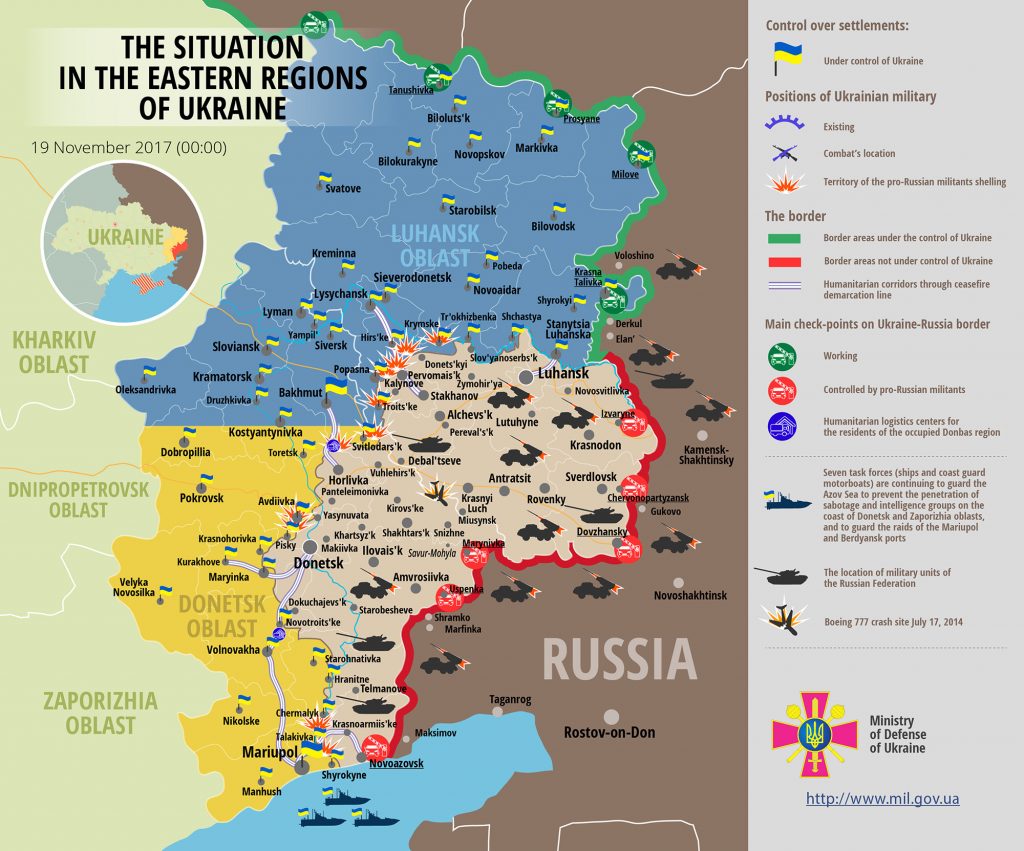 In Donetsk sector, the largest number of enemy’s aimed attacks were registered in the Vodyane area. “The enemy opened fire from 120-mm and 82-mm mortars four times. For more than half an hour, the enemy fired five times at Ukrainian positions from the tank, and carried tight fire from grenade launchers”, said the Ukrainian Ministry of Defense spokesman on ATO. Russian proxies fired from 120-mm and 82-mm mortars at Ukrainian troops in Opytne and Pavlopil.

Note: for the purposes of reporting, part of ATO zone previously referred to as Mariupol sector was merged with Donetsk sector.

Report on the military developments as of November 18 is available here. Interactive data on the shelling: chronology shelling chart and the interactive map.