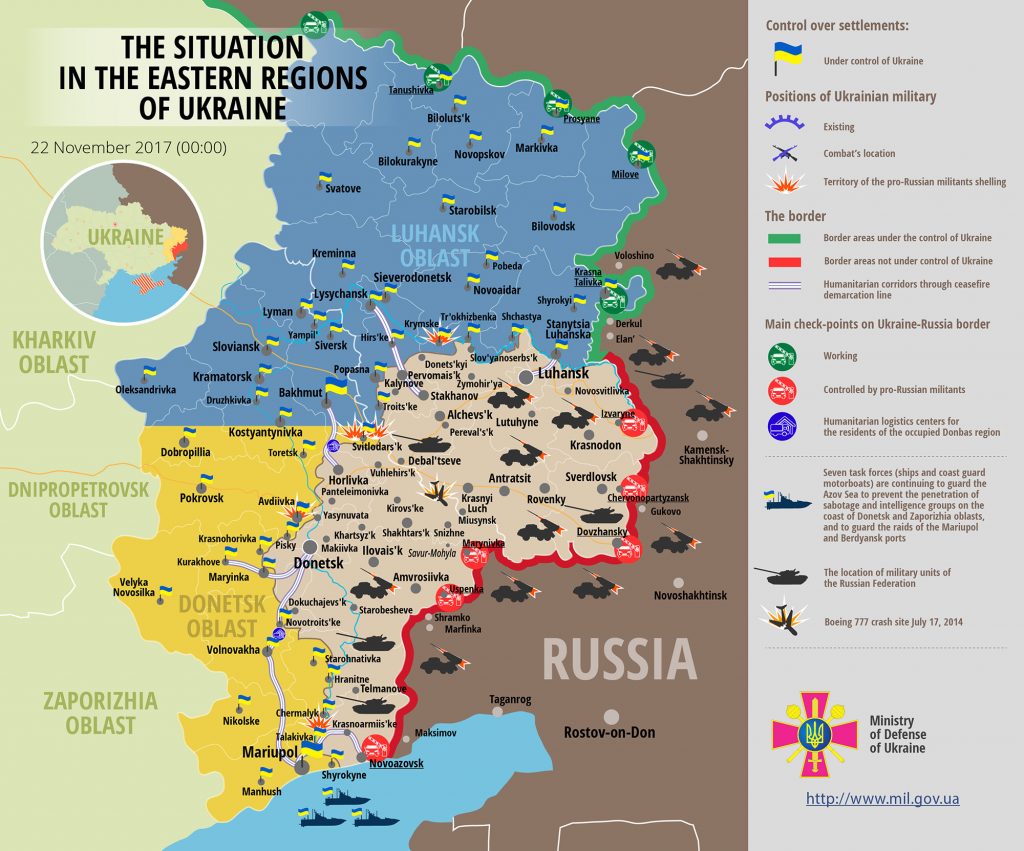 Russia’s proxies made seven attacks in Luhansk sector. “The situation was particularly tense in the Svitlodarsk area. In the second half of the day Russia-backed militants fired upon the Ukrainian troops in Luhanske with 152-mm artillery and 82-mm mortars. Militants fired a total of three large-caliber shells and 27 mortar rounds upon the Ukrainian positions. Late in the evening Ukrainian positions outside Luhanske came under fire once again, this time they were attacked with small arms,” Colonel Lysenko said. On the outskirts of Lozove Russia’s proxies fired seventeen 82-mm mortar rounds and five more 82-mm mortar rounds near Novoluhanske. “The enemy violated ceasefire three times near Novoluhanske using IFV-mounted weapons,” the ATO spokesman said.

Report on the military developments as of November 21 is available here. Interactive data on the shelling: chronology shelling chart and the interactive map.