The situation in the combat zone in eastern Ukraine remained tense over the last day. “The enemy made seven attacks upon Ukrainian troops. There was one combat engagement. Ukrainian troops returned fire in five cases,” said the Ukrainian Ministry of Defense spokesman on ATO Colonel Andriy Lysenko at a press-briefing at Ukraine Crisis Media Center. 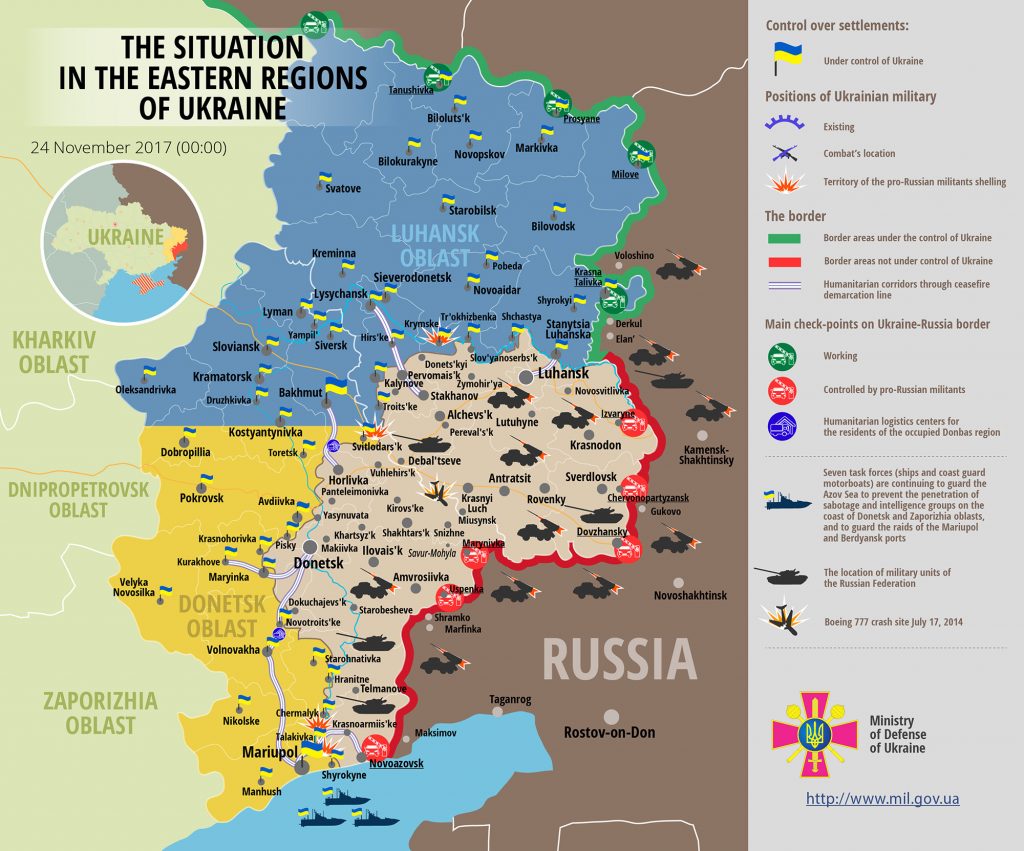 In Luhansk sector Russia-backed militants violated ceasefire four times. In the morning near Krymske there was a combat engagement between Russia-backed militants and Ukrainian troops. “During the engagement the adversary was firing upon Ukrainian positions with all the weapons available including mortars. In the second half of the day the enemy kept attacking the Ukrainian positions in the area of Krymske with mortars and small arms,” Colonel Lysenko noted. Russia’s proxies fired grenade launchers and small arms upon the Ukrainian positions near Luhanske and Novooleksandrivka. Ukrainian troops returned most of the attacks from the weapons not proscribed under the Minsk agreements.

According to the Main Intelligence Department, while the crisis is unfolding in the so-called “LPR”, the units of the Russian Federal Security Service (FSB) in the occupied territory of Luhansk region started identifying the persons of pro-Ukrainian orientation. “In addition to ‘arresting’ the suspects, they compile lists of all so-called ‘unreliable’ persons whom they send draft notices asking them to come to the office of the so-called ‘ministry for state security’ for a talk. Moreover they try to invite the persons who left to the Ukraine-controlled territory through their family members or friends staying in the occupied area,” the ATO spokesman said.

Report on the military developments as of November 23 is available here. Interactive data on the shelling: chronology shelling chart and the interactive map.