Last night the situation in the ATO zone remained tense. The militants continued to shell Ukrainian positions with weapons prohibited by the Minsk agreements. In total militants attacked positions of  Ukrainian Armed Forces 17 times. The Ukrainian Ministry of Defense spokesman on ATO Colonel Andriy Lysenko reported this at a press-briefing at Ukraine Crisis Media Center. 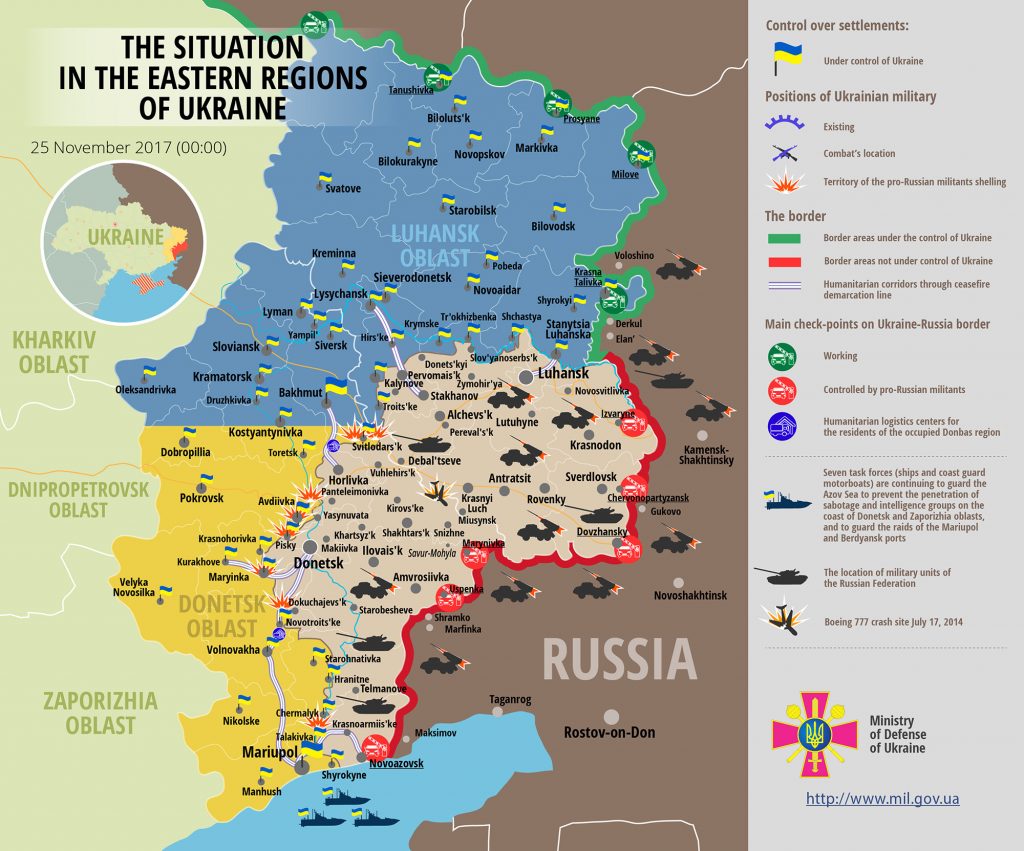 Ukrainian troops returned most of the attacks from the weapons not proscribed under the Minsk agreements.

Ukrainian Armed Forces incurred no losses yesterday.  “Moreover, two servicemen, who were considered dead during a clash near the Krymske, due to their considerable combat experience and courage, were able to escape from the zone of enemy defeat and return to their units,” Colonel Lysenko added.

Report on the military developments as of November 24 is available here. Interactive data on the shelling: chronology shelling chart and the interactive map.