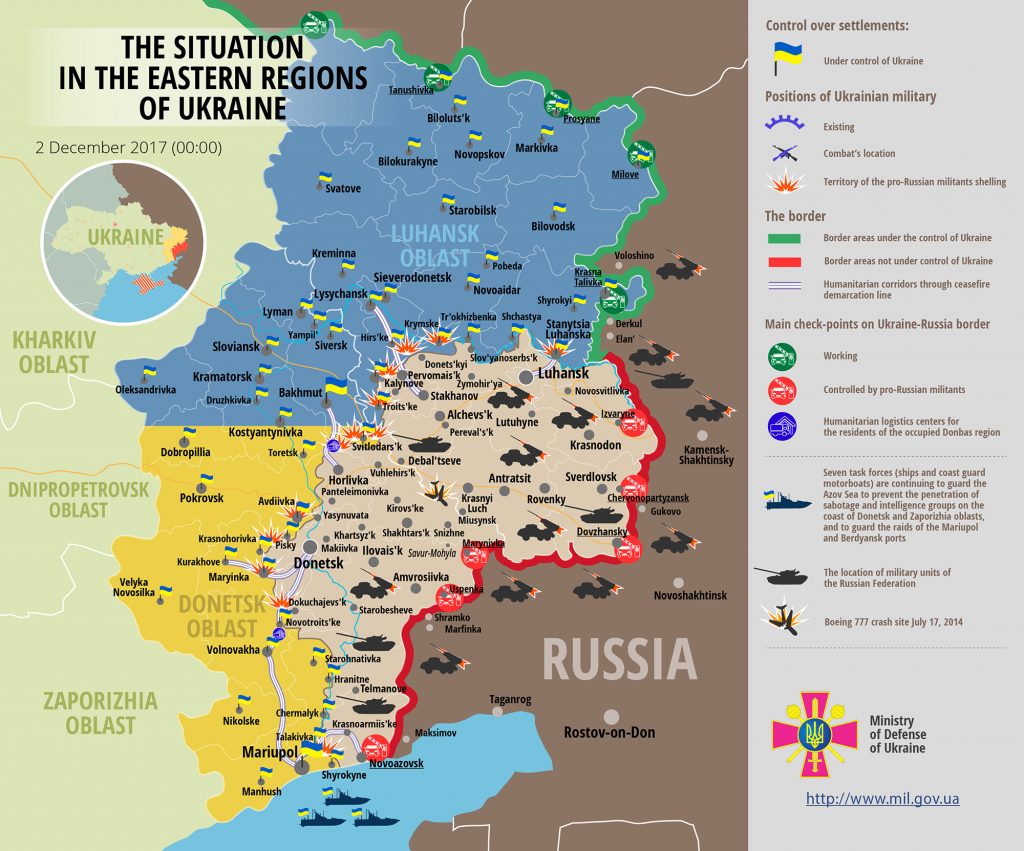 “One Ukrainian serviceman was seriously wounded in action near Troitske and died of wounds at the hospital in Popasna. One more serviceman was wounded by a trip wire near Verkhniotoretske,” informed Col. Motuzyanyk.

Report on the military developments as of December 1 is available here. Interactive data on the shelling: chronology shelling chart and the interactive map.