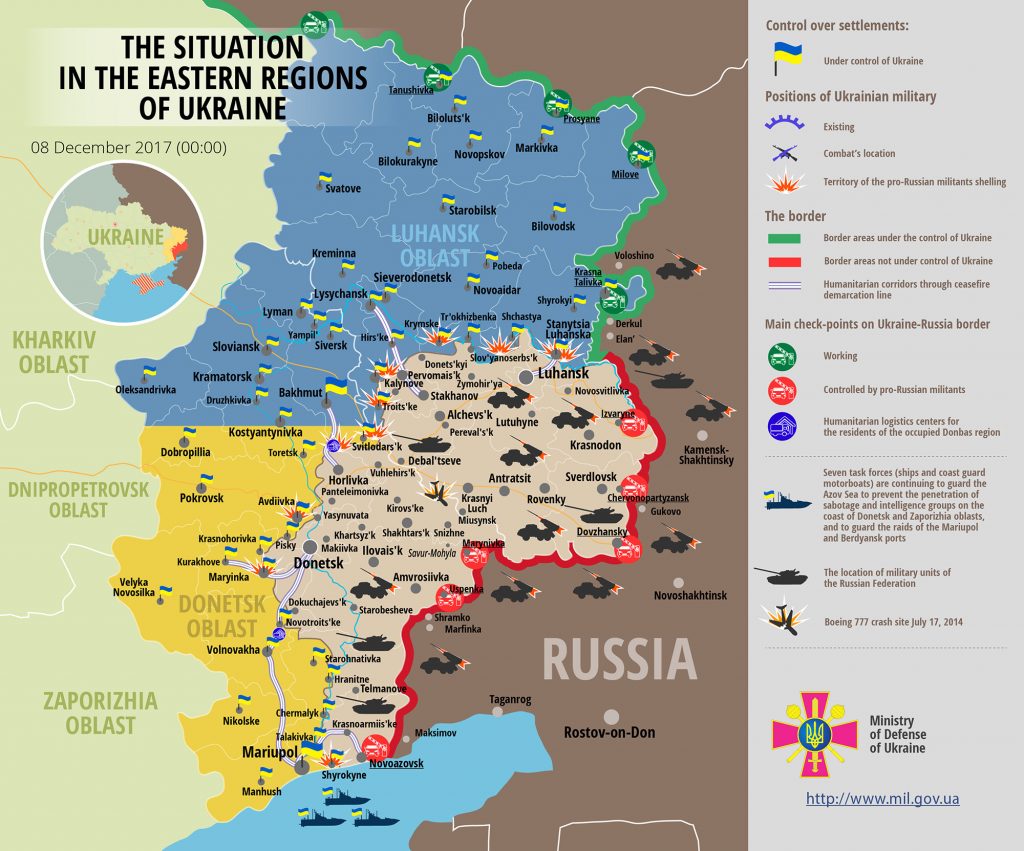 One Ukrainian serviceman was killed in action and three more were wounded. The incidents took place in Avdiivka area (shelling), near Shyrokyne (small arms attack), and near Verkhniotoretske (tripwire).

Report on the military developments as of December 7 is available here. Interactive data on the shelling: chronology shelling chart and the interactive map.