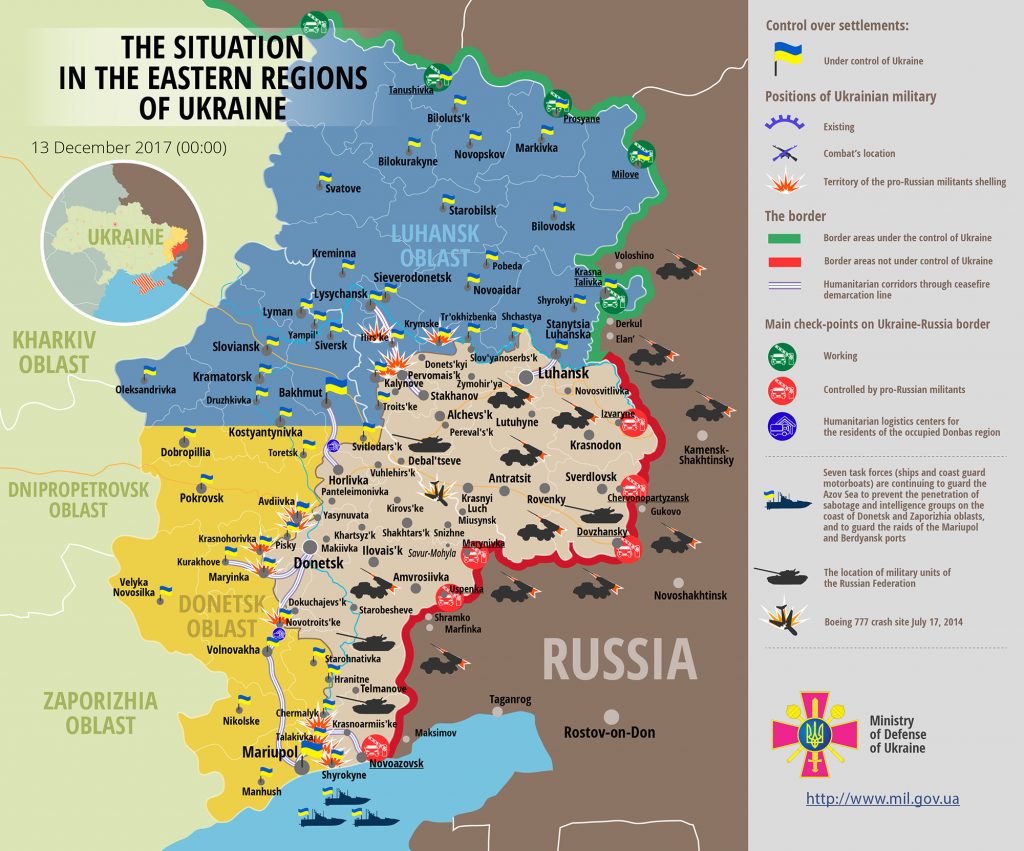 In Shakhta Butovka area, Russia-backed militants used grenade launchers, small arms, and 82-mm mortars in the first half of the day. “Later, militants reinforced their attacks with a tank having used it eight times by the evening,” Colonel Motuzyanyk added. Ukrainian troops returned fire using weapons not proscribed under the Minsk agreements.

Report on the military developments as of December 12 is available here. Interactive data on the shelling: chronology shelling chart and the interactive map.