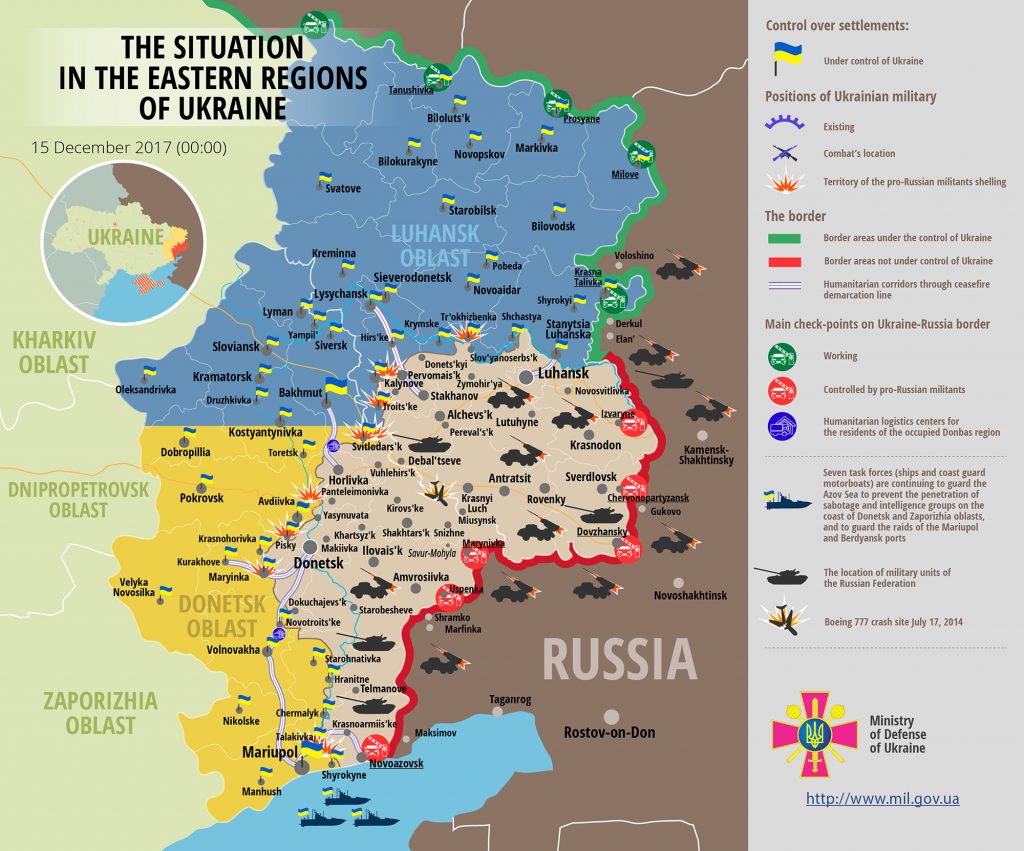 Unfortunately, four Ukrainian troops were wounded in action: two near Maryinka, another two in Pisky and Luhanske areas.

Report on the military developments as of December 14 is available here. Interactive data on the shelling: chronology shelling chart and the interactive map.