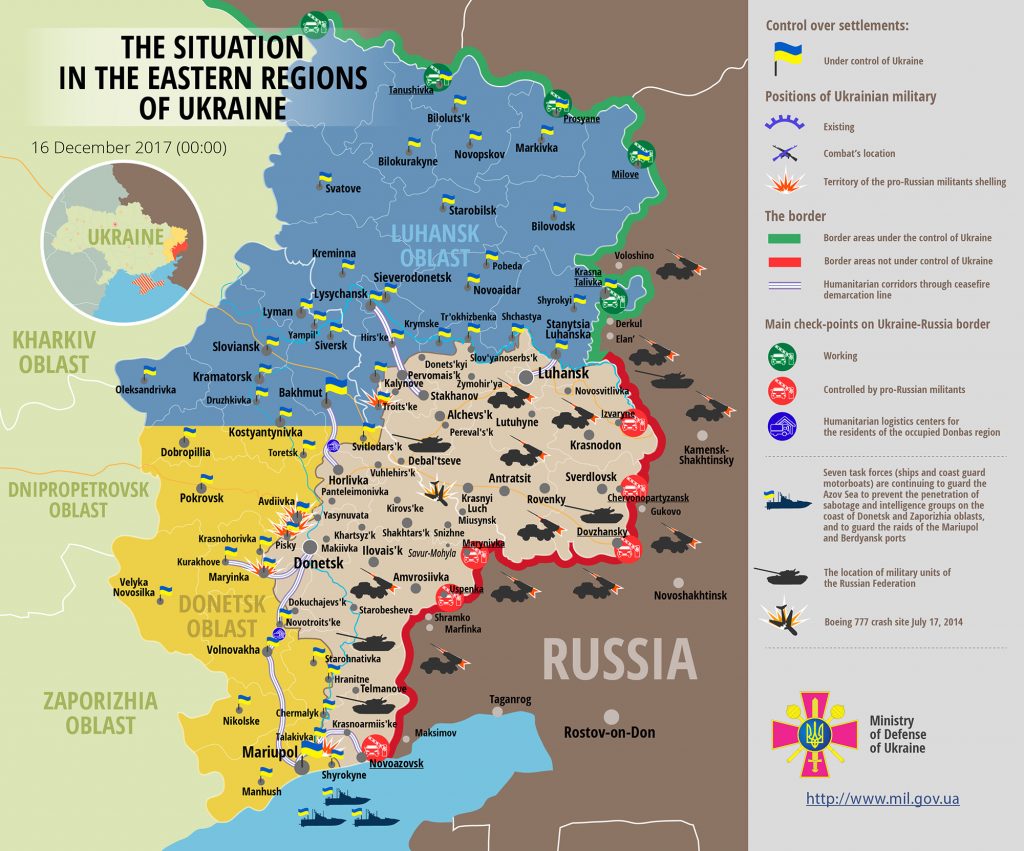 Two of militants’ attacks took place in Luhansk sector. “After 19:00 militants fired from 120-mm mortars on Ukrainian positions near Troitske. The attack continued for several hours, they fired a total of 38 mortar rounds. Moreover, in the evening the adversary fired from automatic grenade launchers and small arms on our position near Zhovte,” elaborated Col. Motuzyanyk. In both cases, Ukrainian servicemen fired in response fromautomatic grenade launchers and mounted weapons of infantry fighting vehicle (IFV).

According to the information of the Chief Intelligence Department of the Ministry of Defense of Ukraine, on December 14-15 Russian officers from the so-called press service of the 1st Armed Corps on the territory not controlled by the Government organized shooting of a staged footage on their positions, aimed to demonstrate the imitated violations of Minsk agreements by Ukrainian forces, reported Col. Motuzyanyk. In addition, according to Ukrainian intelligence, Russian military engineers laid new mines on the territory not controlled by the Government. “On December 13-14, the servicemen of the so-called 1st Armed Corps laid new minefields, using MON-100 anti-personnel mines and KPOM cluster munitions, without creating maps of the minefields,” noted the spokesman.

Report on the military developments as of December 15 is available here. Interactive data on the shelling: chronology shelling chart and the interactive map.