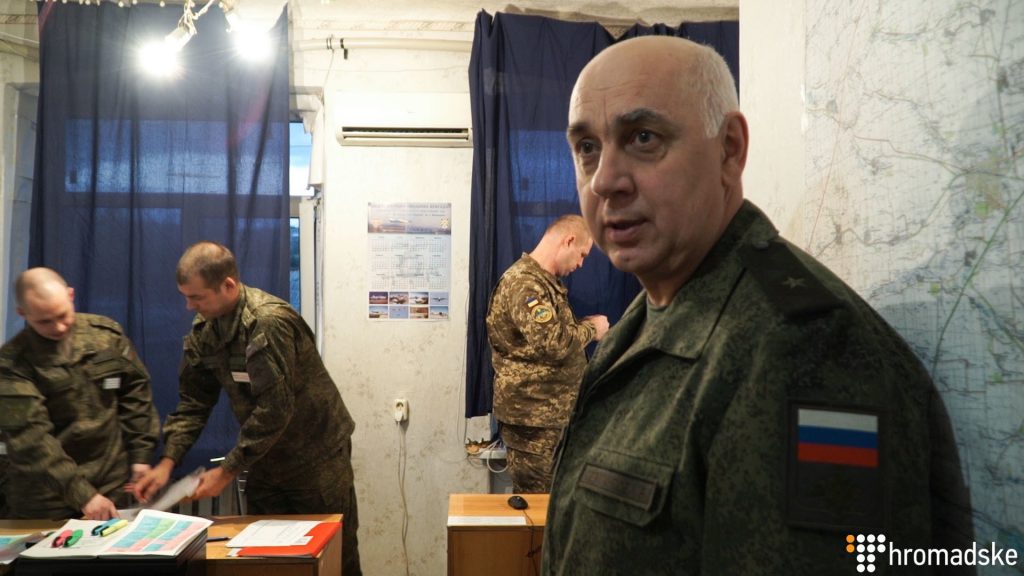 On December 19, 2017, seventy-five Russian officers left the resort facility “Soliana Symphonia” (The Salt Symphony) in Soledar, Donetsk region. They were stationed there as part of the Joint Center on Control and Coordination of the ceasefire and stabilization of the contact line. Since 2014, the Center has been monitoring the ceasefire and was a unique communication channel between the Ukrainian and the Russian military in the conflict zone. Why have Russians withdrawn from the group they were working in for over three years? What are the consequences to come? UCMC collects facts and opinions to shed some light on the situation.

What is JCCC? The Joint Center on Control and Coordination of the ceasefire and stabilization of the contact line (JCCC) has been active in the government-controlled part of the Donetsk region since September 26, 2014. The Center was established soon after the Minsk agreements were signed in order to monitor the implementation thereof. The former head of the Ukrainian side at the JCCC Major General Borys Kremenetskyi in an interview of October 2016 claimed that the joint action had managed to stop up to 70 percent of attacks along the contact line. 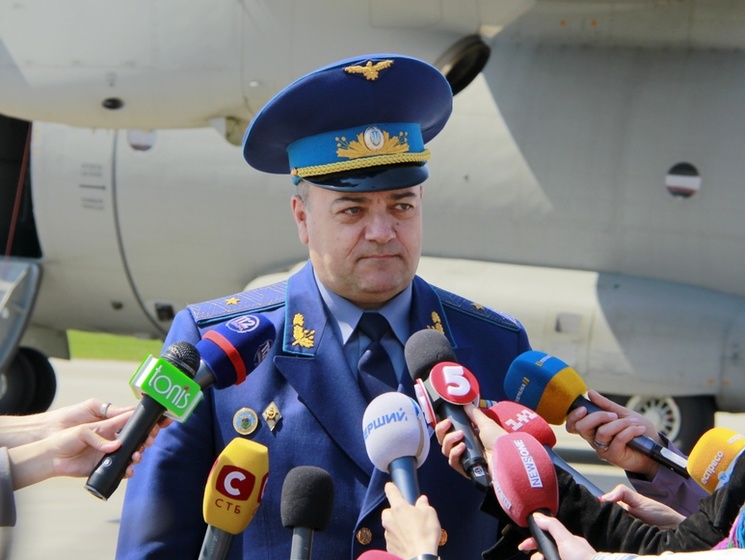 How the Center worked. Ukrainian and Russian sides, each headed by a general, were negotiating the ceasefire. In a designated room three Ukrainian and three Russian servicemen received phone calls from the military both from the occupied and the government-controlled areas round-the-clock. Ukrainian officers had a phone connection with the military command centers, units, and monitors from the Ukrainian side, and Russians respectively – with the positions and the command on the opposite side (of the so-called “DPR” and “LPR”). When the attacks were reported in a certain area, the opposite side was calling to where the fire could have been conducted from. Thus, they sometimes managed to stop the attacks.

The Center’s daily life. Ukrainians and Russians lived under one roof – in a resort and medical facility of Soledar that back in peaceful times used to treat the patients in the salt mines. Whenever the Russian officers were to go to a shop, a canteen or a gym, they were escorted by a Ukrainian National Guard unit.
Outside the working hours, the relations between the servicemen were always tense. Russian and Ukrainian officers had different schedules at the canteen, the Russian servicemen in Soledar were unarmed and were always guarded b armed Ukrainian military.

Why have Russians withdrawn from the Center?The first official version of the Russian Foreign Affairs Ministry was the “disrespectful attitude on the part of Ukrainians” and the “tense psychological atmosphere”. One of the pro-Russian Telegram accounts published an alleged internal order of the Ukrainian side to the JCCC that concerns the Russian servicemen in the “Salt Symphony”. Biggest indignation aroused around the points stipulating that “Smoking time not to exceed 10 minutes” and “Smoking prohibited after 22:00”. The version suggesting that the “work of the Russian officers was impeded” was voiced by the Russian President Putin as the main reason behind the withdrawal of the Russian servicemen during his phone call with the German Chancellor Angela Merkel on December 21.

The reaction of Ukraine’s Ministry of Foreign Affairs. The Ministry called the demarche of the Russian servicemen “a provocation undermining the Minsk agreements as well as an attempt to avoid the responsibility for the consequences of the armed aggression against Ukraine as a party to the conflict”. Ukrainian diplomats also think Russia is purposefully trying to push Ukraine to negotiate with the self-proclaimed “republics”.

Forcing Ukraine to start negotiations with militants?Ukraine’s representative to the security subgroup within the Trilateral Contact Group Yevhen Marchuk is of the opinion that one of the main motivations that the Russian Federation is sporting is to force Ukraine to start talking directly to the militants. “At first, there was a drastic increase in the number of the attacks involving Grad MLRS’ and heavy artillery as well as of the attacks upon the populated areas, Novoluhanske in particular [eight persons got injured and dozens of houses including the multi-storied ones were damaged in the incident – UCMC]. The escalation continued further (…) and then Russia withdrew its military from the JCCC,” Marchuk wrote. “The main aim of the move with the withdrawal of the Russian servicemen from the JCCC is to make Ukraine start direct talks with the militants so that Russia gets all grounds to say: you see, they have a civil war going and they started negotiating …, we are just peacekeepers – mediators, so the sanctions need to be lifted.” 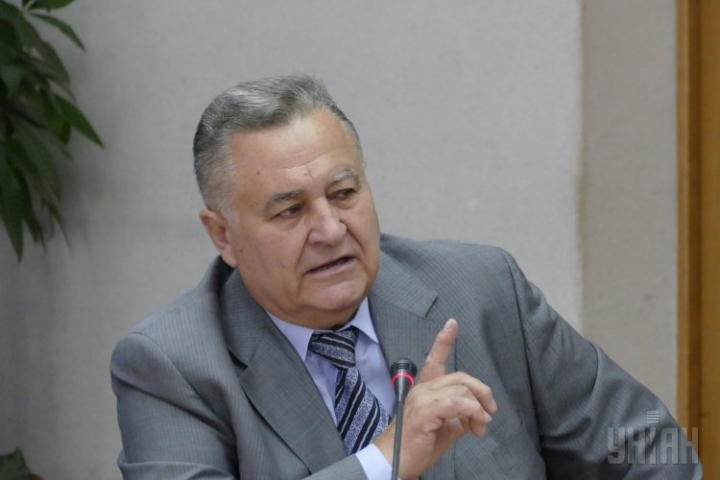 The version on biometric passports. Head of the Ukrainian side of the JCCC, Major General Yuriy Ostakh assumes that the problem with the Russians stems from the fact that according to the Ukrainian legislation effective January 1, 2018, they would have to be in possession of biometric passports and their biometric data (fingerprints) would be collected while crossing the border, which is prohibited by the Russian legislation. 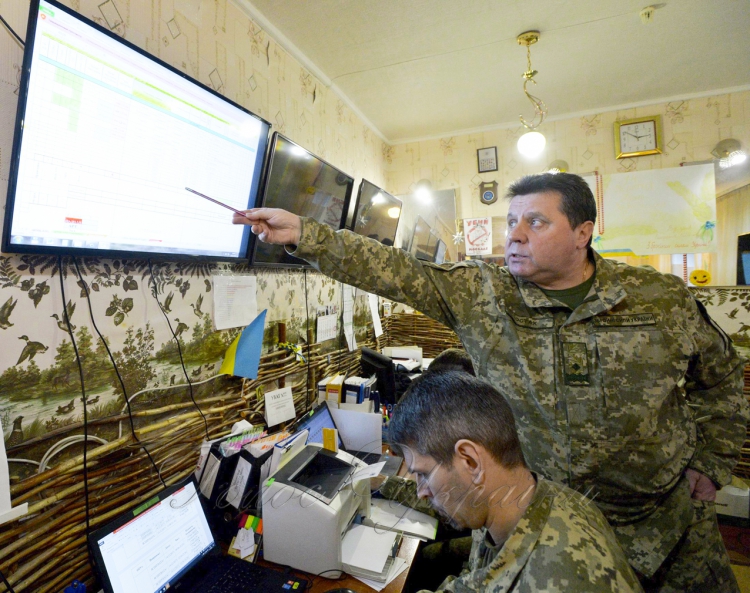 The signal of a coming escalation? Secretary of the Security and Defense Council of Ukraine Oleksandr Turchynov does not rule out that Russia has withdrawn its representatives from the Joint Center for Control and Coordination due to the planned combat escalation in Donbas. “We cannot rule out that they are withdrawing their officers to intensify not only provocations but combat action,” the Secretary said.

The reaction of President Poroshenko. Poroshenko advocates for reinforcing the JCCC with representatives of Germany and France. However, the President’s statement does not explain how French and German military will coordinate the ceasefire from the militant side. The use of the Center was in the fact that Russian servicemen could influence directly the military units in the temporarily occupied part of Ukraine.

Influence on the intensity of hostilities. Recent developments in the combat zone demonstrate that withdrawal of Russians from the Center already has negative consequences. Chief Monitor of the OSCE Special Monitoring Mission to Ukraine Ertugrul Apakan said that the attacks that took place between 11 and 17 December reached the level of the last February when the hostilities recorded outside Avdiivka turned to be the most intense ones in a year. 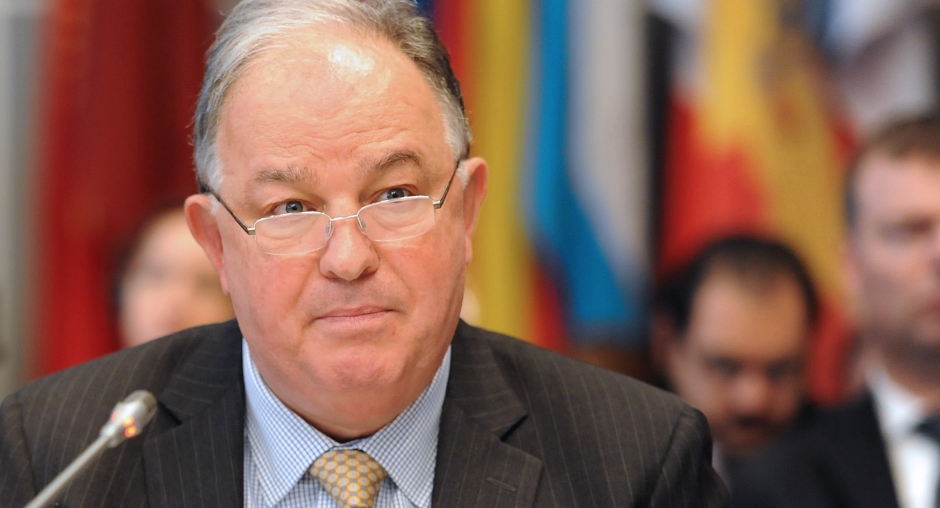 Will Russia return to the Center? Ukraine’s representative to the security subgroup within the Trilateral Contact Group Yevhen Marchuk said that the Russian representative to the subgroup made an official statement in Minsk last Wednesday claiming Russia’s readiness to bring back their military to the JCCC after a series of conditions are met. “They include approval of the JCCC statute, the status of the military, security guarantees, etc.”

Changes in the OSCE work. Apart from assisting in establishing the ceasefire, the JCCC was also contributing to demining activities and safety guarantees for the OSCE. Before starting patrolling OSCE monitors would notify the Center representatives who were responding how safe it was to go to this or that place using this or that road. This task can be now accomplished in the government-controlled area only. 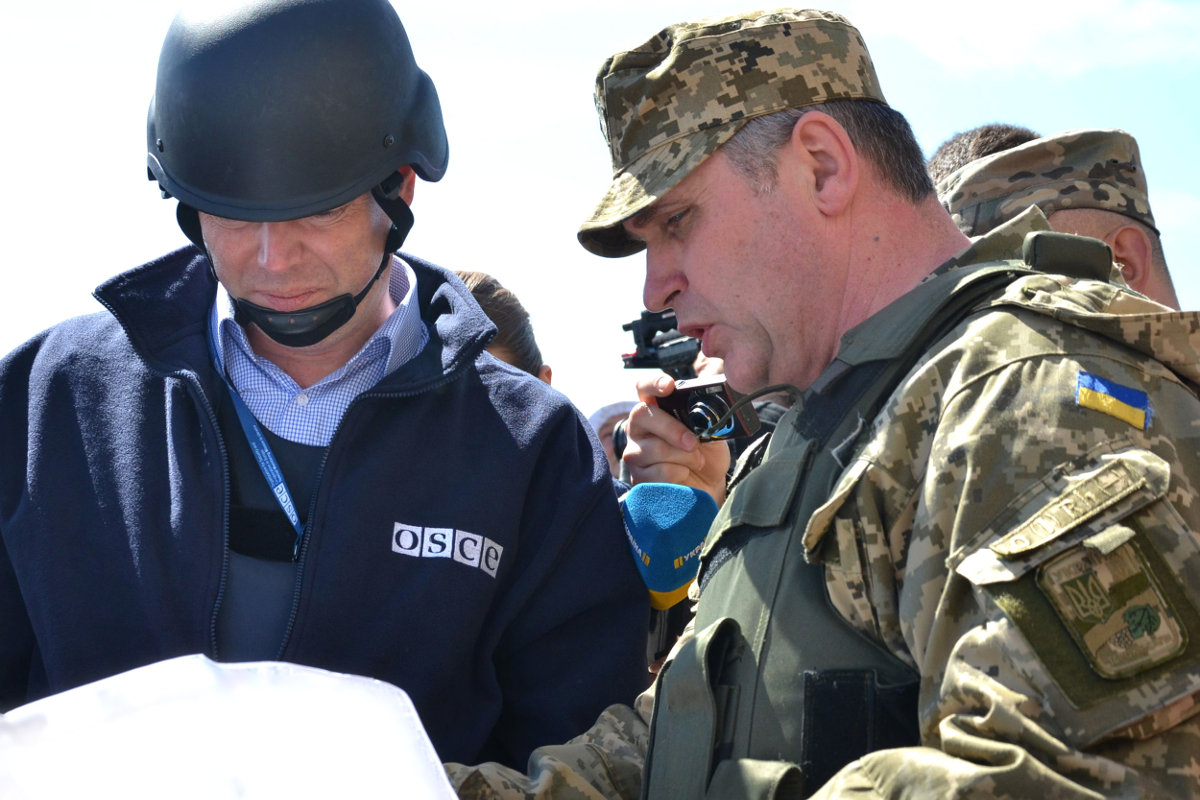 Changes to the humanitarian situation in Donbas. Ukraine’s representative to the security subgroup within the Trilateral Contact Group Yevhen Marchuk explained how the withdrawal of Russians from the JCCC can affect the humanitarian situation in Donbas. “JCCC used to be the only mechanism for a direct non-combat contact between Ukrainian and Russian troops on the contact line, its functions were to resolve the problems in the interests of the civilian population – such as to repair critical infrastructure. To repair destroyed water pipeline of a big diameter, high pressure gas pipeline, poles of overhead power lines, a water filtration station, or a power substation that run across the contact line and feeds several millions of civilians on both sides of the contact line, an application had to be first submitted to the JCCC. Ukrainian and Russian servicemen of the JCCC considered the application (…), a joint positive decision would guarantee complete temporary ceasefire in the area and the OSCE patrol would be notified. Then the OSCE patrol and the joint Ukrainian-Russian patrol would depart to the spot and the fire would be stopped for the time while they are on the ground,” Marchuk explained. The ceasefire negotiated and guaranteed by the JCCC allowed to demine the area, repair damaged infrastructure and help civilian staff move across the area. After Russian servicemen withdrew from the JCCC, such issues will be hard to resolve.