Russia-backed militants have significantly decreased the number of attacks in eastern Ukraine. However, despite the recent decision on establishing a holiday ceasefire, the militants delivered nine precision attacks against Ukrainian troops yesterday. Ukrainian troops did not return fire, reported Colonel Oleksandr Motuzyanyk, Ukrainian Ministry of Defense spokesman on ATO, at a press briefing at Ukraine Crisis Media Center. 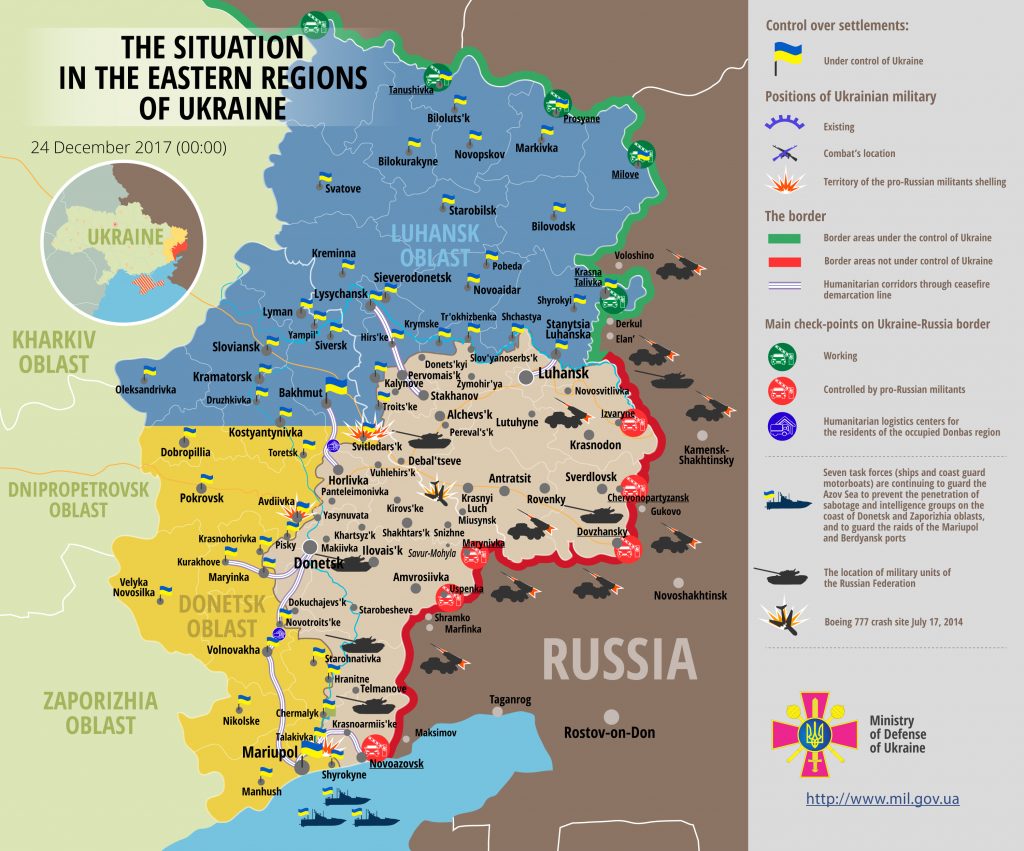 Unfortunately, one Ukrainian serviceman was killed in action by sniper, and one more was wounded by mortar fire in Luhanske area yesterday.

Report on the military developments as of December 23 is available here. Interactive data on the shelling: chronology shelling chart and the interactive map.