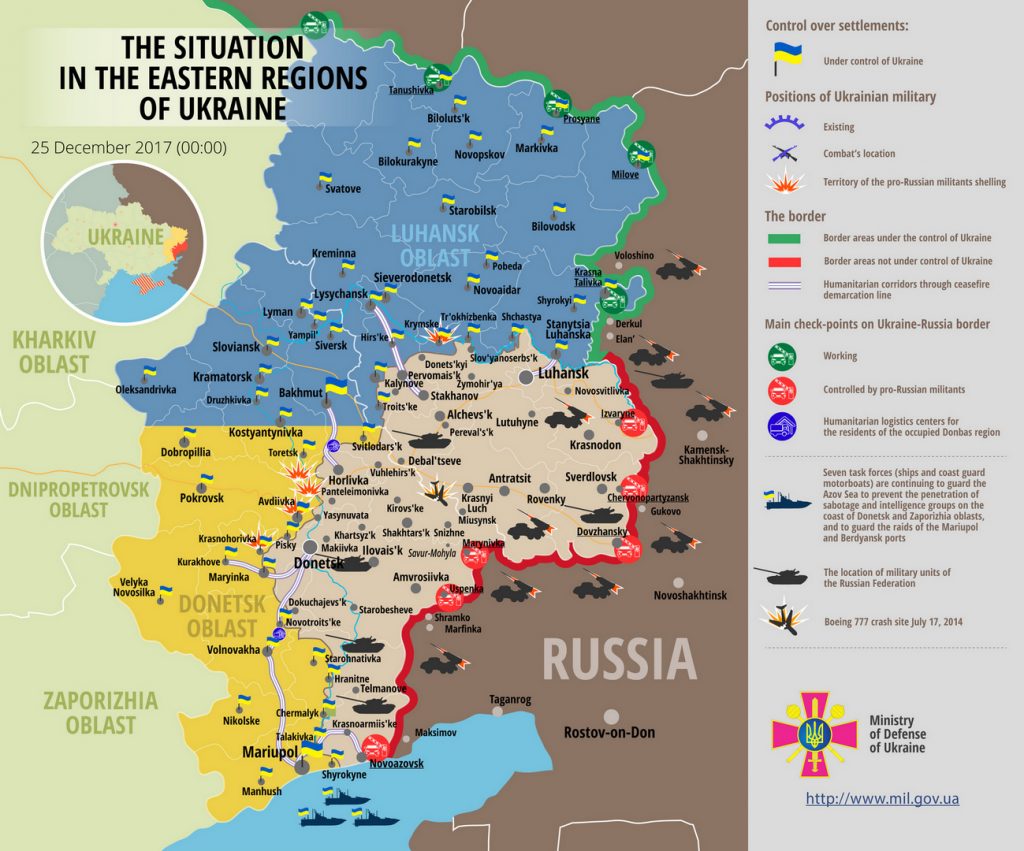 In Donetsk sector, Russia-backed militants attacked Ukrainian positions during the whole day along the entire front line. In the afternoon and in the evening, Russian proxies attacked Avdiivka area with grenade launchers and small arms. In the afternoon, the militants attacked Ukrainian troops near Verkhniotoretske, Krasnohorivka, and Kamianka. “The enemy used small arms and grenade launchers. Moreover, an enemy sniper was spotted near Verkhniotoretske,” Colonel Motuzyanyk elaborated.

Unfortunately, one Ukrainian serviceman was wounded by mortar fire near Avdiivka yesterday.

Report on the military developments as of December 24 is available here. Interactive data on the shelling: chronology shelling chart and the interactive map.