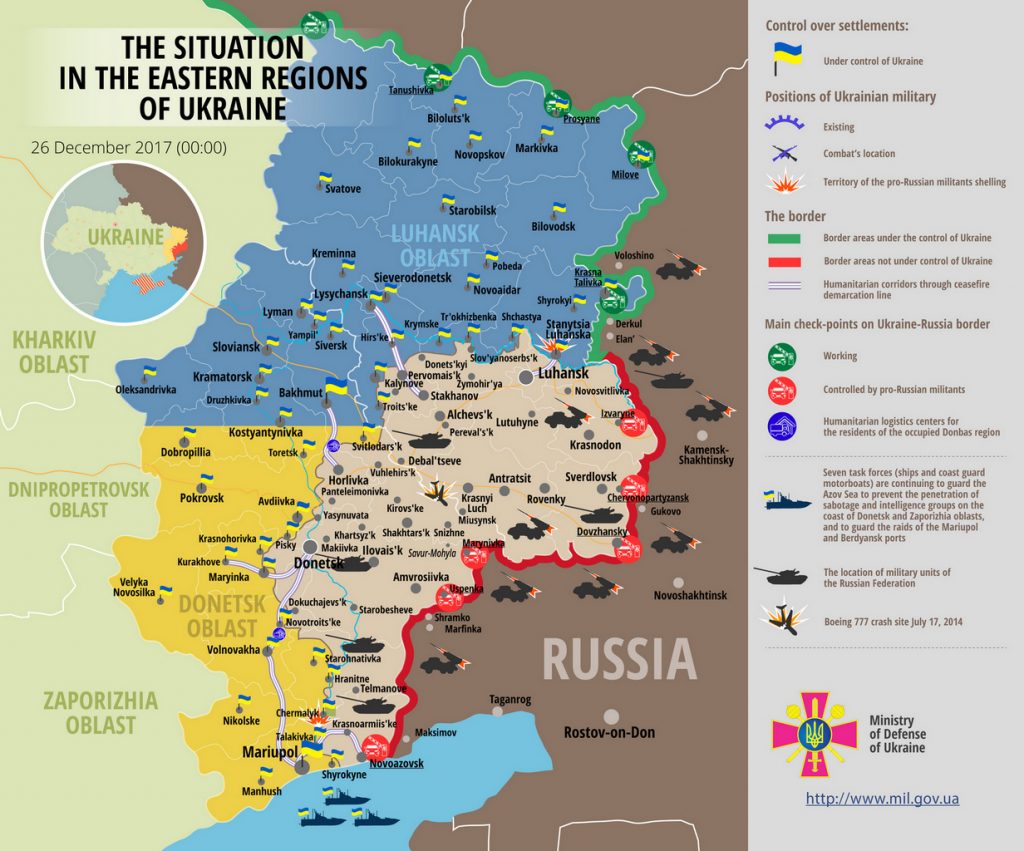 “The above attacks were of provocative nature and were not life-threatening, thus Ukrainian troops did not return fire,” Colonel Motuzyanyk said.