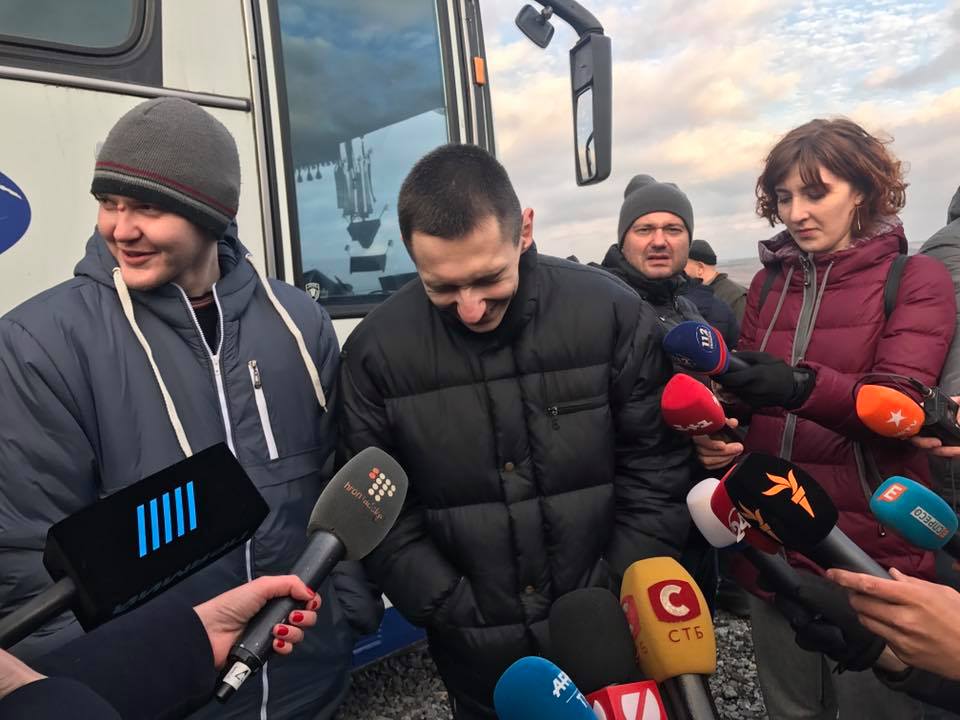 On December 27, 2017, a major exchange of prisoners took place in Donbas region for the first time in the past two years.

This was a really long-awaited event because some of the Ukrainians held captive by militants had been waiting for years: some got captured in 2014, others – in 2015, including the “cyborgs” from Donetsk airport.

Initially, the parties agreed to an exchange of 74 for 306. Russia-backed militants released 73 prisoners of 74, instead, Ukrainian negotiators handed over to the so-called “DPR” and “LPR” 233 people instead of 306.

The exchange process took place near the occupied Horlivka in Donetsk region at Maiorske checkpoint, the operation of which was suspended for that time.

The so-called “DPR” released 54 Ukrainian soldiers, “LPR” released 5 more; 14 more prisoners were civilians. Nevertheless, according to the SBU, even after the exchange Russian proxies are still holding captive 103 more Ukrainians.