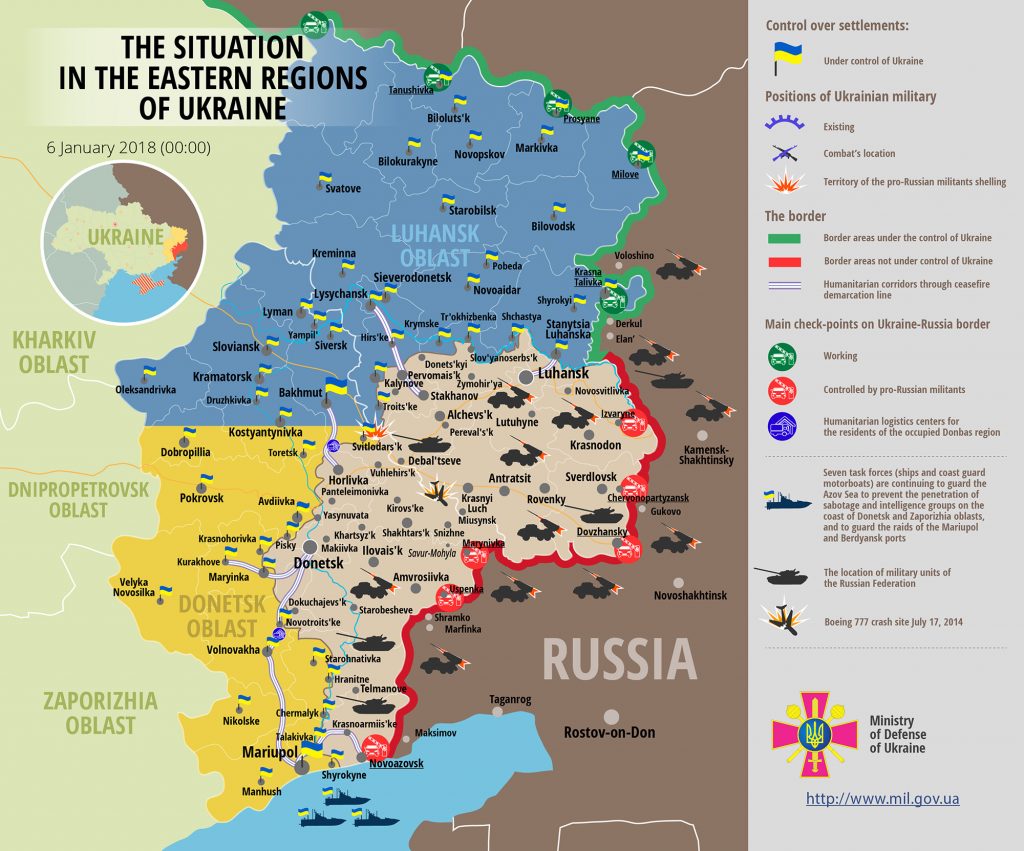 Luhansk sector was peaceful for most of the day. At 23:00 Russian proxies attacked Ukrainian positions near Luhanske with 120-mm mortar and large-caliber machine gun, having fired 10 mortar rounds.

Unfortunately, one Ukrainian serviceman was wounded in action near Shakhta Butivka.

Report on the military developments as of January 5 is available here. Interactive data on the shelling: chronology shelling chart and the interactive map.