Yesterday, at 21:00, militants broke the Christmas ceasefire with an attack on Verkhnyotoretske in Donetsk sector. “Russian proxies fired 15 82-mm mines and used small arms, firing at Ukrainian troops for more than half an hour”, reported Colonel Oleksandr Motuzyanyk, Ukrainian Ministry of Defense spokesman on ATO, at a press briefing at Ukraine Crisis Media Center. The Armed Forces of Ukraine followed the commitment to ceasefire completely and did not return fire. 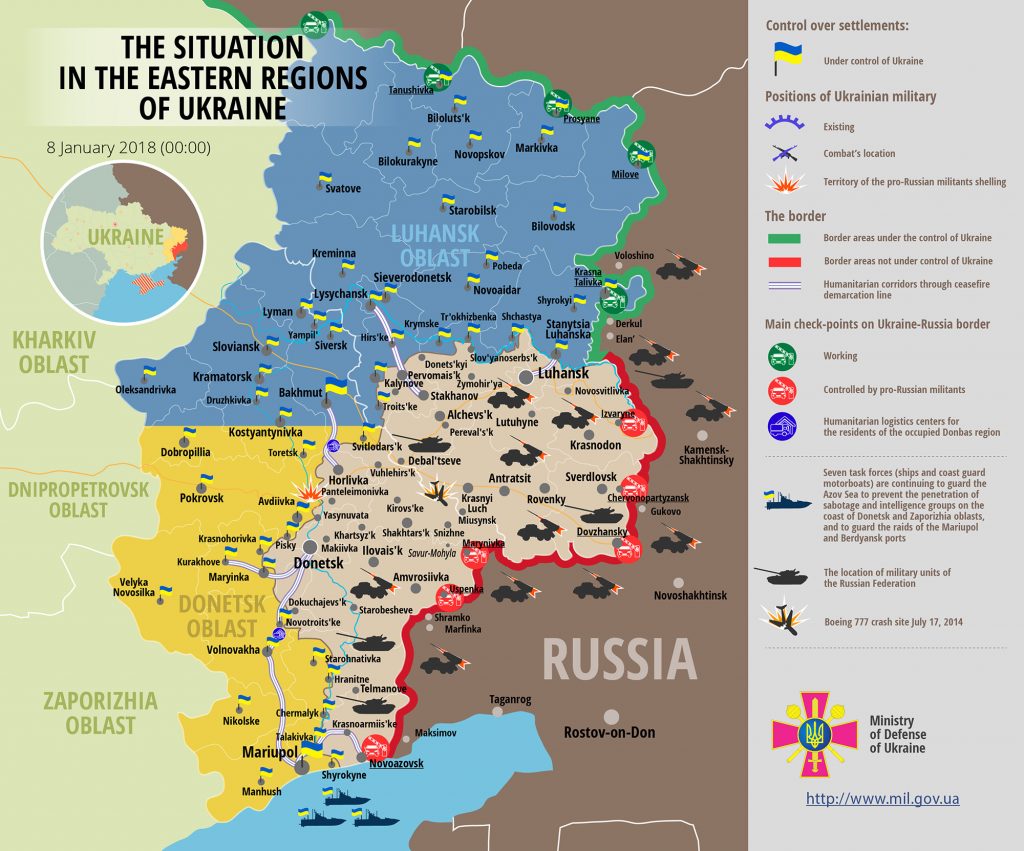 As a result of militants’ shelling, no Ukrainian troop was killed. One Ukrainian soldier was injured as a result of a subversion of an unidentified explosive device near Lopaskino. “He is in serious condition and was taken to the military medical facility, where he is now being provided the necessary treatment,” Colonel Motuzyanyk said.

In Luhansk sector, there were no ceasefire violations recorded yesterday.

Report on the military developments as of January 7 is available here. Interactive data on the shelling: chronology shelling chart and the interactive map.