The situation in the combat zone escalated over the last day as Russia-backed militants increased the number of attacks on the Ukrainian troops’ positions involving Minsk-proscribed mortars. Militants made seven precision attacks and fired over 40 rounds with 82-mm and 120-mm mortars, reported Ukrainian Ministry of Defense spokesman on ATO Colonel Dmytro Hutsulyak at a press briefing at Ukraine Crisis Media Center. 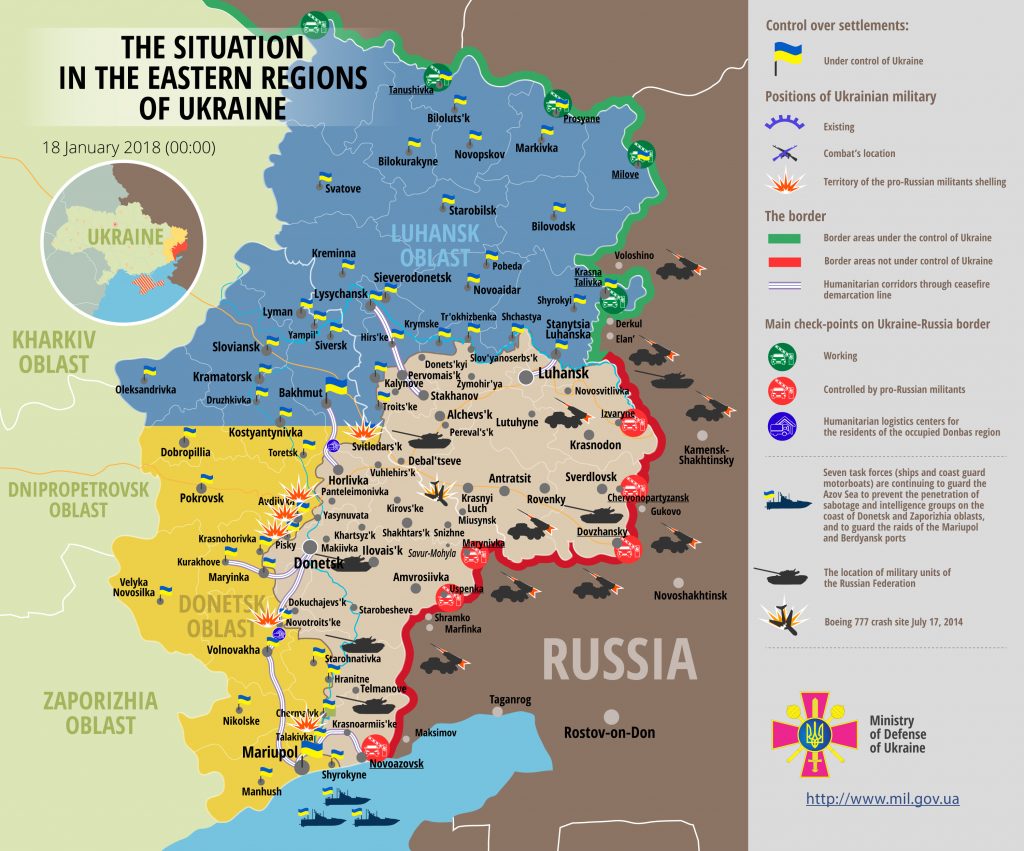 Unfortunately, one Ukrainian serviceman was killed in action near Hnutove at about 21:00 yesterday.

As was reported yesterday, two Ukrainian troops were killed and five injured as their vehicle was blasted by an unknown explosive device in the early hours of January 17.

According to the ATO Staff,  militants are planning provocations in both the government-controlled and uncontrolled territory. They plan to shell their own positions and residential areas on both sides of the contact line with heavy weapons.

Report on the military developments as of January 17 is available here. Interactive data on the shelling: chronology shelling chart and the interactive map.