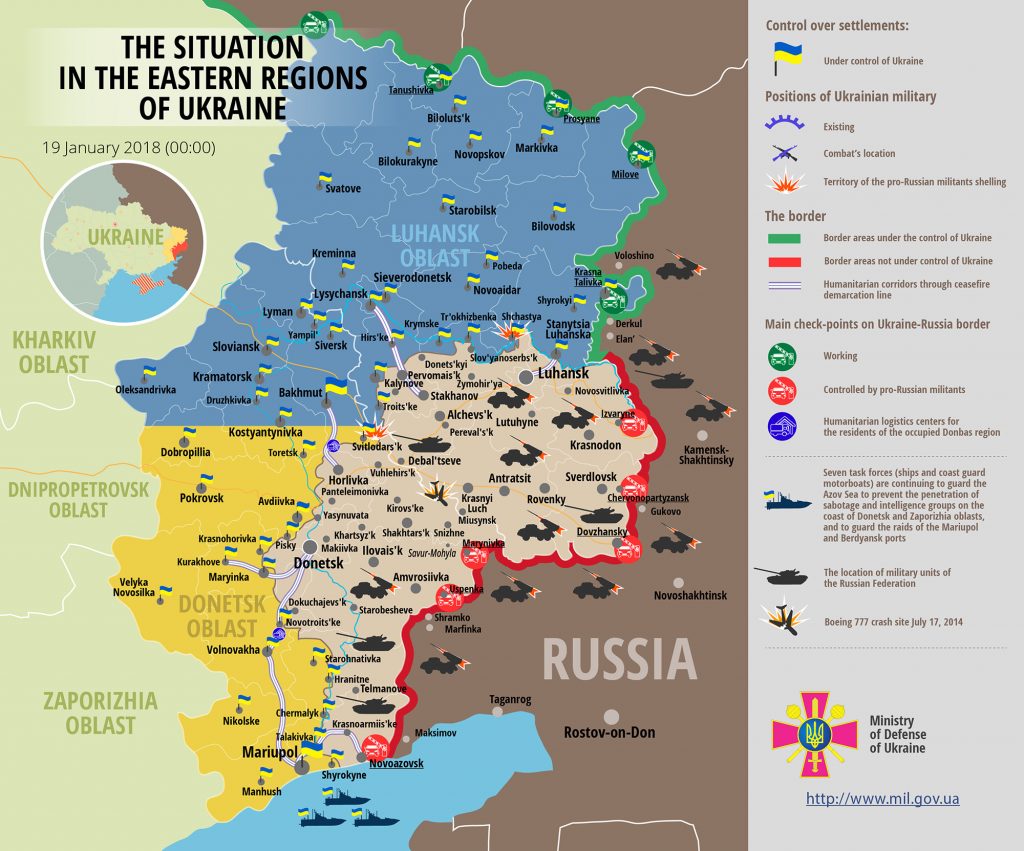 Ukrainian troops did not incur combat casualties over the last day. “However, one Ukrainian serviceman was injured in course of engineering works in Donetsk sector. There is no threat to his life now, his health condition is satisfactory,” the ATO spokesperson said.

Report on the military developments as of January 18 is available here. Interactive data on the shelling: chronology shelling chart and the interactive map.