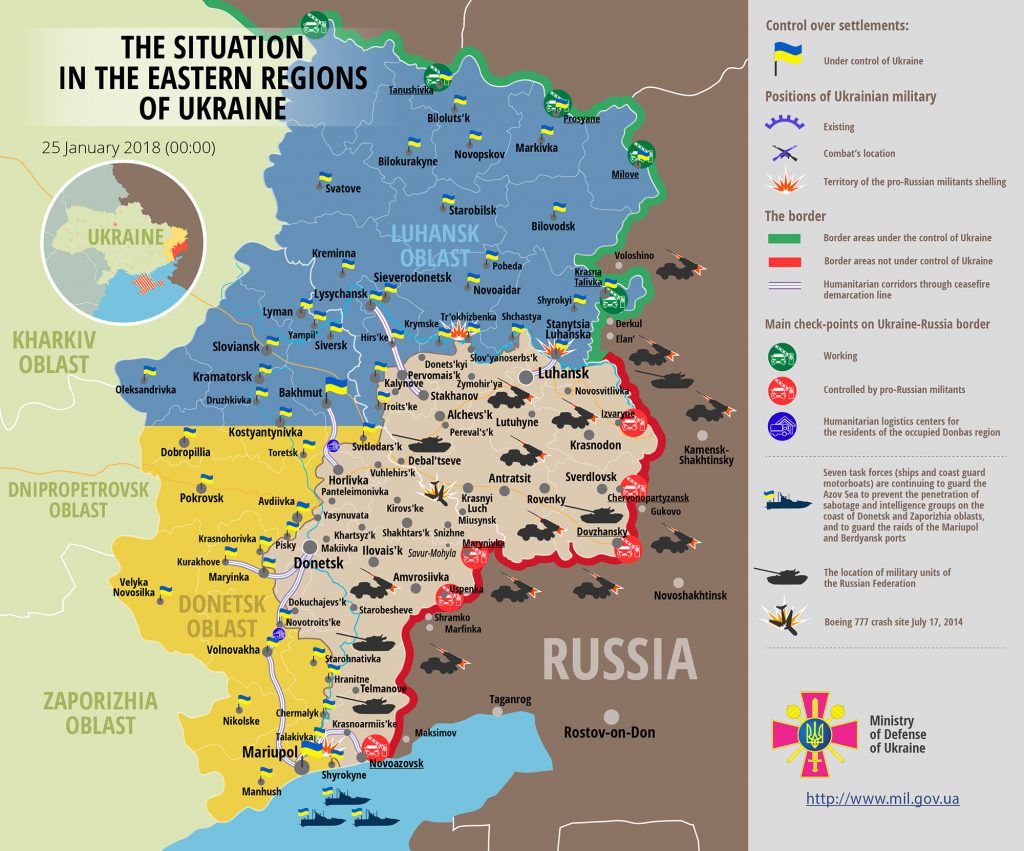 In Luhansk sector, Russian proxies attacked Ukrainian positions in Stanytsia Luhanska area at 18:40 and near Kriakivka at 21:00, having used small arms.

In Donetsk sector, the militants attacked Lebedynske at 17:00, having fired ten 120 and 82-mm mortar rounds over 30 minutes.

Unfortunately, one Ukrainian serviceman was wounded in action near Kriakivka.

Report on the military developments as of January 24 is available here. Interactive data on the shelling: chronology shelling chart and the interactive map.