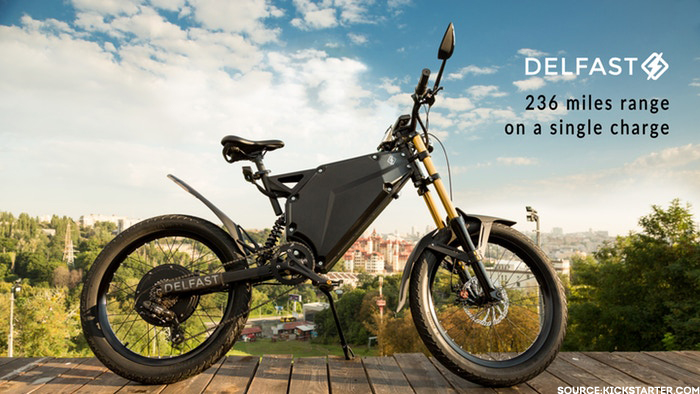 These days when the whole world is following the launch of Elon Musk’s rocket, a small Ukrainian company came into the spotlight on the national market and beyond, after it revolutionized the capacities of electric bicycles. Their invention dubbed “a Tesla car among bikes” demonstrates the top range that has already beaten the world record. The e-bike is being used both in Ukraine and outside of the country. UCMC has collected main facts on this successful Ukrainian startup, we also quote the company’s founder speaking.

From delivery service to technological innovation

Ukrainian company Delfast started back in 2014 as a courier service delivering oversized cargo in one hour. The idea behind the service was not only to give to online shops an opportunity to satisfy the most impatient customers, but to also make it in such a way not to damage the environment. Electric bikes as a means of transport for couriers were an ideal option – as they were highly mobile, cost- and energy-efficient as well as environmentally friendly.

Direct speech: “Do you know why we made such a bike? Three years ago me and my business partner established the Delfast company – a one-hour courier delivery service. We started delivering goods purchased online at the speed of the ‘pizza delivered’. We thus turned the logistics in Ukraine upside down: before the delivery would have taken several days, we started delivering goods right after the order. No one likes to wait an extra second. Our clients are the biggest Ukrainian companies including PrivatBank, Kyivstar, Allo and Moio; we do the delivery from Rozetka online shop as well as from hundreds of others. We operate in Kyiv, sold our franchise in Odesa, kick-started our activities in Kazakhstan and Poland (in Almaty and in Warsaw). In February-March we plan to open up in Krakow and in Dnipro,” says Danylo Tonkopiy, founder of Delfast. 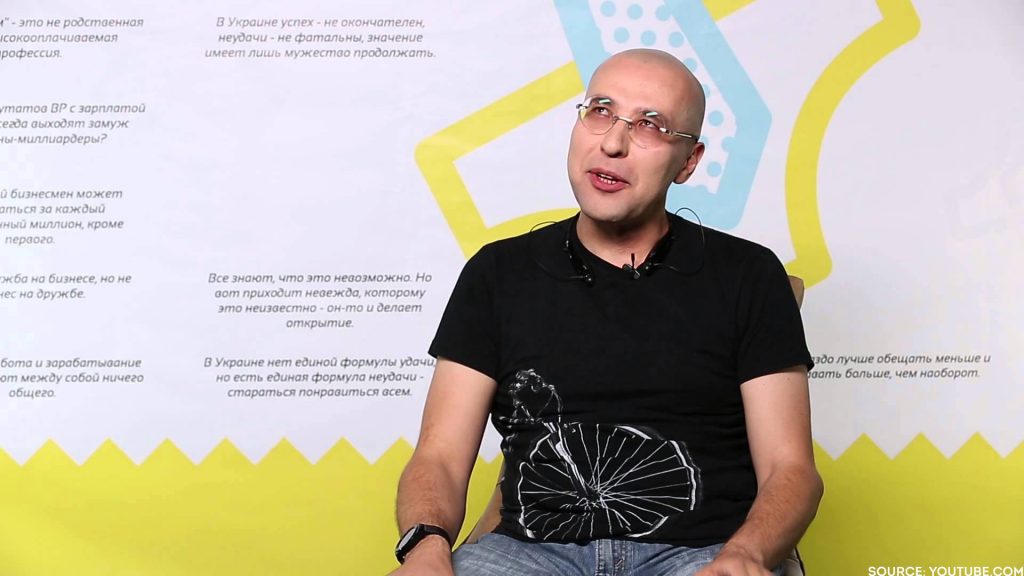 In the beginning at Delfast they were using Chinese e-bikes, but over the time the team started producing them on their own.

The world record: “a Tesla car among bikes”

The first version of the Ukrainian bicycle had a top speed of up to 95 kilometers per hour and sported a top range of 60 kilometers. The most recent model of the Delfast e-bike has a maximum range of 380 kilometers when made at the average speed of 45 km/h or at 55 km/h maximum. The model range has been expanded with the “Top” series of e-bikes that can go at the maximum of 80 km/h as well as with the “Lite” series featuring a lighter frame and a relatively low cost.

Direct speech: “We have set a world record. A Ukrainian Delfast-produced electric bike went 367 kilometers on a single charge on a Kyiv velodrome. It is an official Guinness record. To compare, the previous Guinness record had the maximum range of 80 kilometers, meaning that we have not simply ‘improved’ the maximum range but far exceeded everything that is there in the world several times,” says Danylo Tonkopiy, founder of “Delfast”.

The company founder Tonkopiy travelled 380 km on a single charge covering the distance from Kyiv to Lviv having registered it on a video.

Direct speech: “Dare I say it, we have revolutionized the two-wheel transport! We made a breakthrough on the bicycles and motor bikes market, similar to the one that Elon Musk made on the market of cars! We have produced a Tesla car among bikes,” says Danylo Tonkopiy, founder of Delfast.

Who may benefit from the invention?

Based on the first feedback on their invention that Ukrainians received internationally, the e-bike may become highly in demand across the globe. In any country local self-government staff are in need of the light transport means. Take municipal utilities for energy, gas or water – an electrician at the district level, for example, may visit the nearby villages on an e-bike. An e-bike is several times cheaper than a car, while its maintenance is several times more efficient that leads to saving at all budget levels. Besides, electric bicycles can be used by police, army, medics, postal services etc.

International interest in the Ukrainian e-bike

What is the problem of the Ukrainian Musk?

The problem that the Ukrainian innovator is facing is very down-to-earth. At the moment the production cost of the e-bike is not affordable for many of the countries that have demonstrated their interest. Thus, the cheap Lite model may cost between USD 2.449 and USD 3.489 to produce, its retail price may go up to USD 4.160. The basic Prime model costs between USD 2.989 and USD 4.289, USD 5.180 in retail. The Top model respectively costs between USD 3.829 and 5.879, USD 6.890 in retail.

The costs might go much lower should the company succeed in setting up mass production of e-bikes. To achieve that they currently lack support, more particularly, that of the state.