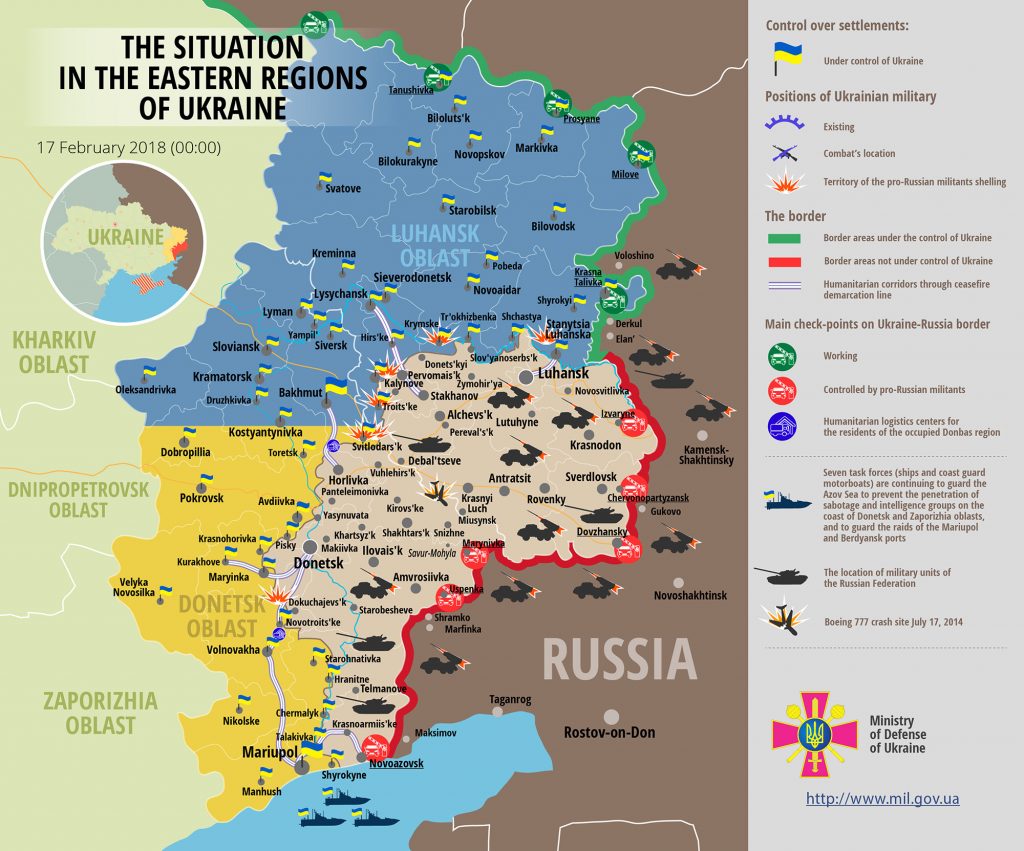 The highest number of Russian proxies’ attacks in Luhansk sector took place in Svitlodarsk area. In the morning and during the day, militants committed a number of short attacks near Zalizne, Luhanske, Malynove and Taramchuk, firing from various grenade launchers, heavy machine guns and other light weapons. Between 16:00 and midnight, they repeatedly fired from 120-mm and 82-mm mortars near Luhanske, Troitske and Svitlodarsk. “They accompanied mortar fire in these areas, as well as near Novooleksandrivka, with intense fire from grenade launchers, heavy machine guns and other light weapons. In addition, militants fired from weapons of an infantry fighting vehicle. This happened near Luhanske late at night,” noted Col. Prauta.

Compared with the previous day, it was relatively calm in Donetsk sector. Militants violated the ceasefire once at about 9:00 near Taramchuk, using heavy machine guns and small arms.

Report on the military developments as of February 16 is available here. Interactive data on the shelling: chronology shelling chart and the interactive map.