Russia-backed militants made 15 attacks in the combat zone over the last day and fired a total of eight artillery shells as well as 93 mortar rounds of 82-mm and 120-mm caliber. Ukrainian troops returned fire three times over the last day, reported Ukrainian Ministry of Defense spokesman on ATO Colonel Dmytro Hutsulyak at a press briefing at Ukraine Crisis Media Center. 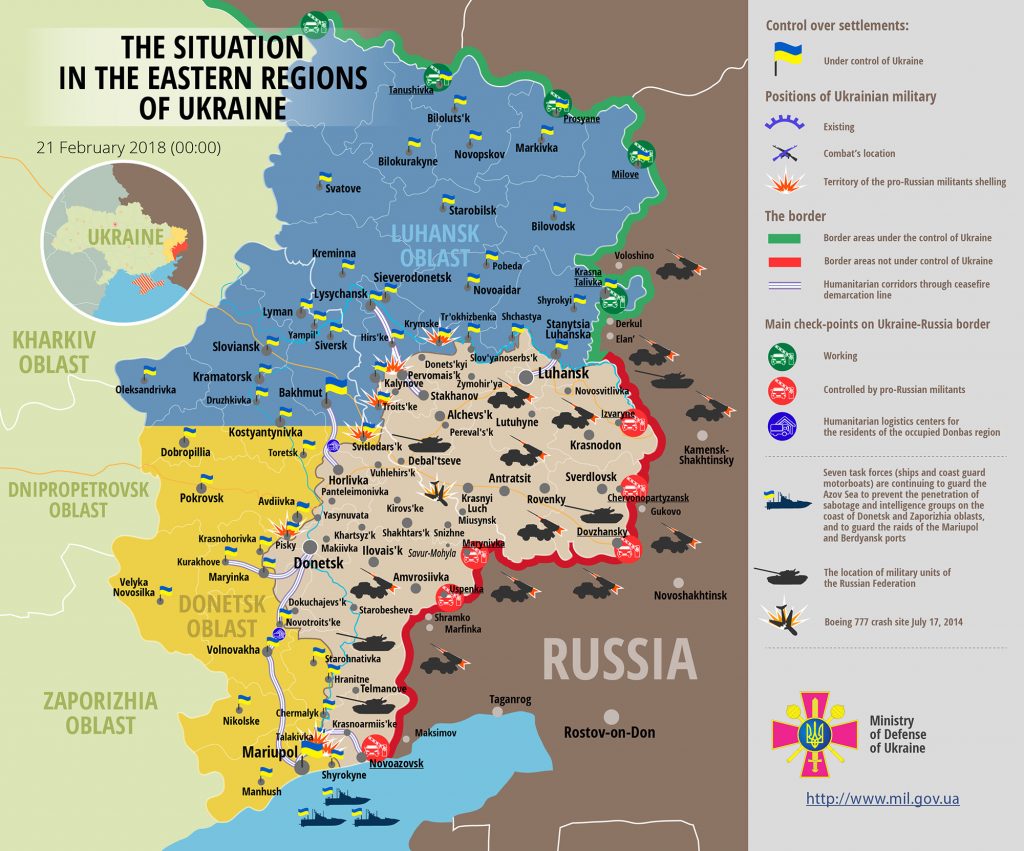 Among other news, the President of Ukraine signed the Law “On peculiarities of the state policy on ensuring the state sovereignty of Ukraine over the temporarily occupied territories in Donetsk and Luhansk regions.” “The Law stipulates that it is the Russian Federation that did occupy the Ukrainian territories,” Ukrainian Ministry of Defense spokesman on ATO Colonel Dmytro Hutsulyak said.

Report on the military developments as of February 20 is available here. Interactive data on the shelling: chronology shelling chart and the interactive map.