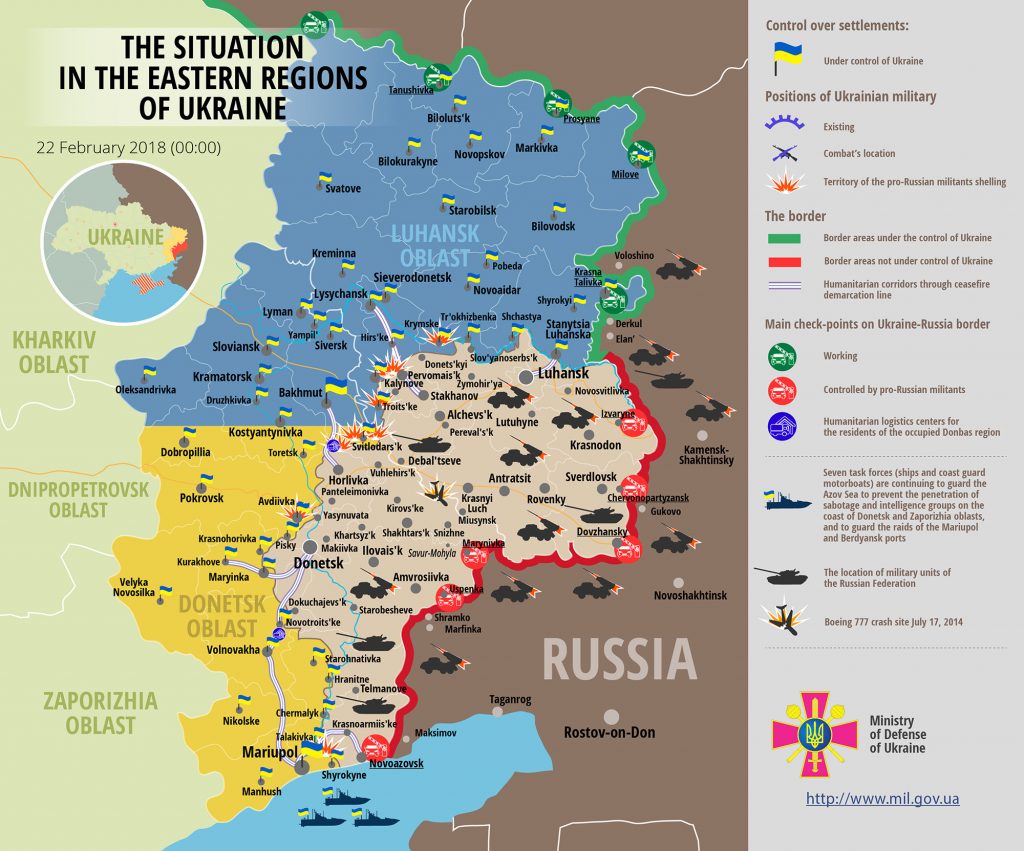 Unfortunately, three Ukrainian troops were wounded in action, one more serviceman incurred a combat injury. Moreover, one Ukrainian serviceman was killed as a result of inappropriate handling of weapons.

Report on the military developments as of February 21 is available here. Interactive data on the shelling: chronology shelling chart and the interactive map.